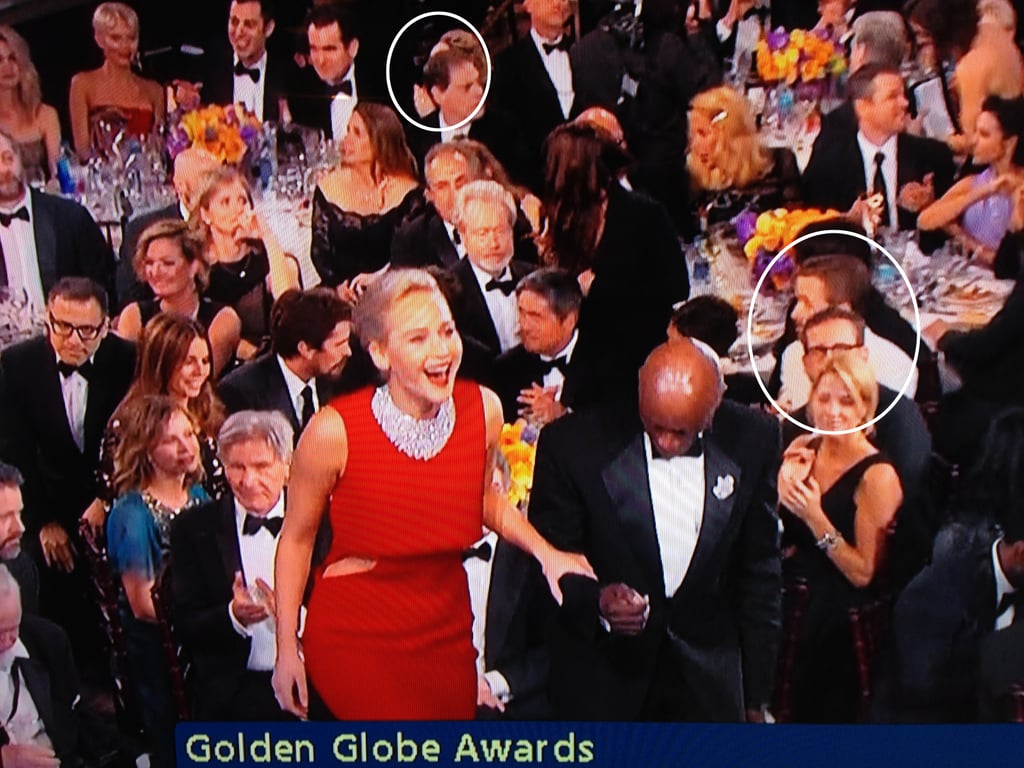 Important: Ryan Gosling and Rachel McAdams Were Both at the Golden Globes

Ryan Gosling made his triumphant return to the red carpet a couple months ago while promoting his film The Big Short, and the actor showed up to the Golden Globes on Sunday to help support the movie, which was nominated for best motion picture, musical or comedy. While Ryan spent most of the night mingling with costars Brad Pitt, Christian Bale, and Steve Carell, there was another Globes guest who we would have loved to see him interact with: his ex-girlfriend Rachel McAdams. Rachel looked gorgeous on the red carpet in a floral Lanvin gown, and once she got inside it was hard to ignore the fact that she was sitting just two tables away from Ryan — is anyone else getting hot flashes thinking about their epic MTV Movie Awards moment back in 2005?

Though Rachel and Ryan only dated for four years and have both moved on to other people, (and in Ryan's case, parenthood), we'll always look back on their relationship as a shining beacon of hope for onscreen couples turned real-life lovers (and of course, we'll always be able to watch The Notebook over and over and over again). Keep reading to see all the photos of Ryan and Rachel (so close, yet so far apart) at the Golden Globes.

Oscars
1995 Called, and Honestly, It's Really Proud of These Beauty Looks From the Oscars
by Kristin Corpuz 7 hours ago

Ariana Grande
Ariana Grande Links Up With BTS at Grammys Rehearsals, and Hey, How About a Collab?
by Kelsey Garcia 15 hours ago