Dwayne sent social media into a frenzy when he took to Instagram to slam his Fast 8 male costars for their unprofessional behavior. His post reads as follows:

"This is my final week of shooting #FastAndFurious8. There's no other franchise that gets my blood boiling more than this one. An incredible hard working crew. UNIVERSAL has been great partners as well. My female co-stars are always amazing and I love 'em. My male co-stars however are a different story. Some conduct themselves as stand up men and true professionals, while others don't. The ones that don't are too chicken shit to do anything about it anyway. Candy asses. When you watch this movie next April and it seems like I'm not acting in some of these scenes and my blood is legit boiling - you're right.

Bottom line is it'll play great for the movie and fits this Hobbs character that's embedded in my DNA extremely well. The producer in me is happy about this part. Final week on FAST 8 and I'll finish strong.
#IcemanCometh #F8 #ZeroToleranceForCandyAsses."

While he didn't name any names, some speculated that "candy asses" referred to Scott Eastwood, since he used the same term recently during an Esquire interview with his dad, though it also happens to be one of The Rock's famous wrestling catchphrases. 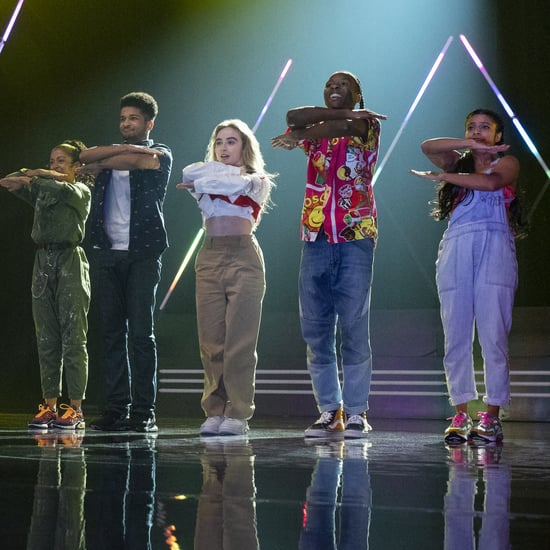 Celebrity Facts
How Old Is the Cast of Netflix's Work It? They Most Certainly Aren't Teenagers
by Grayson Gilcrease 1 day ago

Celebrity Couples
Who's Single and Who's Taken on Selling Sunset? Here's Where the Stars Stand
by Corinne Sullivan 1 day ago