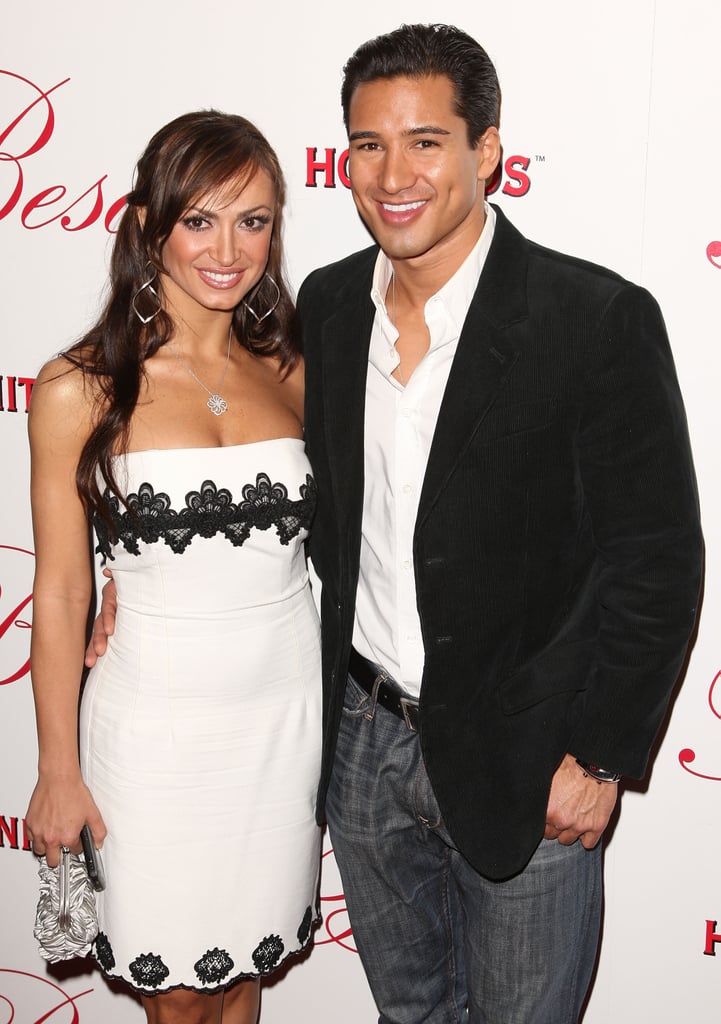 Former Saved by the Bell actor Mario Lopez was paired up with Dancing With the Stars pro Karina Smirnoff back in 2006. Despite earning high scores all season, they narrowly missed victory on the dance floor — but that didn't stop them from dating and moving in together a year later. After Mario admitting to cheating in 2008, he and Karina split, and he married Courtney Mazza in 2012. The couple share two children.