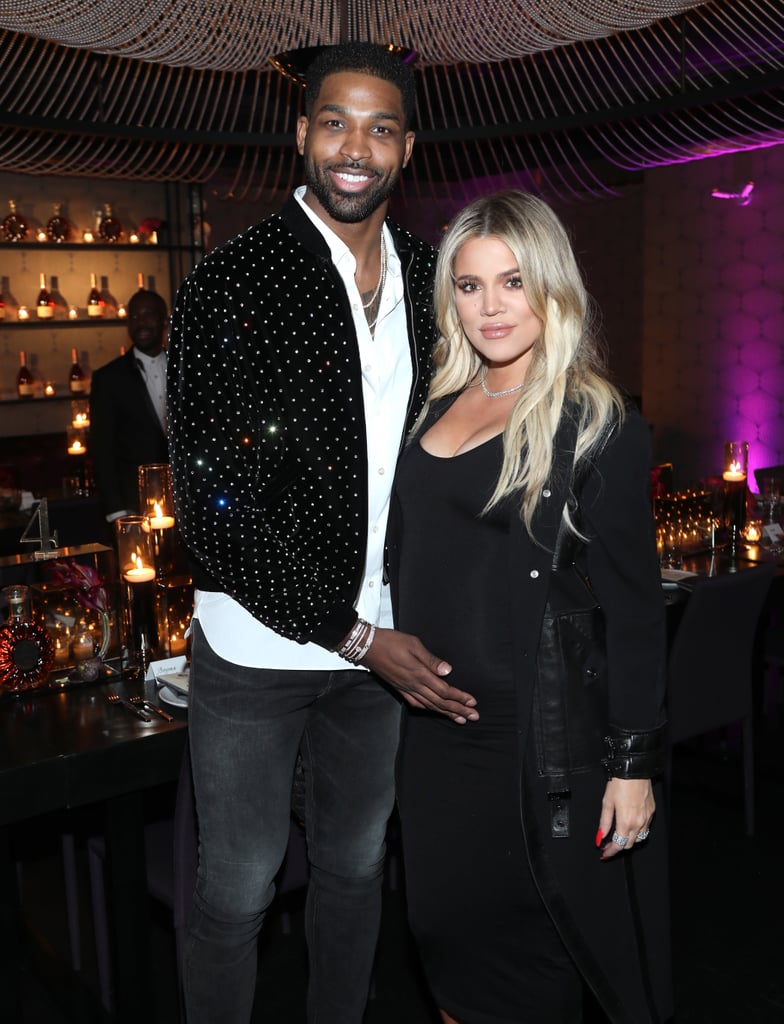 Khloe Kardashian and Tristan Thompson's relationship has been anything but smooth sailing. The two initially met in September 2016 and started dating shortly thereafter. At the time, Thompson was expecting a child with Jordan Craig, though it is unconfirmed whether or not the two were still together at the time, per People. The couple enjoyed the remainder of the year with Halloween festivities, holiday gatherings, and basketball games.

By April 2017, Kardashian revealed to The Evening Standard that the two were open to starting a family together, saying, "We've talked about it. He [already] is a father and I know for a fact that he would be an impeccable father. I definitely want to be a mom. But I don't put the pressure on it." In 2017, People revealed that Kardashian was expecting her first child with Thompson in September, though she did not personally confirm the news until months later in December via Instagram, writing in part, "My greatest dream realized! We are having a baby! I had been waiting and wondering but God had a plan all along. He knew what He was doing. I simply had to trust in Him and be patient."

Unfortunately, the birth of her daughter True Thompson on April 12, 2018, was partially overshadowed when news that the basketball player cheated on her broke just a day before. Since the initial reports of Thompson's infidelities, the couple were in an on-again, off-again relationship over the next three years, which was further complicated by more cheating accusations, including one with Jordyn Woods, Kylie Jenner's best friend at the time. In February 2019, Thompson and Woods allegedly locked lips at his home after a night of partying, as reported by Us Weekly. The scandal completely dismantled Kardashian and Thompson's relationship, though Thompson initially denied the kiss ever happened. In March 2019, Woods appeared on "Red Table Talk" to share her side of the story, saying, "[There was] no passion, no nothing. He just kissed me." The couple seemed to take a break for the remainder of 2019, and rekindled their relationship in June 2020, per People. The two dated on and off throughout 2021, with Kardashian ending their relationship after news broke of Thompson's involvement in yet another cheating scandal. This time, it involved not only cheating on Kardashian, but fathering a child with Instagram model Maralee Nichols. In December 2021, the pair were officially over, with a source telling People, "Tristan and Khloé have been broken up for a while, and things are okay between them."

As of April 2022, both Kardashian and Thompson are dedicated to coparenting True and remain friends. The "Keeping Up With the Kardashians" star opened up to Robin Roberts about the state of her relationship with Thompson, telling GMA, "I still think he's a great guy, and he's a great dad. He's just not the guy for me."

On Aug. 5, 2022, it was confirmed that Kardashian and Thompson had welcomed their second child, a son, via a surrogate. However, they have no current plans to reunite romantically and instead are focusing on coparenting.