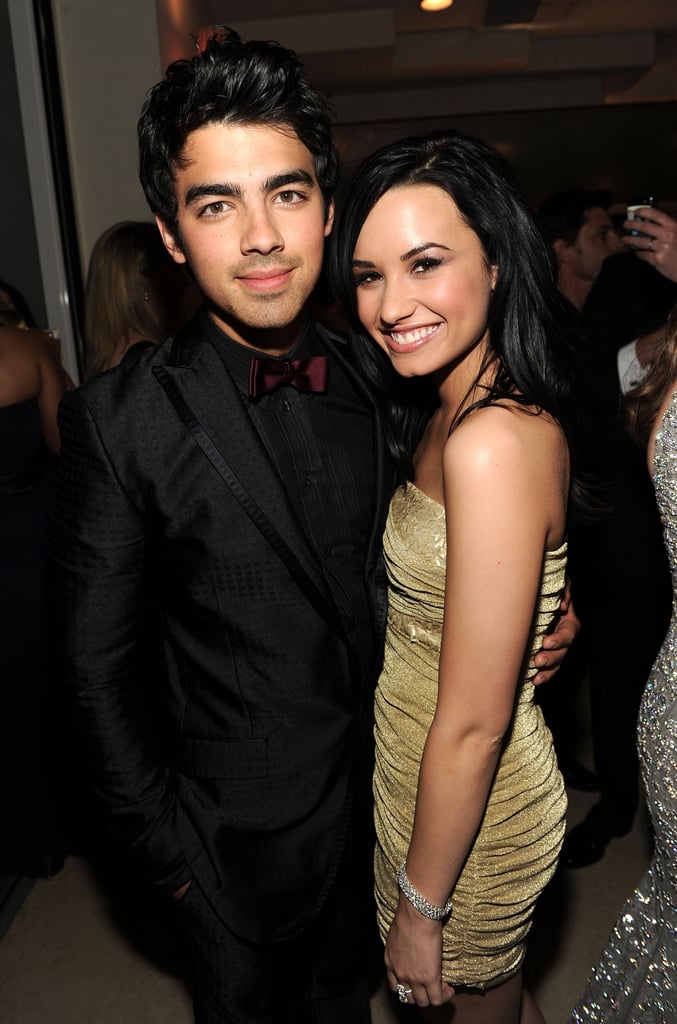 After starring in Disney Channel's Camp Rock in 2007, their friendship eventually turned into something more in 2010. Despite breaking up after only a few months, the two remain close friends today. Joe is even pretty tight with Demi's ex Wilmer Valderrama, whom she's also still close with.

Winter Fashion
Yes, Gigi Hadid Is Back Together With Zayn Malik, but Did You See Her Iridescent Bag?
by Nikita Ramsinghani 3 days ago

by Danielle Jackson 32 minutes ago