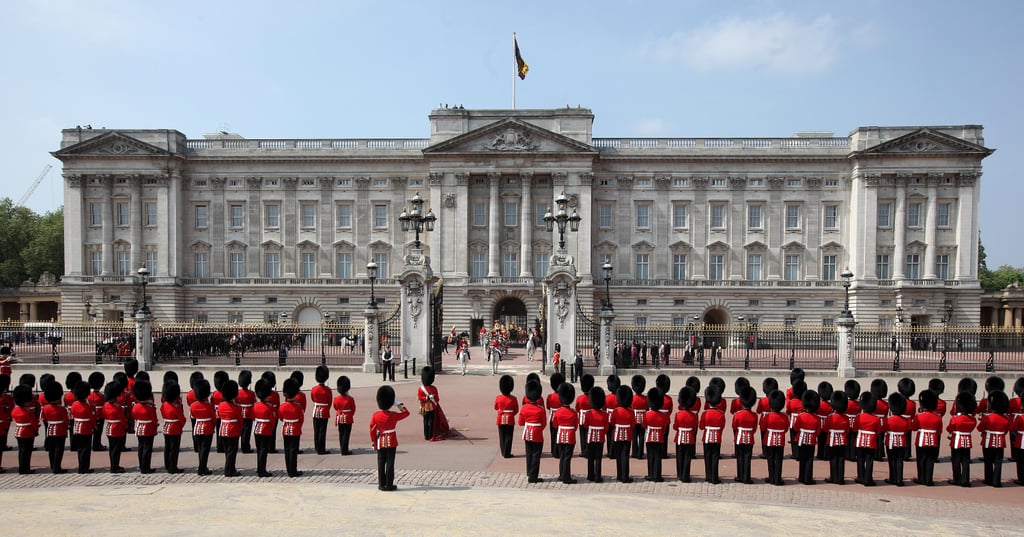 Royal relatives have inhabited the stately Buckingham Palace for centuries, and it has been the official London residence of the sovereign since 1837. As a 10-year-old princess in 1936, Elizabeth moved into the palace with her family when her father, George VI, became king — and since her own reign began in 1952, the queen has worked there, too.

Buckingham Palace boasts 775 rooms and functions as a home, office, art gallery, and year-round tourist attraction. It also serves as the site of many official visits with world leaders and a celebratory space for the royal family. We often see the entire brood step out onto Buckingham's famous balcony for Trooping the Colour, as well as after big royal weddings!

The Royals
Apparently, Prince Harry Was Mistaken For an Employee While Buying His Christmas Tree
by Tori Crowther 6 hours ago