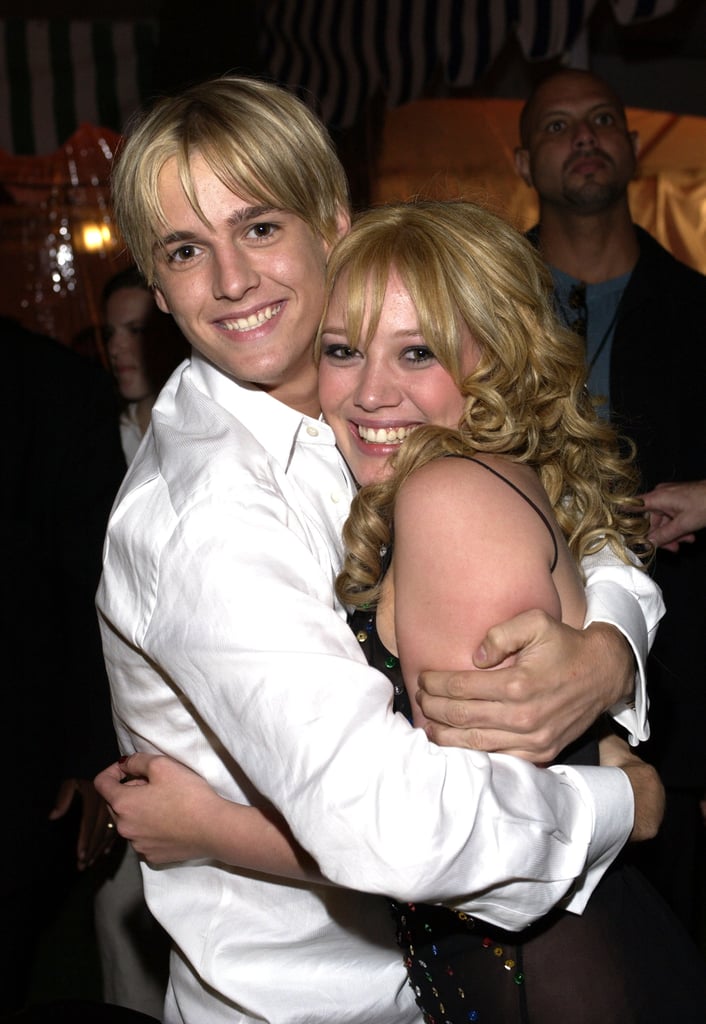 Hilary and pop star Aaron Carter began hanging out in 2000 when they were both only 13 years old, soon after Aaron appeared as himself on an iconic episode of Lizzie McGuire. The young pair continued to date on and off for almost two years, and in those off periods, Aaron spent his time with Lindsay Lohan, which fueled plenty of tween drama.

In 2014, more than a decade after their final breakup, Aaron professed on Twitter that he would spend the rest of his life trying to win her back. Oh, really? Hilary, however, stopped pining after her ex long ago. "We are both adults, and whatever happened, happened when we were young," she said back in 2007. "It's over."

Celebrity Instagrams
Bahja Rodriguez May Be Young, but She's No Rookie When It Comes to the Music Game
by Njera Perkins 13 hours ago

Schitt's Creek
Sarah Levy Just Got Married, but She's Given Glimpses Into Her Romance For Years
by Yerin Kim 3 days ago