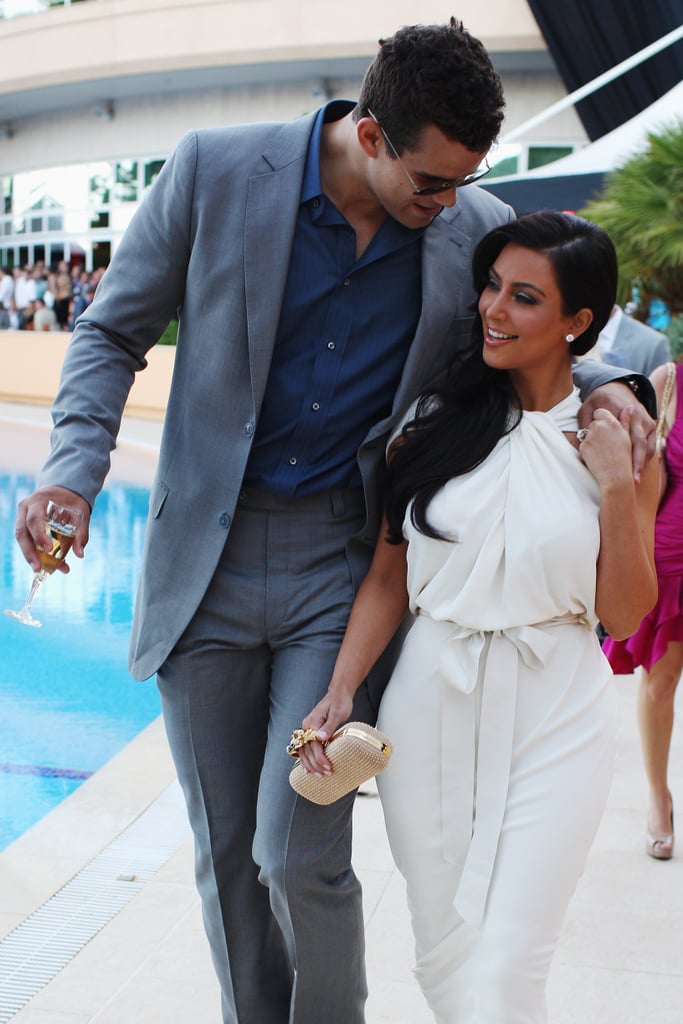 Before Kim Kardashian got together with Kanye West, remember when she was married to Kris Humphries? It's totally okay if you don't, their marriage lasted a mere 72 days, so it makes sense if you forgot.

Kim began dating the former NBA player in December 2010, and after six months of dating, they got engaged. They then tied the knot in a lavish wedding in Montecito, CA, in August 2011. The over-the-top wedding brought out tons of stars, including Eva Longoria, Julianne Hough, and Lindsay Lohan, and later aired as a two-night special on E!. However, their romance was short-lived as Kim filed for divorce less than three months later. Yep, this was definitely one of the shortest marriages in celebrity history.

Fast-forward to today, and Kim is now married to Kanye and they have four beautiful children together, daughters North and Chicago and sons Saint and Psalm. Kris, on the other hand, has since retired from the NBA and was last linked to model Khloë Terae.

Fashion Video
Normani, Justine Skye, and Sydney Sweeney Tell Us the Story of Their Steve Madden Shoes
by Sarah Wasilak 3 days ago