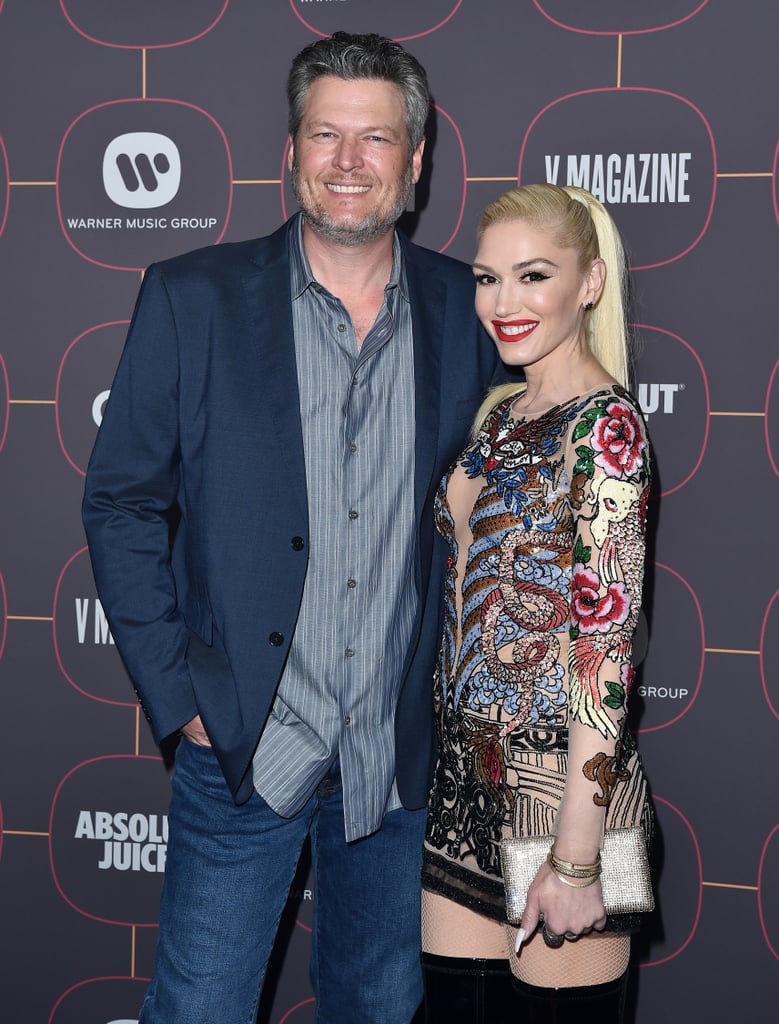 In November, Shelton's team officially confirmed the relationship to E! News and other outlets. After that announcement, they started appearing together more in public and on social media, as well as later seasons of The Voice. After years of adorable pictures and shared musical performances, Stefani shared news of their engagement on Instagram on Oct. 27, posting a picture of them together with her showing off her ring. "@blakeshelton yes please!" she captioned the photo, complete with an engagement ring emoji.