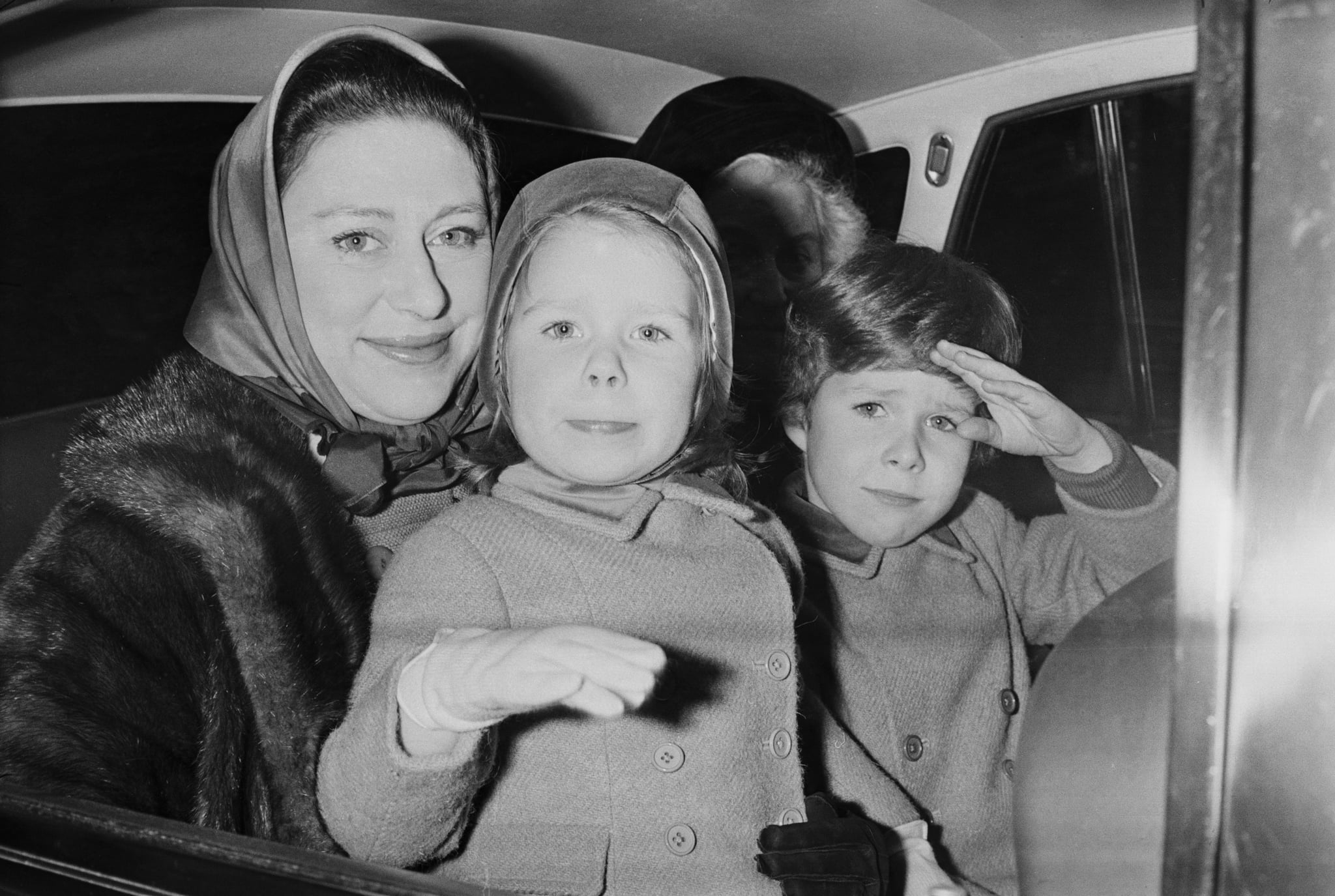 Princess Margaret is known for her wild child ways: her affairs, her smoking, and her scandals. As seen on Netflix's The Crown, she's the royal least willing to bend her image to fit the stuffy standards of perfection the British royal family is known for. Instead, she's gloriously messy — but that's not all she was. Princess Margaret was also a mother, and by all accounts a loving one. Her thoughts on motherhood remain largely unexplored as the press seemed to favor asking her about her exploits, but through the legacy of her two children with Antony Armstrong-Jones — David Linley, 57, and Lady Sarah Chatto, 55 — her influence as a mother becomes clears.

David is a furniture maker and the former chairman of the auction house Christie's UK, while his sister Sarah is an accomplished artist. Per The Daily Mail, Princess Margaret reportedly told the Queen before her death, "I may not have achieved very much — but I at least feel my life has not been wasted, because I have produced two happy and well-adjusted children." She reportedly didn't take to motherhood at first; having little interest in small children, she left their early care to Nanny Sumner. A 1985 excerpt from Stephen Barry's Royal Secrets shared by The Chicago Tribune revealed that the children's bond with their nanny was firm and loving, and Nanny Sumner seemed to be beloved by Margaret, as well. She was also a constant for the children whose presence lessened the upheaval of their parents' divorce in 1978.

As David and Sarah grew up, their mother began taking a more active role in their lives. In a 2011 interview with The Telegraph, her son recalled how his mother insisted that her children weren't royals. "I'm not technically royal. To quote my mother's fabulous observation: 'My children aren't royal, they just happen to have the Queen as an aunt,'" David said. "Someone did once bow to me, and my mother immediately told them off. Although whether she was prompted by the breach of protocol or the fact I enjoyed it a little too much, I really couldn't say."

Indeed, Margaret's concern as a mother seemed to have little to do with grooming her children to be members of the royal family. She was far more interested in teaching them to follow their passions and embrace the arts. David jested that his mother "first invented the word 'antiquing,'" and she would often take him and his sister along on her trips to antique shops, a tradition that he's carried on with his children. She was also keen on teaching them to appreciate art by taking them to see a singular piece of artwork at a time. David recounted a childhood memory of being taken to see a Vermeer to Vanity Fair in 2017, and asking his mother about all of the other pieces of artwork. "If you want to see those, you can go on your own," Margaret told her son at the time. The princess was also committed to showing her children what her work life was like, and she would take them along to some meetings and factory visits.

Her encouragement paid off as both of her children grew up to be artistic, and to lead relatively normal lives outside the limelight. Lady Sarah is particularly private, but she has her own way of honoring her mother. She is known for wearing Margaret's statement pearl earrings to royal events, including Prince Harry and Meghan Markle's wedding.

David and Sarah have ensured that their mother lives on through a charity they started in her name, the Princess Margaret Fund, which supports stroke research. They lost their mother to a stroke in 2002, and the charity is a way of honoring her memory. "I loved being around my mother," David said in a 2018 Alain Elkann interview. "In the house were very interesting people from all walks of life, there was creativity and music. She played the piano by ear, and at Christmas she held the Sacred and Profane buffet and people would play."

Recently, rumors began circulating that David would be penning a biography for his late mother to combat the depiction of her as a royal rebel in The Crown and unofficial royal biographies. He denied the reports in a statement to The Daily Mail, but he also said, "There have been a flurry of books about my mother, none of which has really caught her essence." It seems that Margaret's story is far too large to contain in a single book, and as a result, her role as a mother may never fully be known beyond the fond memories her accomplished children choose to share with the world.