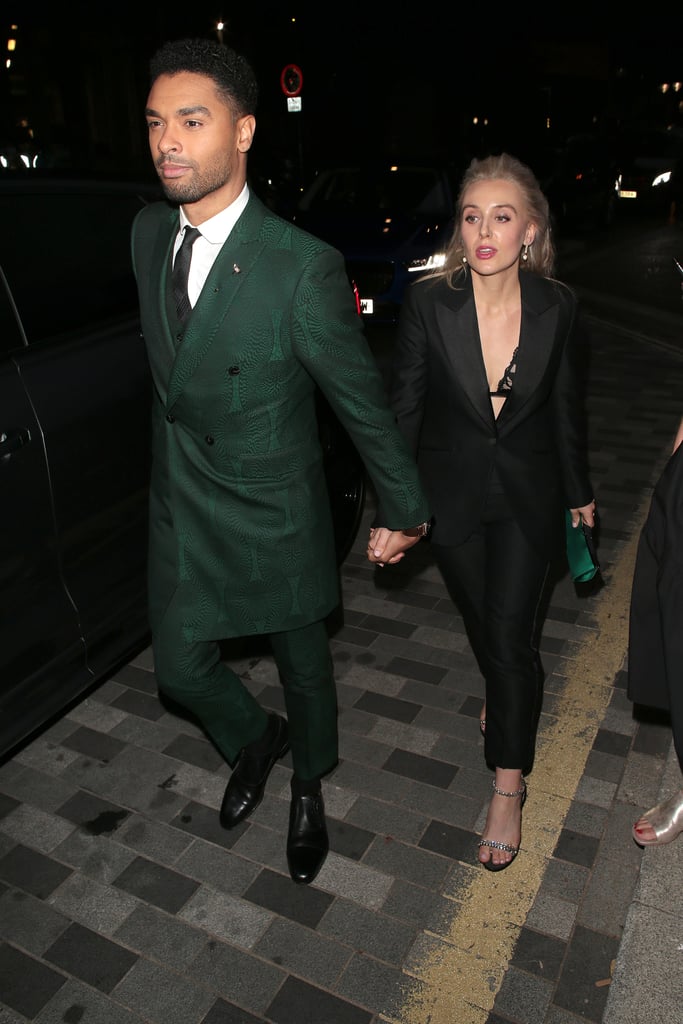 It was date night for Regé-Jean Page and Emily Brown at this year's GQ Men of the Year Awards. On Sept. 1, the rumored couple looked glamorous when they arrived hand in hand at the London ceremony. Even though the pair attended the show together, the 31-year-old Bridgerton star walked the red carpet solo before making his way inside, where he was honored with the award for standout performance of the year.

Regé and Emily were first linked together when they were spotted hugging in London this past February. Wednesday's star-studded event marked their first joint public appearance. Given that Regé rarely talks about his personal life, not much else is known about the status of their relationship, so in the meantime, please enjoy these photos of Regé and Emily ahead.