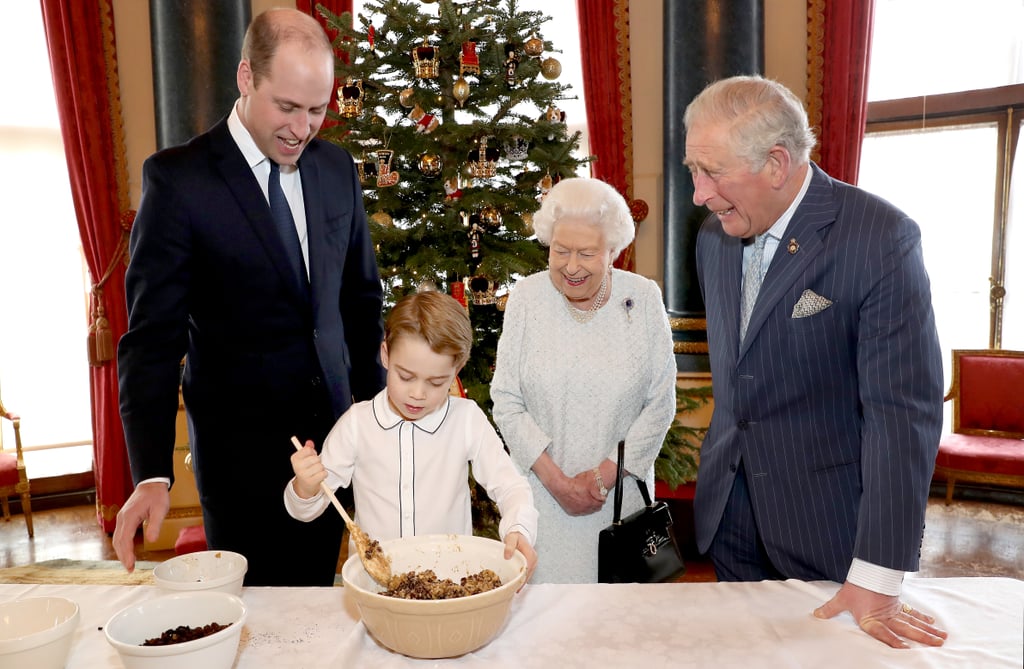 Prince George is cooking up something sweet! On Dec. 21, Kensington Palace blessed us with new photos of the 6-year-old royal making food with Prince William, Queen Elizabeth II, and Prince Charles. Three days later, on Christmas Eve, the palace also posted a clip of the quartet meal prepping. The snapshots and video show the family in the Music Room at Buckingham Palace, making special Christmas puddings as part of the launch of the Royal British Legion's Together at Christmas initiative. And it's pretty clear that Prince George is very into perfecting his craft as he mixes ingredients. Even William, Charles, and the queen shared a laugh as they watched him get into the groove.

According to the palace, the family's confections will "form part of 99 puddings distributed by @PoppyLegion across the UK and the Commonwealth, as the charity marks its 99th year in 2020." With the initiative, the Royal British Legion aims to support the armed forces community with annual get-togethers at the organization's different outreach centers. On Dec. 25, fans will get to see additional footage of George and his loved ones making the puddings during Her Majesty's Christmas broadcast. Look ahead to see more moments from their kitchen session!