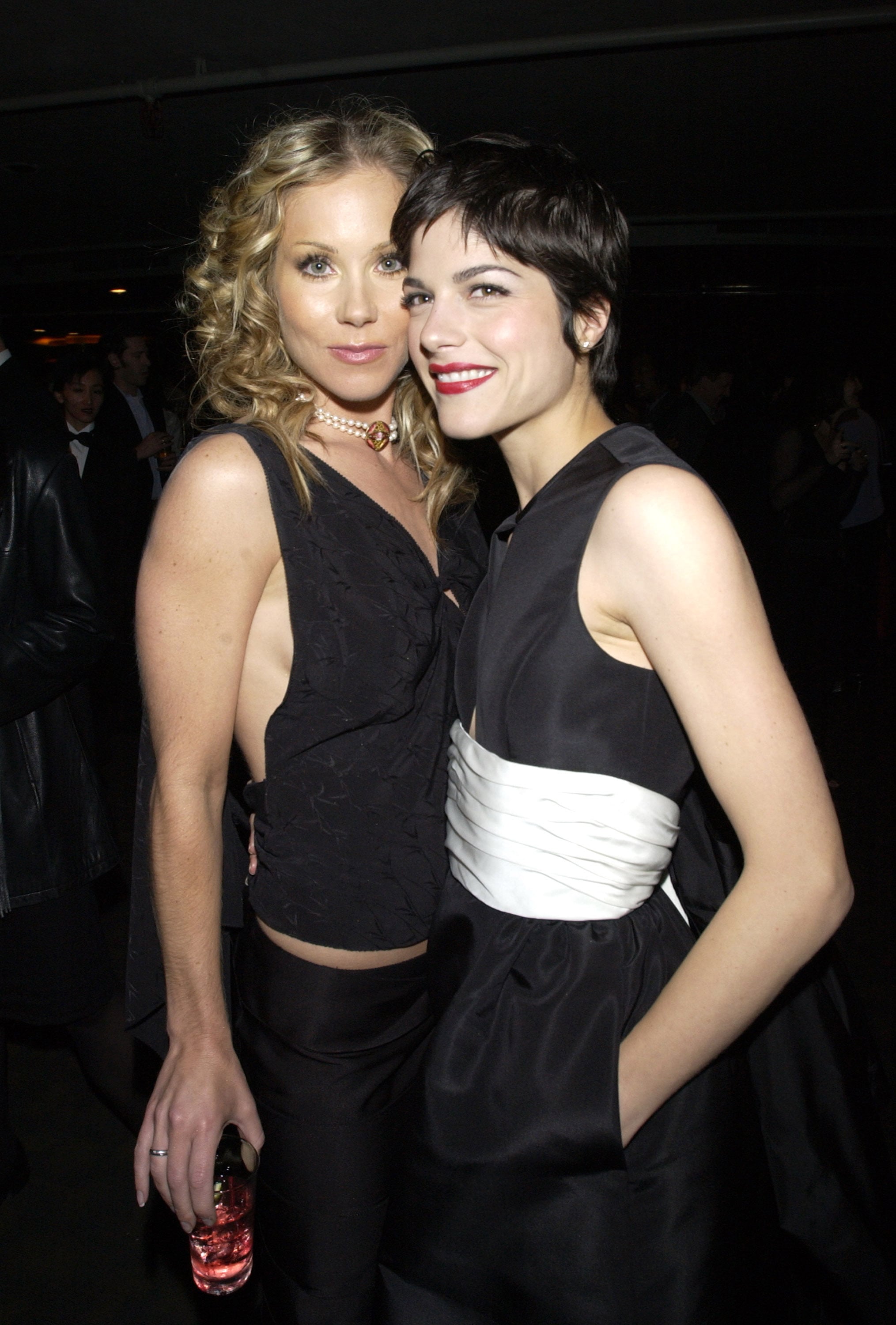 Longtime friends Selma Blair and Christina Applegate are supporting each other through their journeys with multiple sclerosis (MS). After the "Dancing With the Stars" season finale on Nov. 21, Blair spoke about her friendship with Applegate and how the two have leaned on each other during their respective battles with the condition. After exiting "DWTS" early due to health concerns, Blair, who was diagnosed with MS in 2018, had returned for a beautiful final performance.

"She's nailing just being who she is with this MS."

In the interview with Entertainment Tonight, the "Cruel Intentions" actor opened up about being there for her friend and former costar at Applegate's Hollywood Walk of Fame ceremony on Nov. 14. The ceremony marked the "Dead to Me" star's first public appearance since she shared her MS diagnosis in August 2021. "I'm a fan of hers," Blair said. "She is an iconic, iconic California girl, actress of my generation, and she is it. There has not been one thing that she's done that I haven't been like, 'Nailed it.' She's nailing just being who she is with this MS."

Blair had joined Applegate's family, fans, and friends, including her "Dead to Me" costar Linda Cardellini and former "Married . . . With Children" costars Katey Sagal and David Faustino. She added, "She's funny and definitely, her performance was amazing, but to be there, I just wanted to witness the greats in my friends' lives, just quietly back there. To know I was there for something that we dream about when we're little."

Though Applegate recently spoke candidly about her challenges ahead of the release of "Dead to Me" season three, Blair shared, "Christina still supports me. She's just such a strong one, she really is. She's such a nurturer. If you need something, she's at your house. There have been things that I had been unglued, and she's like, 'I'm outside, answer the door.'" Blair, on the other hand, said she's offered advice on canes. "I'm really into all that, all the things that help me get around. But she's getting it locked down. She has a lot on her plate. It's a lot, but she's just brilliant and beautiful as ever."

Blair and Applegate have known each other for more than 20 years. They costarred in the 2002 comedy "The Sweetest Thing" alongside Cameron Diaz and have since remained close friends. Ahead, watch Blair's touching interview in full.

Health
I Was "Stealthed" by a Partner. More States Need to Make It Illegal.
by Ashleigh Gray 18 hours ago