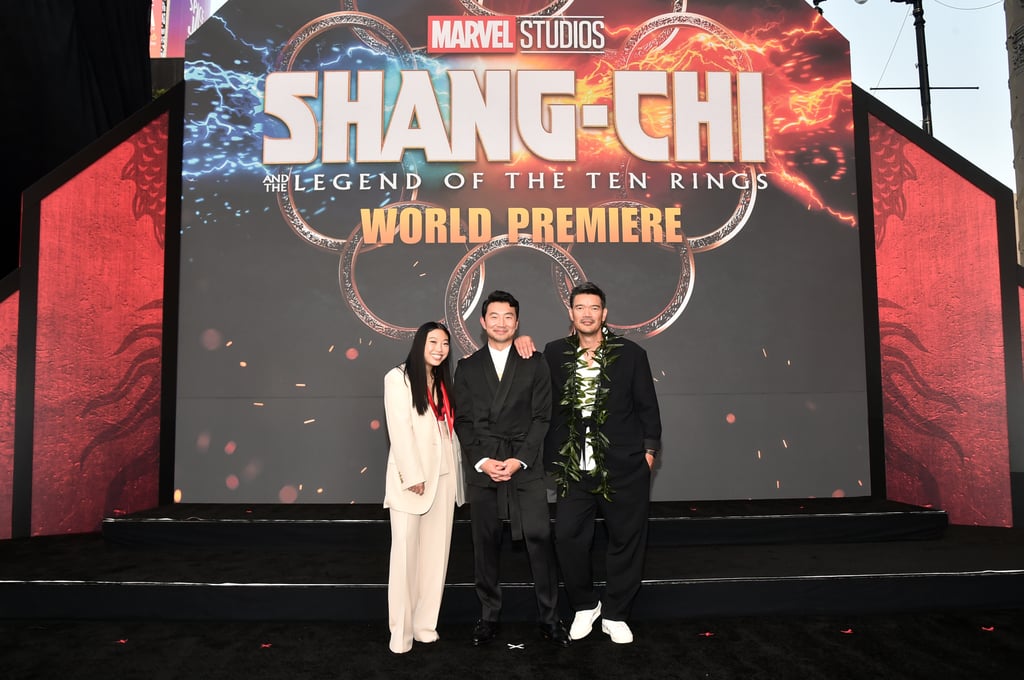 The cast of Shang-Chi and the Legend of the Ten Rings took over Hollywood Boulevard for the film's world premiere. On Monday night, stars Simu Liu, Awkwafina, Fala Chen, Ronny Chieng, Dallas Liu, Benedict Wong, and more joined together at El Capitan Theatre in LA as they ushered in the exciting new era of the MCU. The film is a historic moment as it marks Marvel's first Asian-led superhero movie.

"It's such an incredible honor," Simu told Variety about starring in the film. "I hope that it's not the last, because we've been celebrating a lot of firsts in our community — when Crazy Rich Asians came out three years ago we celebrated that as the first studio movie with a predominantly Asian cast in almost 25 years — and I'm just looking forward to the moment where we no longer celebrate firsts, we're celebrating seconds, and thirds, and fourths, and fifths."

The premiere comes after Disney CEO Bob Chapek made headlines for saying that the film was an "interesting experiment." Shortly after, Simu seemingly reacted on social media, writing, "We are not an 'interesting experiment. We are the underdog; the underestimated. We are the ceiling-breakers. We are the celebration of culture and joy that will persevere after an embattled year. We are the surprise. I'm fired the f**k up to make history on September 3rd; JOIN US." Marvel president Kevin Feige later addressed the controversy at the premiere saying that it was "a misunderstanding." "The proof is in the movie and we swing for the fences as we always do. With the amount of creative energy we put in and the budget, there's no expense spared to bring this origin story to the screen." Regardless of what Bob may have meant with his comments, Shang-Chi is a historic moment not only for the MCU but for APIA representation on screen. See more pictures from the premiere ahead.

Dragons, Daggers, and a Shirtless Simu Liu? The Shang-Chi Trailers Truly Have It All
Previous Next Start Slideshow
Simu LiuRed CarpetAwkwafinaMarvelShang-Chi And The Legend Of The Ten Rings