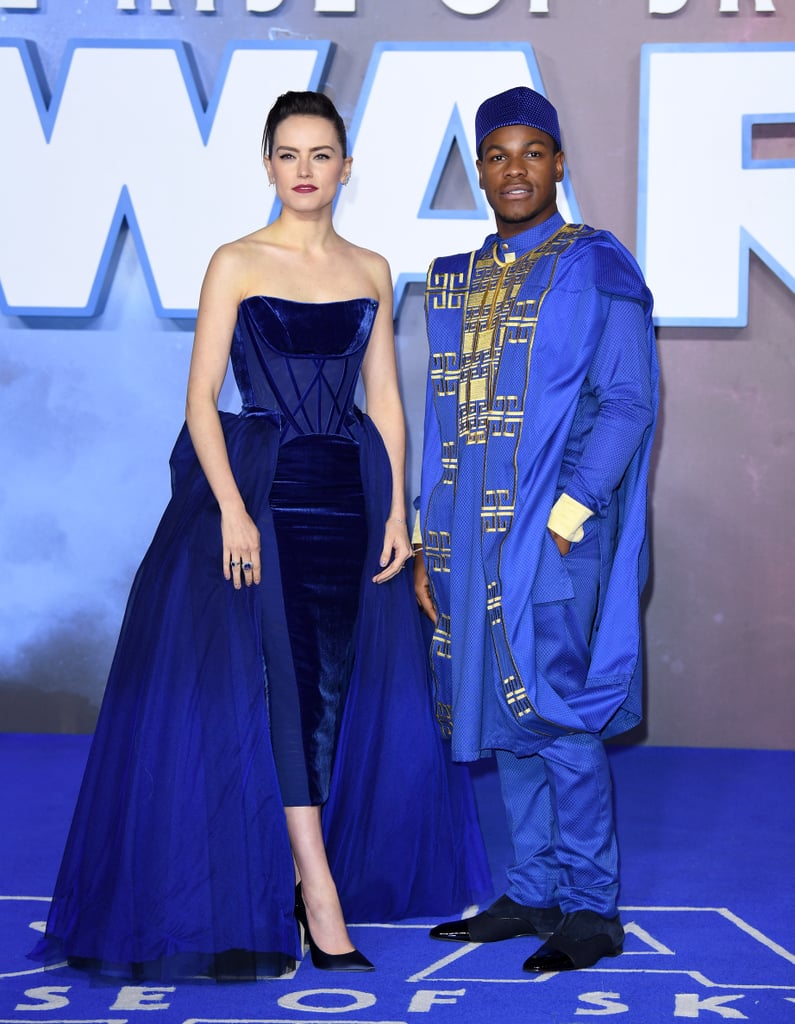 Daisy Ridley and John Boyega at the London Premiere For Star Wars: The Rise of Skywalker

There aren't many people who'd disagree that Star Wars: The Rise of Skywalker is one of the most highly anticipated movies of 2019. Ahead of the film's release on Dec. 20, the cast walked the red carpet in London to promote the film on Wednesday. The cast looked incredible, and in particular, all eyes were on Daisy Ridley and John Boyega, who both wore all-blue ensembles. While Daisy wore a jaw-dropping Vivienne Westwood gown, John wore a blue agbada, which is traditional dress worn in West Africa, particularly Nigeria.

Along with the cast, stormtroopers and Darth Vader himself walked the red carpet before heading inside London's Cineworld Leicester Square for a screening of the film. Ahead, see all the best photos from the London premiere of Star Wars: The Rise of Skywalker.

Tom Hanks
How Accurate Is "Elvis"? What's Real and What's Not
by Hannah Resnick 6 hours ago