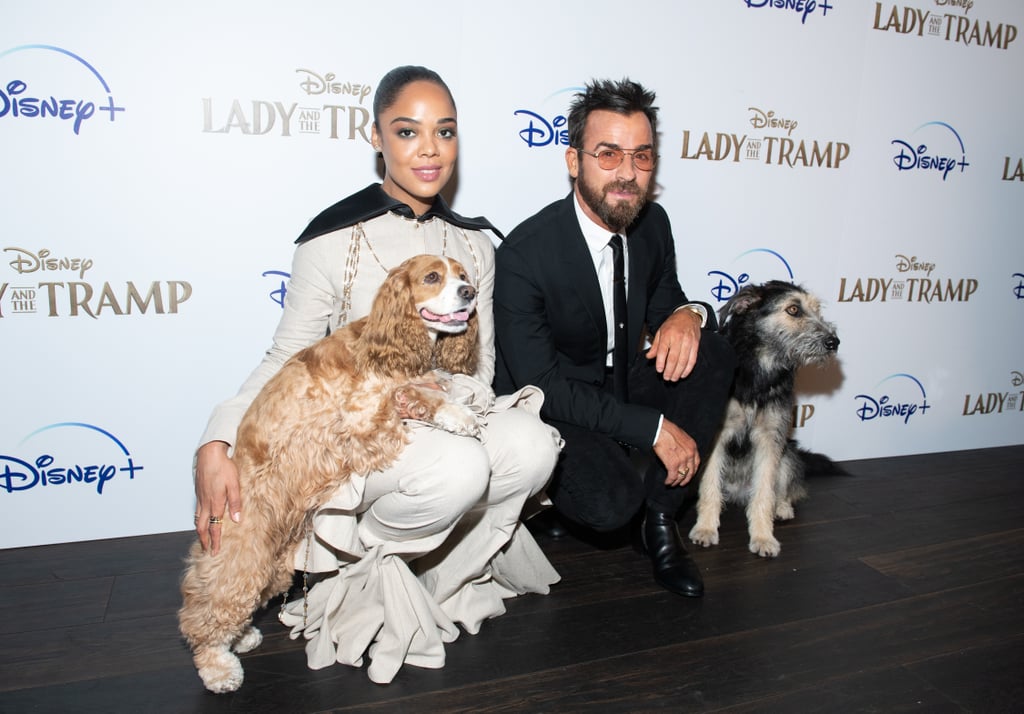 The Lady and the Tramp press tour is underway, and it essentially consists of Tessa Thompson and Justin Theroux posing with a bunch of dogs on the red carpet. (So, yes, it's amazing.) On Tuesday, the stars of the live-action remake attended a Cinema Society screening in New York City, where they were joined by their canine counterparts, Rose and rescue dog Monte.

Other cast members in attendance included Yvette Nicole Brown, F. Murray Abraham, and Adrian Martinez. Though she didn't attend the screening, Janelle Monáe will also appear in the movie as Peg, a Pekingese dog. Once inside, Justin re-created that famous spaghetti scene with his own dog, Kuma, whom he adopted last year. See all the adorable photos ahead.