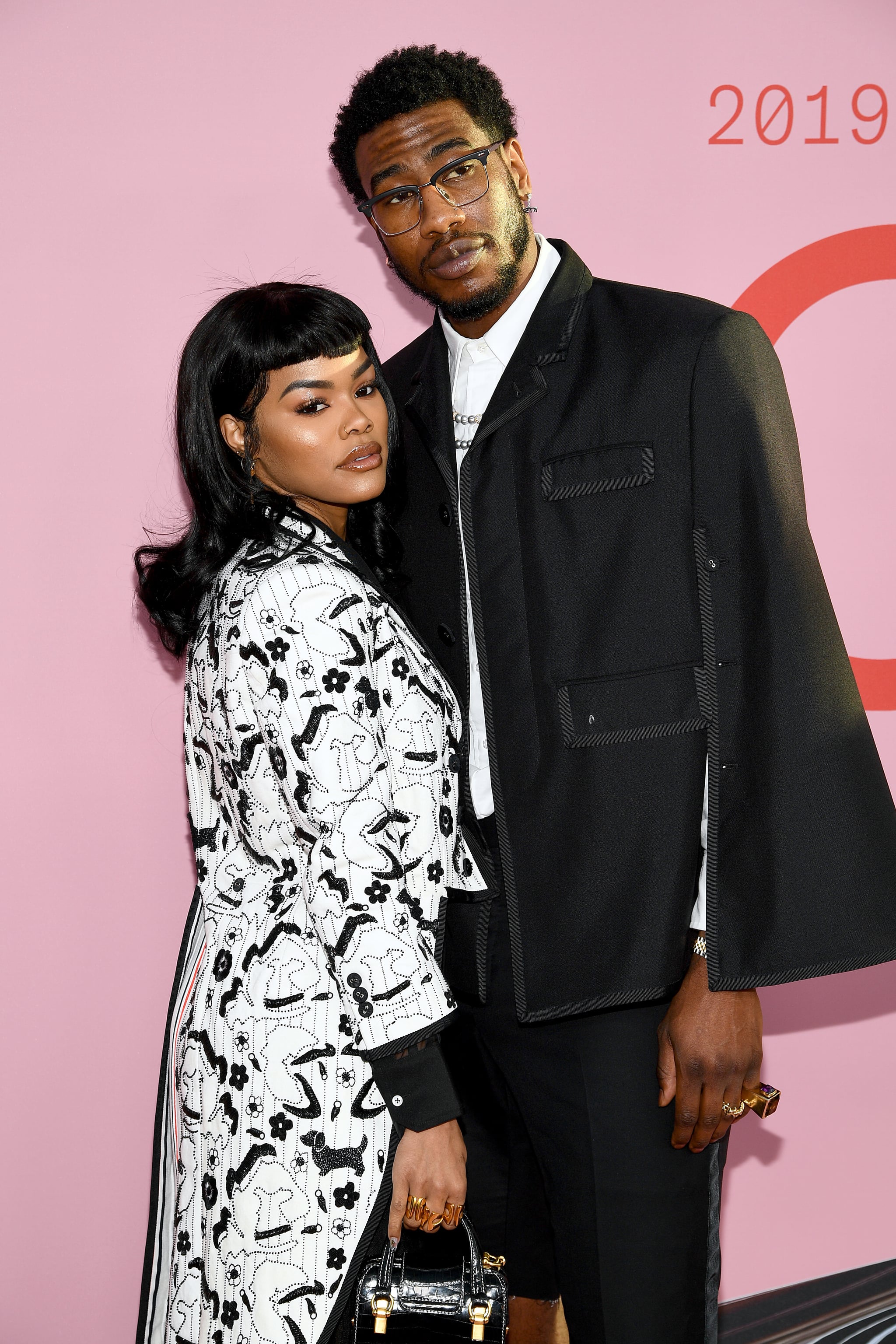 Image Source: Getty / Dimitrios Kambouris
Teyana Taylor and Iman Shumpert are expecting their second child! On Friday, Teyana shared the news in her heartwarming music video for "Wake Up Love" featuring Iman. The three-minute clip shows the couple snuggling up, as well as Teyana sensually crooning in a bubble bath (while looking like a goddess, of course). It ends with the pair embracing their 4-year-old daughter Iman Tayla, aka Junie, as Teyana reveals her growing belly.

In an interview with People, Teyana opened up about her pregnancy, saying, "We're ready, and we're very excited. Iman is super excited. Junie is ecstatic — I'm talking super ecstatic. Everybody is just excited. I can't wait. I've got three more months left until we meet our little princess." The Teyana & Iman stars began dating in 2014 and welcomed daughter Junie the following year. In 2016, they tied the knot, and have continued to make us swoon over their romance since then. Watch the sweet "Wake Up Love" video ahead!