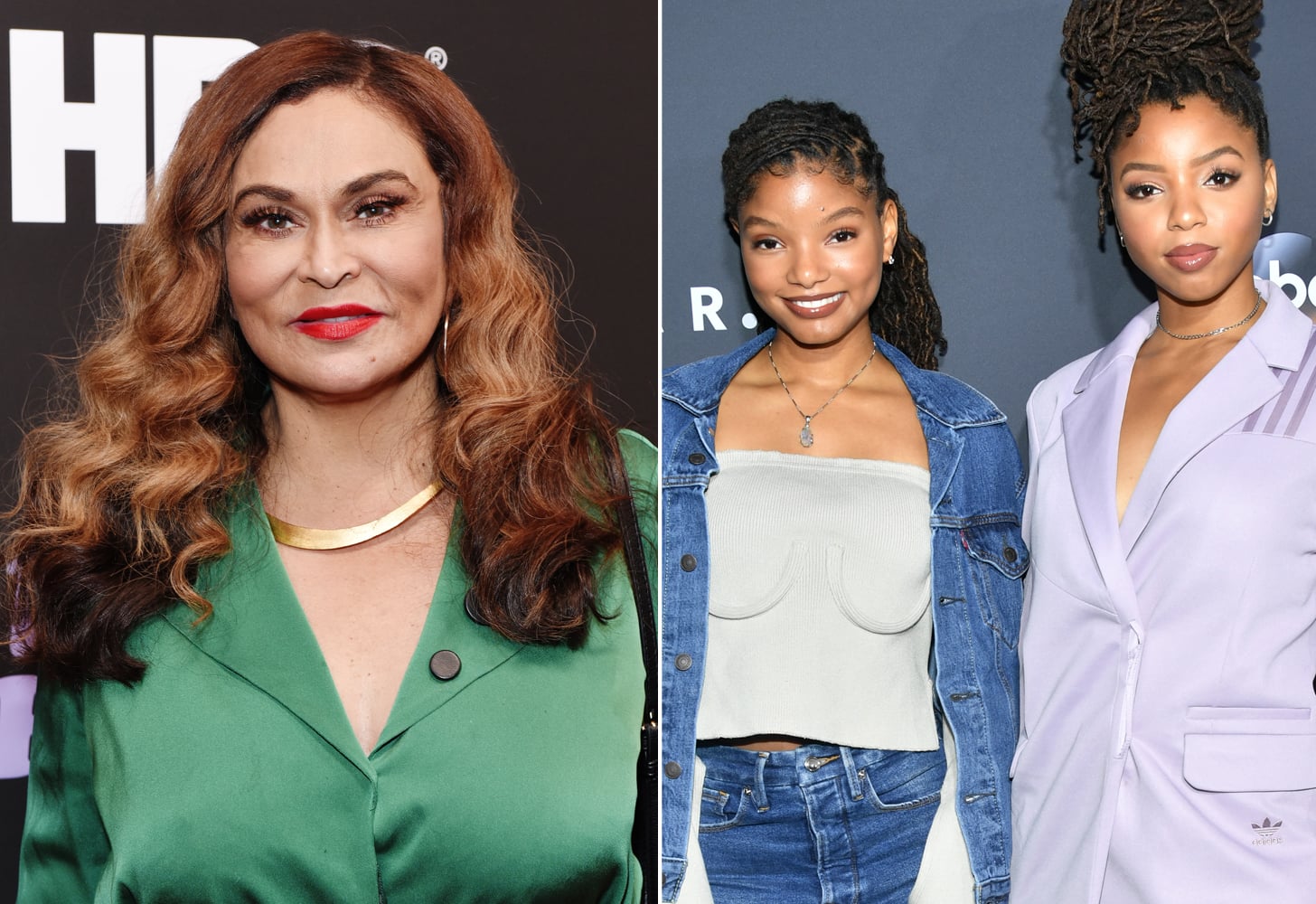 Chloe and Halle Bailey might've been snubbed at the 2021 Grammys, but Tina Knowles is one of many people who understand that their prolific journey is just getting started. On March 18, Tina shared a heartfelt post on Instagram praising the dynamic duo alongside a photo of Chloe and daughter Beyoncé on set during the 2003 movie The Fighting Temptations. "How cute and prophetic is this that Chloe played Beyoncé's character as a child in the movie Fighting Temptations," Tina wrote. "Who would have ever thought that one day Chloe would be signed to Beyoncé's label?"

In 2015, Chloe x Halle were signed to Beyoncé's label, Parkwood Entertainment, after the singer discovered their YouTube videos, and she's continued as their mentor ever since. We've seen the gratitude and deep admiration they have for each other over the last few years, but Tina's words hold a profound meaning less than one week after the Grammys. On a night when Beyoncé made history with her 28th award; her 9-year-old daugher, Blue Ivy, received her first award; and Chloe and Halle were shorted by the Recording Academy for the second year, Tina's words speak to the impact Chloe and Halle have not only on their fans but also on their musical family.

Related:
Excuse My French, but Every Chloe x Halle Virtual Performance Has Been Top-Tier Queen Sh*t

"They have only touched the surface of the success to come in their careers!"

"Beyoncé loves and celebrates the talent of Chloe and Halle 100 percent. They are so super multi-talented and the sky is the limit for them. They have only touched the surface of the success to come in their careers!" Tina wrote. "I first saw them on YouTube. I said there is something that reminded me of Beyoncé and Kelly about them that true 'Majic' that comes from pure talent, hard work and a healthy amount of humility. And good home training!!!! It's another thing called 'That Star Power Thing' that surpasses talent it is a gift that few have. Chloe and Halle have it!!!!!"

She continued, "I cannot wait to see what these girls will accomplish as they continue to work hard, and persevere, learn from mistakes and triumph over obstacles. Pay their dues! They will be unstoppable, in time, as they are truly special, as passionate hardworking super talented artist that are growing everyday!!! They were destined to meet! I am so grateful to Beyoncé for unselfishly using all her power and resources, and sharing her incredible team with these deserving young ladies. I am so glad they met and will be screaming my support all the way ❤️."

The full-circle moment is a special one, and Chloe recognized this as she commented on Tina's post, writing, "this means so so so much! love you ms. tina ❤️❤️❤️."

Lindsay Lohan
Lindsay Lohan Marries Bader Shammas: "I Am the Luckiest Woman in the World"
by Sabienna Bowman 14 hours ago