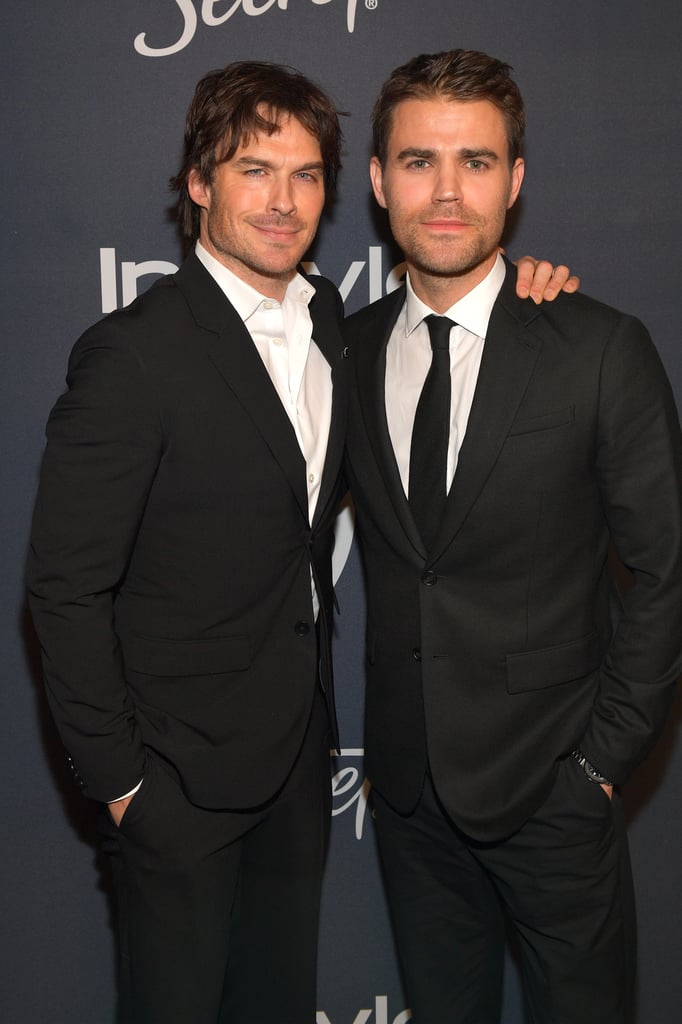 The Vampire Diaries cast recently reunited, and we're feeling pretty epic about it. Following the Golden Globes on Sunday night, the cast of the hit CW series attended the InStyle and Warner Bros. afterparty. Though exes Nina Dobrev and Ian Somerhalder, who famously played love interests Elena and Damon on the show, didn't pose for any photos together, Paul Wesley happily snapped photos with each of them. The actor, who played Stefan, posed for photos with his former onscreen brother on the red carpet, before mingling with Nina inside the event.

The cute reunion marks almost three years since the series came to a close in March 2017. Though the cast has moved on to different projects, it seems they'll always have a soft spot for their TVD roots. In fact, Ian's latest Netflix series, V Wars, is all about vampires — except this time, he's playing a human! See more of the TVD reunion ahead.