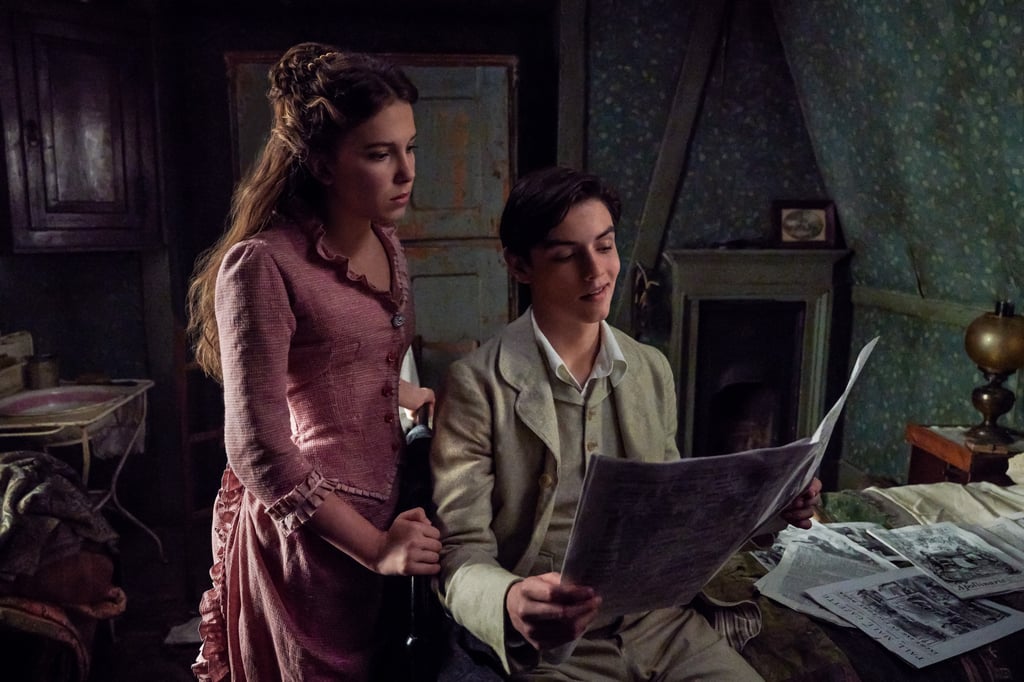 As the charming Lord Tewksbury in Enola Holmes, Louis Partridge is sure to steal your heart quicker than you can say "the game is afoot!" Although you may have seen him before (he's appeared in Paddington 2 and Medici), his role in Netflix's Enola Holmes proves he's certainly one to watch — especially given his ability to hold his own with costar Millie Bobby Brown. The 17-year-old British actor — who is still in school in the UK — plans to continue acting once he graduates, which is excellent news for us. He currently has a few projects in the pipeline, including 2021's The Lost Girls, which is a darker take on Peter Pan and follows an older Wendy. Until then, get to know all about the talented actor.

Related:
Enola Holmes Gets a Happy Ending, but Not Before Solving a Big Mystery
Previous Next Start Slideshow
Celebrity InstagramsCelebrity FactsLouis PartridgeEnola Holmes