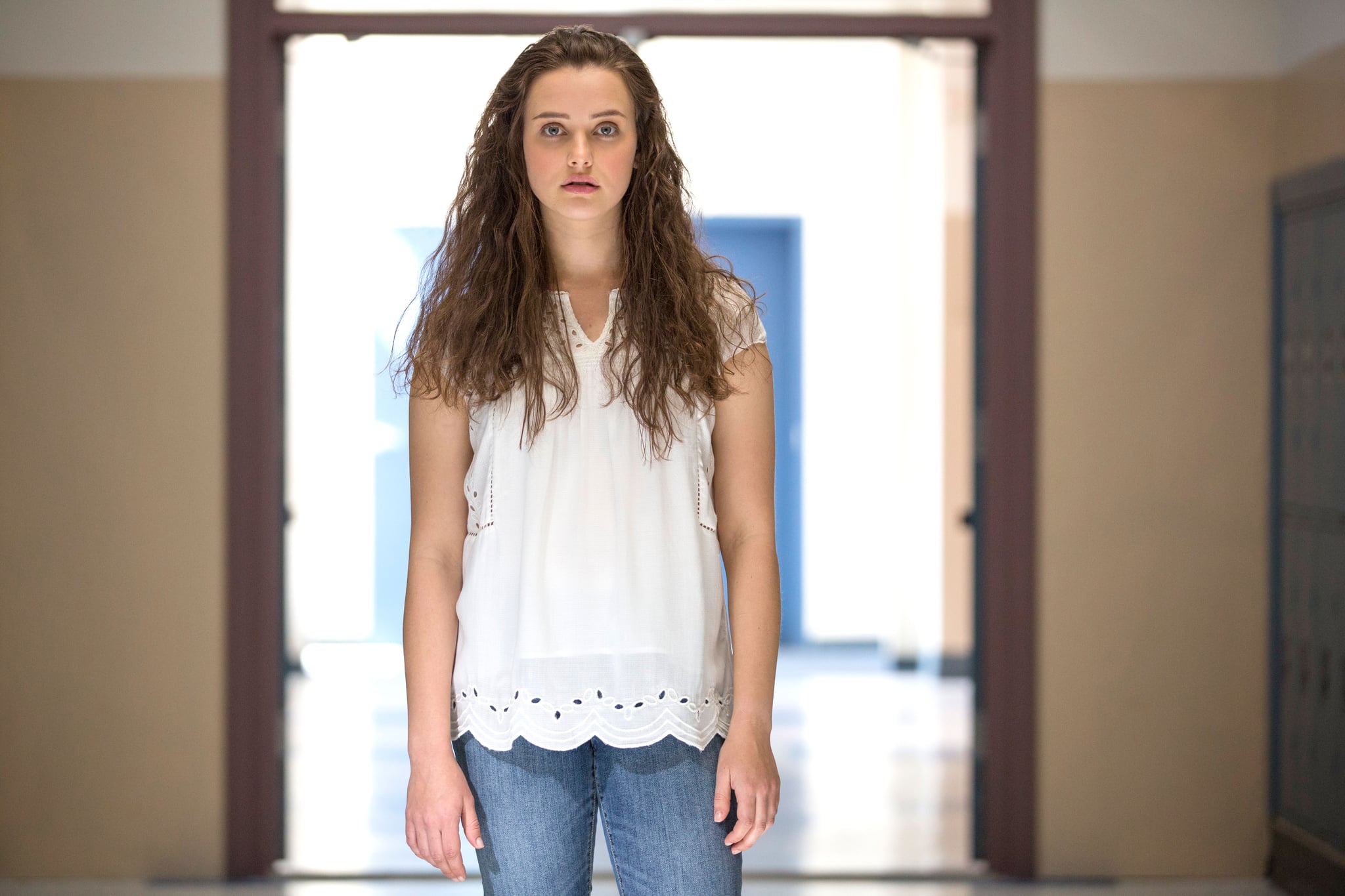 Update: 13 Reasons Why dropped its fourth and final season on June 5, and a lot of familiar faces return. While Clay has visions of Bryce and Monty's ghosts throughout the season, one of the most poignant moments of the finale is when he sees his former crush Hannah Baker. Over the past few seasons, Clay has had a really hard time coming to terms with her suicide, but at graduation, he seemingly decides to let go of the past and move on.

While talking with Justin's ghost in the gym, he asks why he has visions of him hanging out with Bryce. Justin responds by saying, "You can love people who did bad sh*t. You can forgive people, even the people who hurt you worst." Realizing that Justin's ghost is actually talking about Hannah, he then envisions her sitting across from him in the gym and smiling. Clay then admits that while Hannah's death will always be hard, he has to forgive her so he can move on himself. And with that, Hannah's ghost disappears.

Original post: Season four of 13 Reasons Why will land on Netflix on June 5, and we will say our final farewells to the Liberty High crew. We can't wait to see how the show wraps up all the WTF moments and cliffhangers from last season, and one thing we're really wondering is if Hannah Baker (Katherine Langford) might somehow reappear in this final season.

If you recall, the first season of 13 Reasons Why was centered on Hannah's suicide as the people who contributed to her emotional torment had to deal with learning how much they hurt her. The first season of the show followed the book of the same name pretty closely, but the show ends where the book did. That means all of the following seasons were uncharted territory. And though Hannah was dead, she returned for season two to bridge the plot from the original story and into the new world.

However, after Langford filmed season two, she seemed pretty satisfied to leave the story behind. She bid a fond farewell to the show on Instagram in 2018 and firmly said, "'Hannah...I love you...and I let you go' Those are the words I was able to say six months ago, and now can finally share with you as my journey on @13reasonswhy has officially come to an END!"

Langford reiterated her stance on Hannah not coming back after season two to Entertainment Weekly in 2018 as well. "For me, letting Hannah go was in season 1; season 2 was for Clay to let her go. It was being able to assist Clay on that journey as Hannah and let Clay have his moment to let Hannah go," she told EW.

It wouldn't be unheard of to have Hannah make some sort of appearance in the final season, considering it's a common tactic for shows to bring back characters for the finale. The obvious problem is that Hannah is dead, so the show can't easily bring her back unless it's in a vision or flashback of some sort. We already know that Bryce Walker (Justin Prentice) will be in the final season despite his death at the end of the third season. In the video for the fourth season, Prentice can be seen at the table read; so if one dead character is making an appearance in the finale, why couldn't another?

The cast and showrunners haven't said anything about Langford coming back for the fourth season, and judging by Langford's own comments about leaving Hannah behind two years ago, we can't help but assume she won't have a role in this last season — but we'll know for sure when it hits Netflix on June 5.