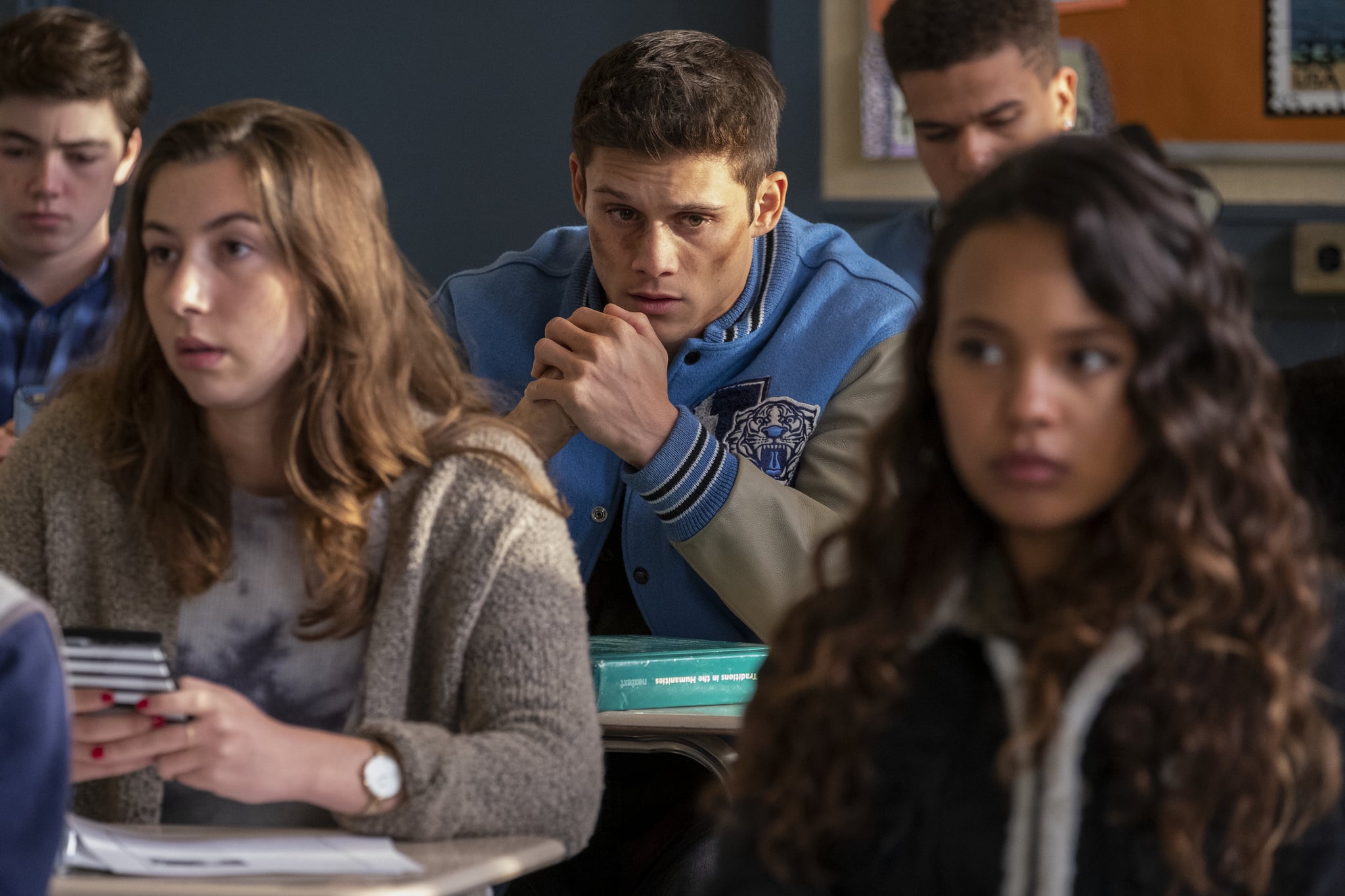 Even if you watched all 13 episodes in season three of 13 Reasons Why, there's a chance you don't remember a single thing. The season is centered around Bryce Walker's murder, but since the timeline isn't chronological and is instead confusing AF, you may have already forgotten that another major character ends up dead: Montgomery de la Cruz. Seeing as season four drops on June 5, now seems like a good time to review what happened to Monty in 13 Reasons Why's third season and what led to his unexpected (and totally abrupt) death in a prison cell.

Season three picks up after the events of Spring Fling, when Tyler Down shows up to the dance armed with a gun. Monty's story, however, doesn't pick up until the summer after junior year, when he goes to a Hillcrest party and meets Winston Williams. The two hook up, but when Winston asks Monty to "hang out sometime" in front of his friends, Monty panics and beats him up. In an uncharacteristic move, Bryce convinces someone to take the SATs in Winston's place without Winston's knowledge, and Bryce then bribes him in order to assure that Winston's relationship with Monty is kept a secret.

Senior year begins, and Monty sees Winston at the Liberty-Hillcrest homecoming game for the first time since Monty punched him. Monty apologies for how he behaved, Winston forgives him, and then the two spend the night together at Winston's house. That ends up being the same night that Bryce is killed, which means that Monty has a solid alibi — though only Winston knows it.

After homecoming, a joint Liberty-Hillcrest assembly is held to discuss the brawl that broke out on the field. During the assembly, Jessica Davis invites all sexual assault survivors to stand up and own their stories, which finally gives Tyler Down the courage to report Monty's horrific assault from junior year. He goes to the police station and officially files a report, and soon enough, Monty is arrested and imprisoned.

During that same Liberty-Hillcrest assembly, Clay Jensen is falsely arrested for the death of Bryce, but new girl Ani Achola clears his name when she talks to Deputy Standall, to whom she's been narrating her testimony during this whole season (though, of course, this doesn't become clear until the end of the season). Ani tells Deputy Standall that Clay had been driving around with her all night on the night of Bryce's death, giving him an alibi. She also tells Alex's dad that Monty may have been the one to kill Bryce, saying that Monty threatened Bryce the night of the game. That's when Deputy Standall breaks the news that Monty was killed in his jail cell just hours before. Um . . . what?

It's unclear how exactly Monty was murdered and why, but we have a feeling that Winston will play a major role in the show's fourth (and final) season, so hopefully we'll get a few more details about what went down.