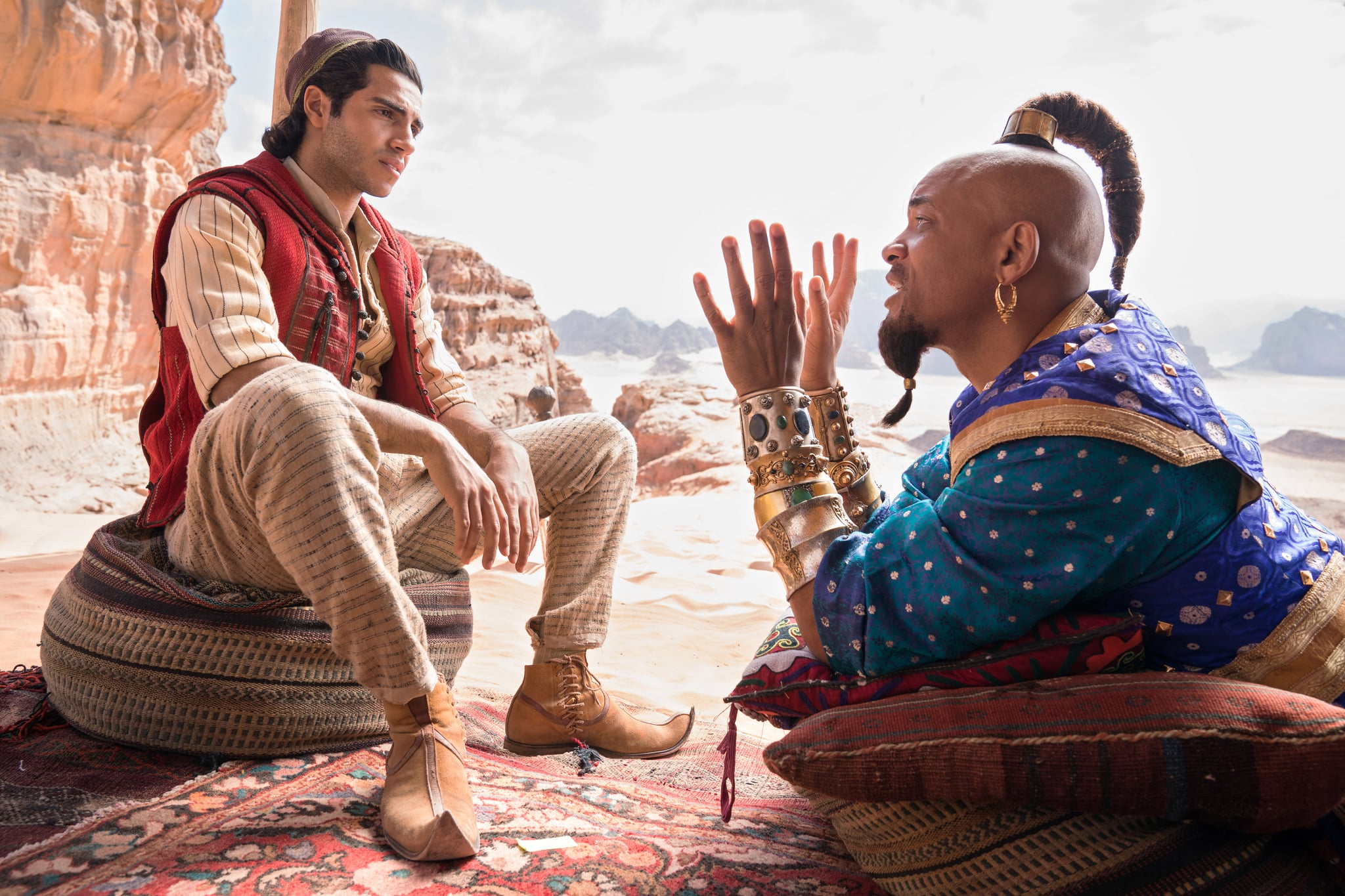 The live-action version of Disney's classic Aladdin is getting nearer every day, and more details are being released constantly — along with a trailer that has lots of people buzzing. Like most Disney films, it's based loosely on a centuries-old folk tale, but just how closely does the Disney version hew to the "original" — if there even is one.

The original tale of "Aladdin" is part of the famous Arabic story collection One Thousand and One Nights, which is itself part of a folktale from the Islamic Golden Age in the either to 14th centuries. The legend goes that Scheherazade, a queen married to a brutal king, saved her life for a thousand and one days by telling her husband a story every night of their marriage, but always ending just before the conclusion so that the curious king would not kill her; eventually, she wins his love and trust.

However, "Aladdin," unlike many of the other tales in the collection, does not actually have a clear Arabic text source that can be traced. Its first appearance is in the 18th-century French translation by Antoine Galland (who, in turn, attributed the story to an oral tradition from a Syrian storyteller). Even more surprising? The original tale isn't set anywhere in the Middle East — it's set in China. 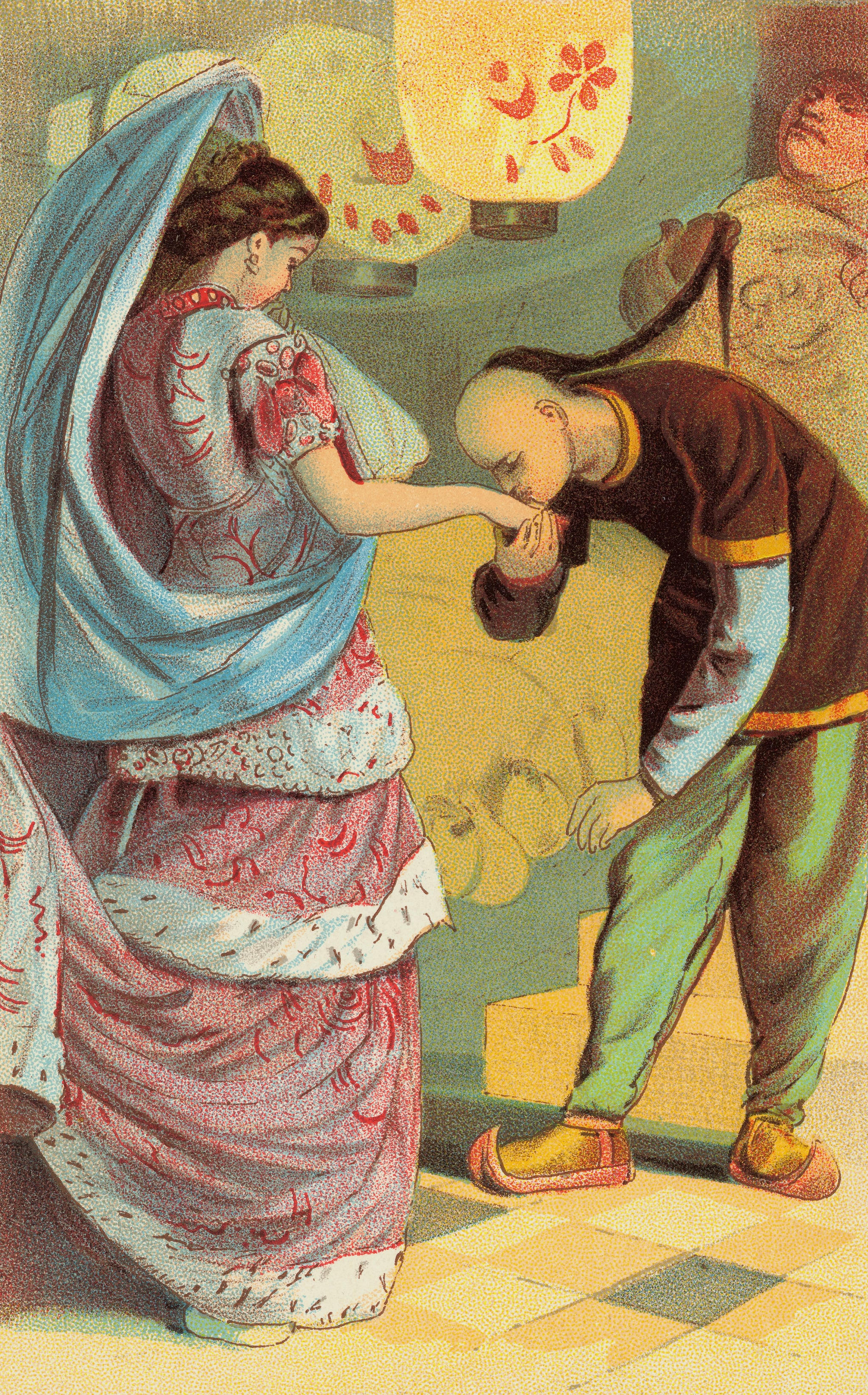 In the earliest version of the tale and its subsequent direct translations, Aladdin is a poor boy living with his mother when he is recruited by a North African sorcerer who claims to be Aladdin's uncle.

It's at this point that we'll note that this early story is, by all standards, problematic. As scholars have noted, the North African sorcerer is portrayed as an "evil Moorish dervish" to the innocent Aladdin — and it doesn't help that the sorcerer isn't even given a name.

On with the story.

The sorcerer's true motivation is to get Aladdin to retrieve a magical lamp from a hidden cave, which only Aladdin (for reasons unknown) can achieve. He gives Aladdin a magic ring as a protective talisman and sends him into a cave. When Aladdin retrieves the lamp — as well as some fruit from the gardens within — the sorcerer becomes angry that Aladdin needs his help and won't throw the lamp to him, so he traps him in the cave.

Aladdin inadvertently releases a genie from the magic ring, who gets him out of the cave. Later, as he and his mother clean the lamp, another, more powerful genie appears. Aladdin first only wishes that he and his mother not go hungry, but in time, he sells the silver plates that the genie's food arrives on and becomes rich. He spots the Princess Badr al-Badour, the daughter of the sultan, and presents himself as a suitor. The sultan double-crosses them and tries to marry her to his vizier's son, but Aladdin and the genie stop the plan and persuade the princess to marry him instead and live in a palace that the genie conjures.

The sorcerer hears of Aladdin's rapid rise and returns. He tricks the princess into giving him the lamp and, as the genie's new master, orders him to transport the palace and all its valuables to his home in Africa. Aladdin summons the genie of the ring, who sends him to Africa. too. Aladdin and Badr al-Badour work together to defeat the sorcerer. Even when the sorcerer's brother attempts to avenge him, Aladdin foils the plan, and everyone lives happily ever after. 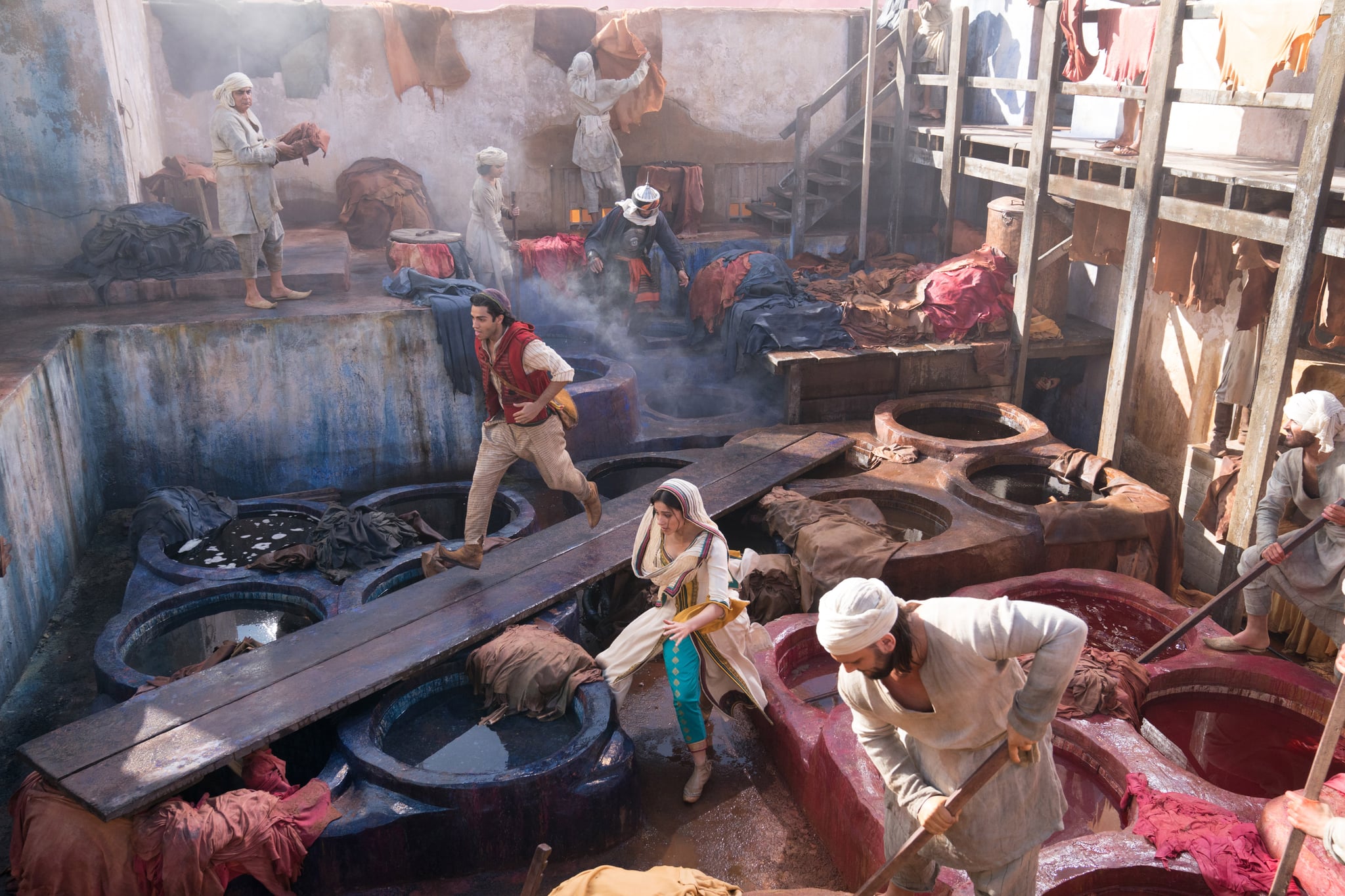 It's easy to recognize some of the elements of Disney's Aladdin in this tale, but the Disney version condenses some plot aspects and enhances others. There is only one genie and one sorcerer in the Disney version, and the princess (renamed Jasmine) is a character in her own right before she and Aladdin meet. And of course, two of the most beloved characters in the Disney version don't even exist in the original folk tale: the magic carpet and Aladdin's monkey sidekick Abu.

There's one element of the original tale that doesn't appear in the Disney animated feature — but it was supposed to. Aladdin's mother is a prominent character in the French-Arabic tale, but Disney's version of the character is an orphan. In the original treatment by Howard Ashman, the lyricist and mastermind behind most of the Disney Renaissance movies, Aladdin's mother was alive, and Aladdin had a song, "Proud of Your Boy," that revealed how much he just wanted to make his mother proud. A demo of the song existed, but it was cut during development; however, it was restored in the 2014 Broadway adaptation of the film. No word yet on whether this song — or any of the other cut elements — will be featured in the new live-action adaptation of Aladdin, set for release on May 24.