The first five episodes of American Horror Story: Roanoke haven't been an American horror story at all. Well . . . at least not really. We've been watching a show within the show called My Roanoke Nightmare, and the whole time, we've felt like we weren't getting the full story. There were hints that there was more; there was that time they broke the fourth wall, and the constant reminders that this is a dramatic reenactment. Now the preview for "Chapter 6" seems to confirm what we always suspected: there's more to the story. Let's unpack the clip.

Related:
We FINALLY Have the First Official Pictures of American Horror Story: Roanoke

The first thing to notice about the teaser is that Cheyenne Jackson's character, the mysterious producer whose voice first shows up in "Chapter 3," is front and center. This is no longer a camera set on a tripod, or a finessed TV show production. This is "found footage," this is "on-the-ground reporting." The crew walks into what looks like a corporate office. Into the camera, the man says, "We rolling? The camera never stops, no matter what anybody says. Even if I tell you to stop, you keep rolling, OK?" There's a flash of a conference room, and then it turns to static before the Roanoke title card appears. It's a short teaser; the actual sequence only lasts 12 or so seconds. But there's a lot we can unpack from it. 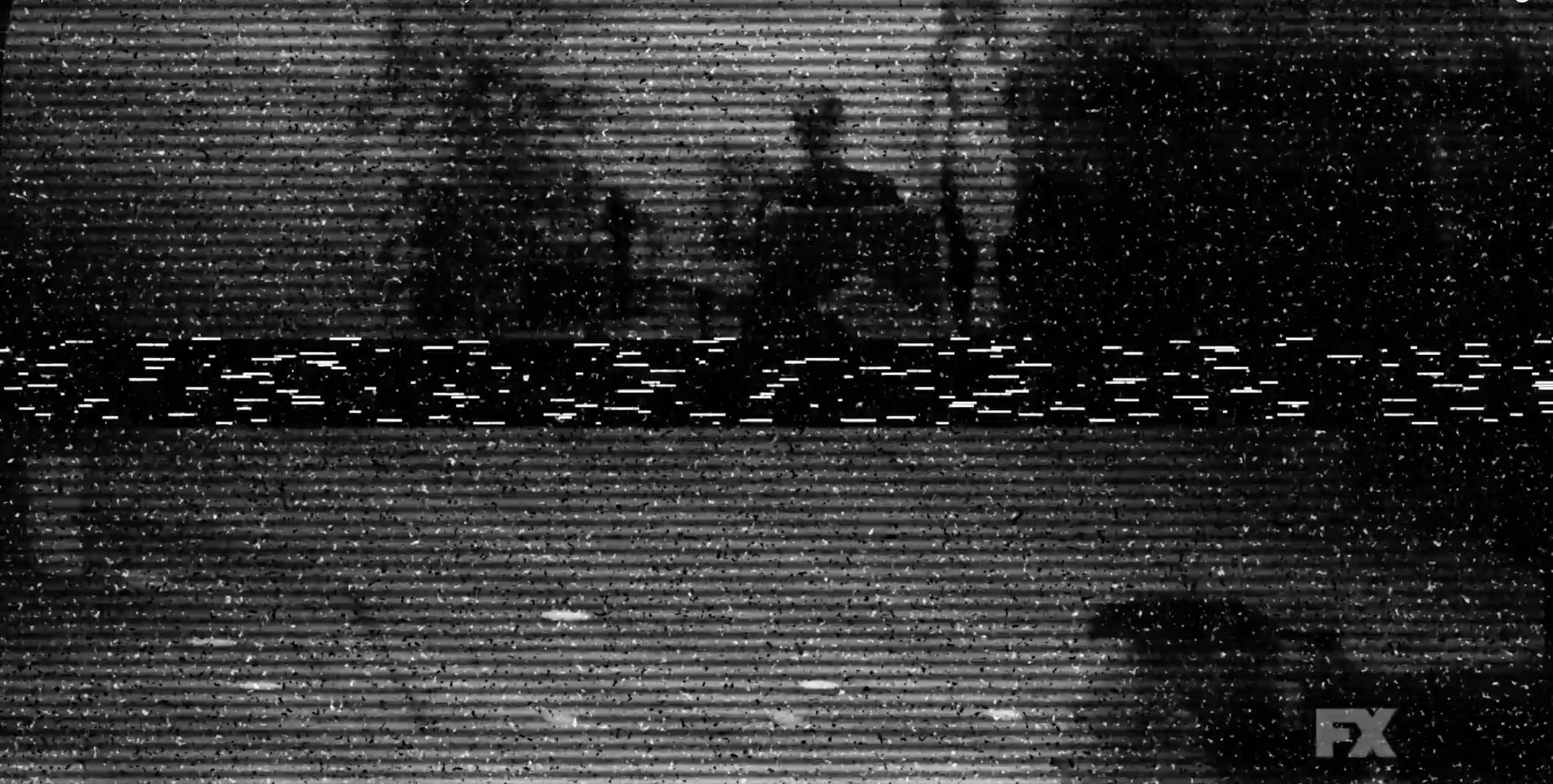 Here's what we can ascertain: there is definitely more to Matt and Shelby's nightmare experience with the Lost Colony of Roanoke. We know this because production on the series seems to continue on, despite the fact that they've finished telling their story. We also know that not everyone is on this same page because of this secretive, ambush-style filming Jackson's character is about to attempt. Perhaps this means Shelby and Matt think the show is over. Could they have lied about what they went through? Did the producers of My Roanoke Nightmare uncover new and troubling information? One small freeze frame in the static clearly shows two figures. One is standing, and one is sitting down. Whoever it is, they may be getting a truly frightening surprise.

We can also assume that, from the nature of this scene, the producers' decision to continue the show could be somewhat contentious. Someone, we don't know who, is getting ambushed by this film crew. Someone that might ask them to turn the cameras off. We know Matt works for a pharmaceutical company, so perhaps they're coming after him. And then there's that weird conference room. It looks, at first glance, like frosted glass, but could it actually be smoke, or mist? It's hard to tell with the shaky camera quality; it could be totally normal, or maybe there's something paranormal happening in the building. They could be trying to document a real phenomenon. Maybe it could be the work of the devil, as we suspected before. After all, the promo is called "Chapter 6 | Season 6 Episode 6 Trailer | American Horror Story: Roanoke." It's hard not to notice the "6-6-6."

There's only one week until the epic plot twist arrives. We may not know exactly what will go down, but we have a feeling it'll crack season six wide open.