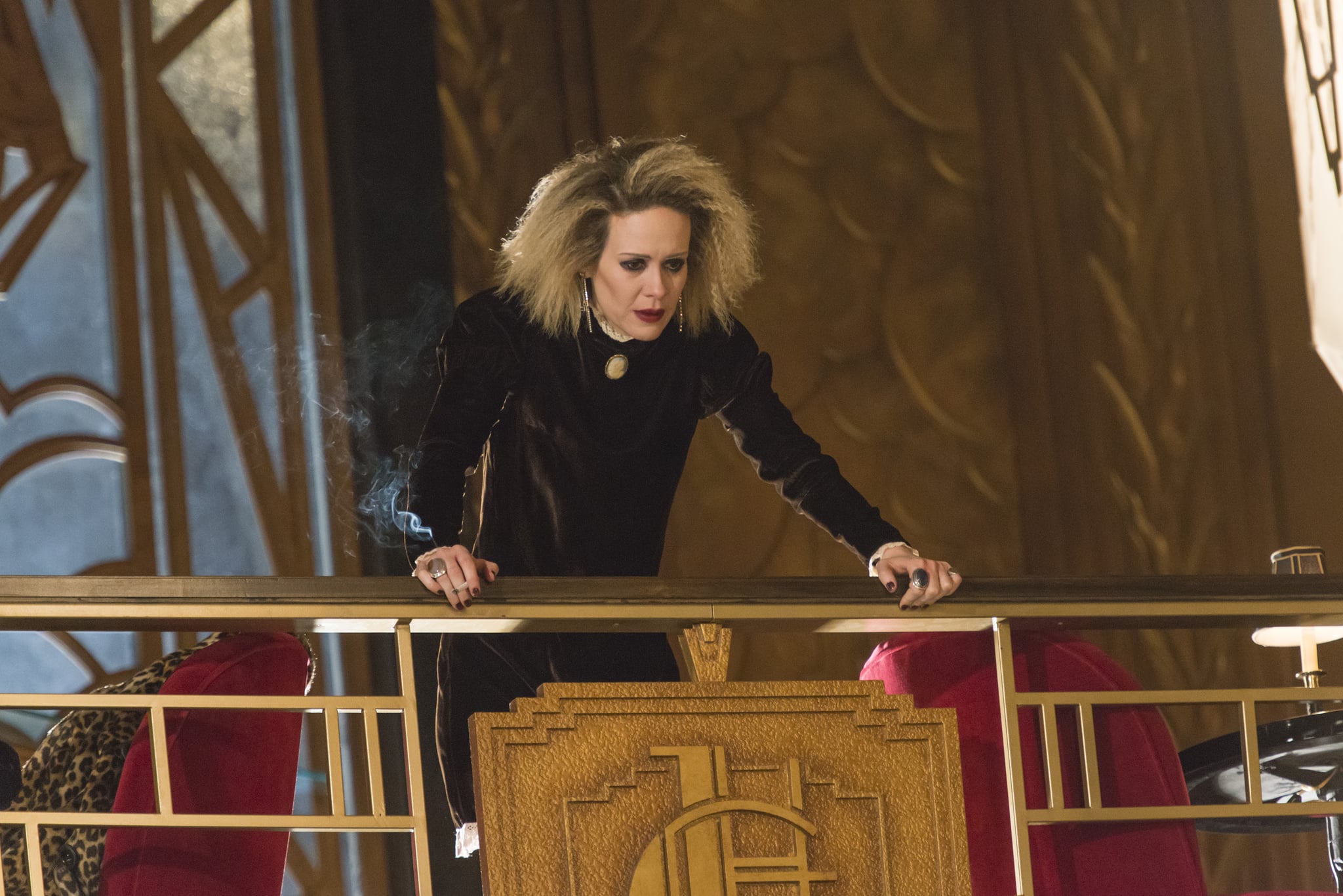 My fellow American Horror Story fans, we need to discuss something very important. It's July — July — and we still don't know what the hell is going on with season six. Let's just talk timeline for a minute: Hotel's final episode aired on Jan. 13. That's almost exactly six months ago.

In February, Angela Bassett confirmed that she would return for season six. Cool, she was the first actor to do so, but surely there would be a barrage of more information soon! There wasn't, though we did find out that Sarah Paulson would be back and that her character would work closely with Bassett's character.

Then in March, the cast appeared at PaleyFest for their panel and divulged approximately zero things. Denis O'Hare's answer to "What do you know about season six?" was "Honestly nothing." Nothing, guys. By this time, (completely unfounded) rumors were swirling about the idea that Slender Man may appear in season six, a theory that the cast neither confirmed nor denied. There were some good tidbits that came out of PaleyFest: Ryan Murphy teased that the new season would feature children and a new format, and a lot of the cast confirmed their returns.

In June, the official Facebook page for American Horror Story debuted a mysterious image of a question mark intertwined with a six. I'm going to be honest, it tells us nothing and is also unacceptably grainy. No offense to the art department, but could they not have sprung for a hi-res image? Did they intentionally use a low-quality image? I hate that AHS does this to me.

Shortly after, FX revealed the premiere date for season six: Sept. 14. It's odd that despite the fact that we have so little information, the premiere date is sooner than any other season. My theory is that they're keeping everything under wraps, and to avoid risking any leaks about theme or plot, they're premiering the season in September, rather than October.

Now, you may be thinking, "This happens every year. What's the big deal?" The big deal is that this really hasn't happened every year. Usually by now, we know the theme. Lady Gaga revealed that the season five premiere would be Hotel via a video on Twitter in February 2015. FEBRUARY. Granted, more teasers didn't start rolling in until July, but we at least knew the theme and a heck of a lot more about the cast. It's also worth nothing that the cast isn't appearing at Comic-Con this year, so we can't expect any big news to come out then, either.

Here's what I'm getting at: the fact that more information hasn't been revealed is unusual, and I'm willing to bet that it's not just annoying, it's intentional on their part to keep us completely in the dark. If that's the case, I'm not mad, I'm just curious. What is this new format? Are children playing a big part, or was that just a random comment from Murphy to throw us off the scent of what the real plot is about? Until we get an answer, here are some theories we have about next season's theme and everything we do actually know.