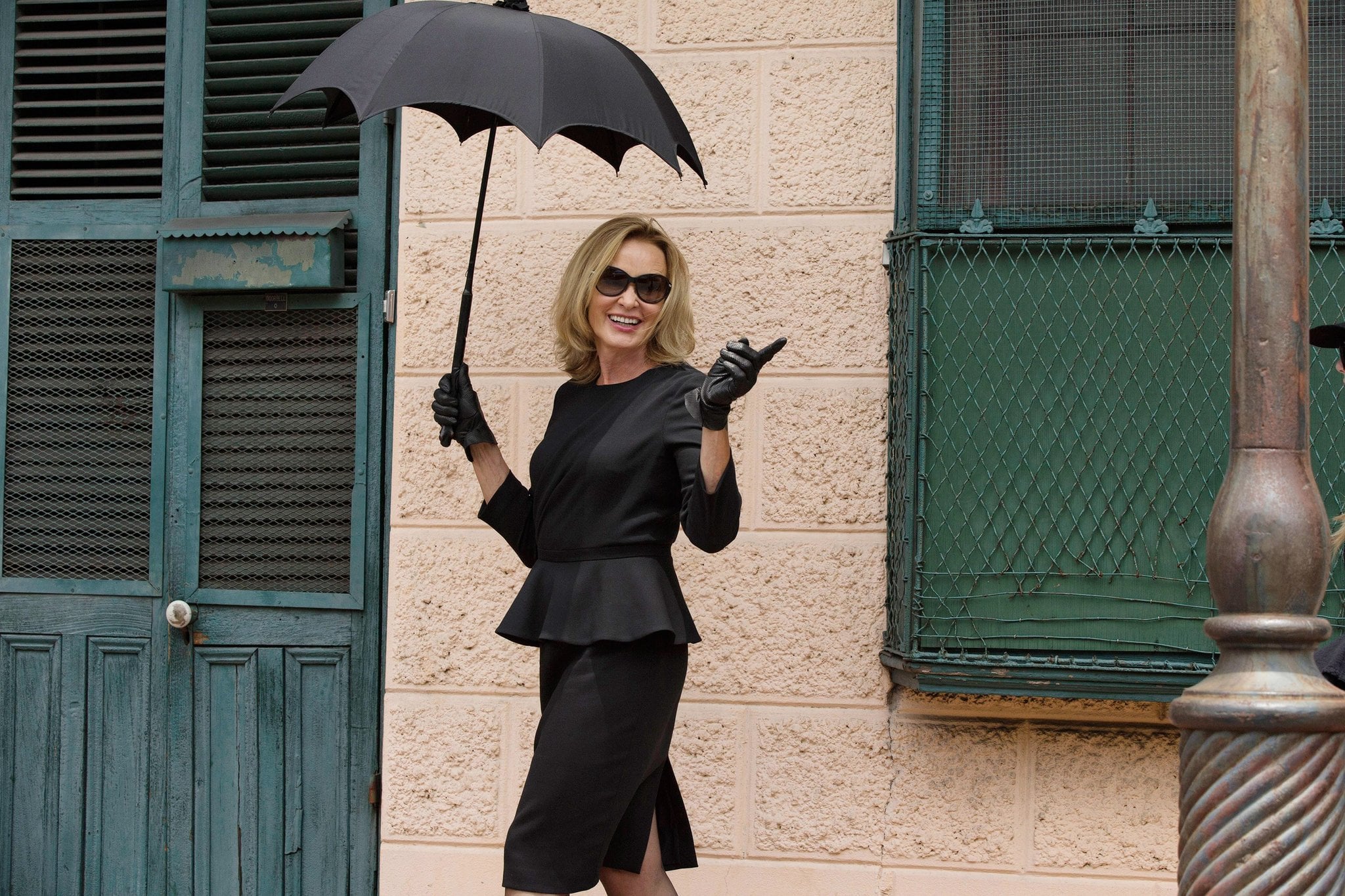 Over the past few months, American Horror Story fans have been busy theorizing all the themes that Ryan Murphy's highly-anticipated eighth season might revolve around. Although "Radioactive" was a frontrunner, especially after Murphy teased the season would take place in "the future," the showrunner took the opportunity to throw loyal viewers yet another curve ball when he announced the real theme via Twitter on June 14. "The Coven/Murder House AHS crossover season won't be happening next year," he tweeted. "Because it's happening THIS YEAR. AHS #8 WITCHES RULE THIS SEPTEMBER."

Tonally, "Murder House" and "Coven" seem like a perfect match. The first season centers around a deeply unfortunate family who unsuspectingly move into a gorgeous — but haunted — mansion in LA, and stars Connie Britton, Taissa Farmiga, and Dylan McDermott. The third season also stars Farmiga, who plays a girl who gets sent to a special school in New Orleans after she begins showing signs that she's a witch. Both seasons are dark and twisted, and feature ornate homes plagued by supernatural occurrences. There's still no word on how the two stories will collide, but you can bet that Murphy will figure out the most off-the-wall way to do it.

The Coven/Murder House AHS crossover season won't be happening next year...because it's happening THIS YEAR. AHS #8 WITCHES RULE THIS SEPTEMBER

The exciting news comes hot on the heels of recent cast announcements, which confirmed that many of Murphy's series mainstays would be returning to lead the eighth season. Sarah Paulson, Evan Peters, and Kathy Bates are all set to join, among others. Paulson played Billie Dean Howard in both the "Murder House" season and "Hotel," as well as Miss Robichaux's Academy headmistress Cordelia Foxx in "Coven." In "Murder House," Peters played murderous teen ghost Tate, and in "Coven," he appeared as Frankenstein-esque frat president Kyle Spencer. Bates played the terrifying Madame Delphine LaLaurie in "Coven."

It will be interesting to see how Murphy plans on balancing the mix of established characters with new ones, and if the season will involve the rest of the witches from the "Coven" season, played by Jessica Lange, Lily Rabe, Emma Roberts, Gabourey Sidibe, and Jamie Brewer.

The Tonight Show Starring Jimmy Fallon
So, Apparently Maitreyi Ramakrishnan Loves to Lie About Being Mindy Kaling's Cousin
by Victoria Edel 16 hours ago

by Sabienna Bowman 35 minutes ago