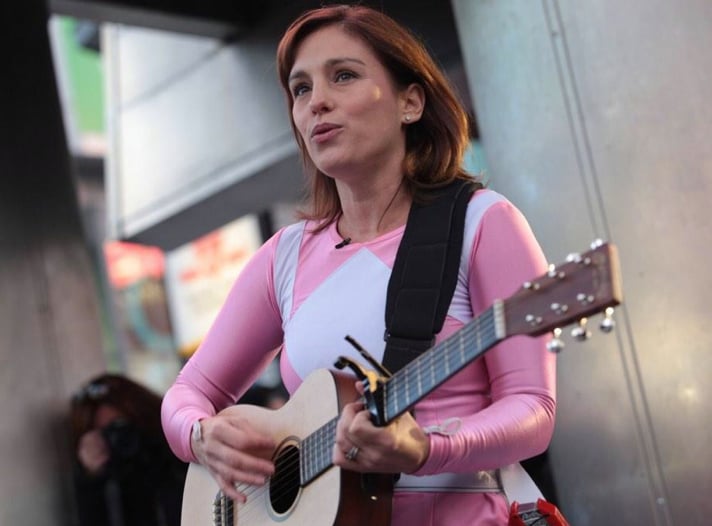 Something amazing happened over the weekend. Unsuspecting residents of Toronto may have been shocked to see Amy Jo Johnson, the original Pink Power Ranger herself, decked out in her old suit and singing on the streets. No, she wasn't panhandling. She had accepted a dare from her former costar David Yost, aka the Blue Power Ranger. He told her that if she could raise all the funds needed for her indie film The Space Between before her deadline, she would have to go and sing in a public place. Johnson accepted, and here we all are wishing it was 1994 again. (Good thing there's a Power Rangers reboot in the works!) Here's the original dare from Yost.