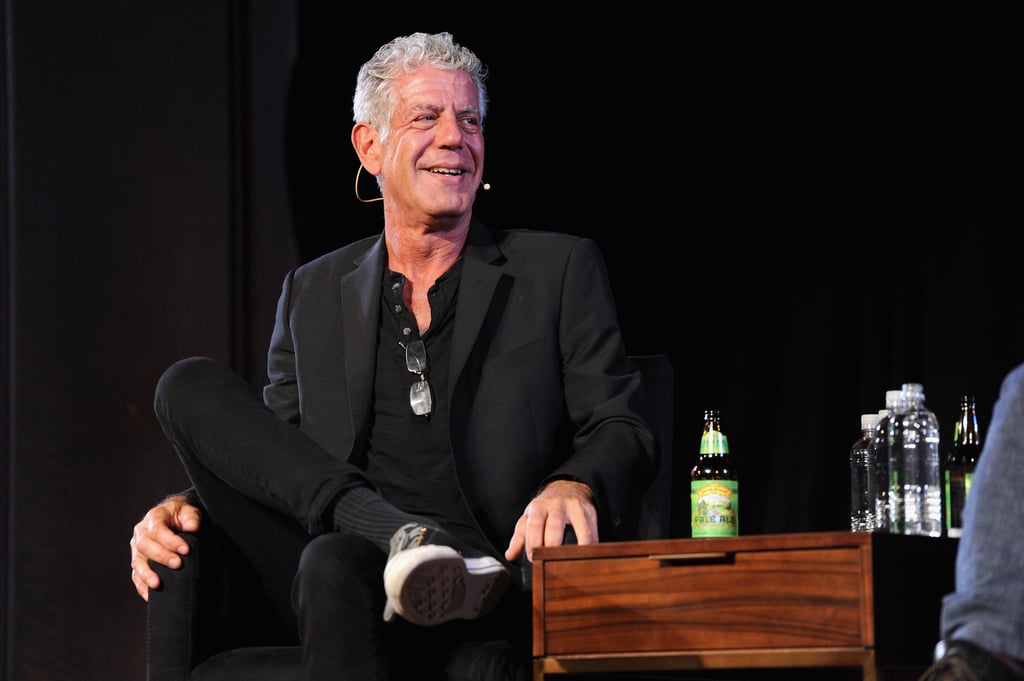 Billed as "The Final Episodes," the 12th season features six episodes of Bourdain's travels before his suicide earlier this year. CNN dropped a trailer on Sept. 17 that gave us a glimpse of what to expect, but actually watching the episode brought fans to tears.

The premiere, which was the last episode produced with Bourdain's narration and complete involvement, featured Bourdain's travels through Kenya with comedian W. Kamau Bell, who hosts CNN's United Shades of America. At one point, Bourdain and Bell are looking out over grasslands together and talking. Bell, who is basically every viewer who has watched Parts Unknown over the last 17 years, tells Bourdain how in awe he is to be sitting with him. In response, Bourdain tells him that he can't even believe that he still gets to do this.

"Look, I will tell you, after 17 f*cking years, and as soon as the cameras turn off, and the crew will be sitting around and we're having a cocktail, I f*cking pinch myself because I cannot f*cking believe that I get to see this or do this," Bourdain said. "Because at 44 years old, dunking fries, I knew with absolute certainty that I would never, ever see Rome much less this."

Toward the end of the episode, after the two watch as a village celebrates the surprise rainfall that followed a months-long drought, Bourdain gives his final narration. "Who gets to tell the stories? This is a question asked often. The answer, in this case, for better or for worse, is I do," he said, speaking on his travels. "I do my best. I look; I listen. But in the end, I know it's my story. Not Kamau's. Not Kenya's. Those stories are yet to be heard."

While fans are left to wonder who will tell the stories now, they do have five more episodes of season 12 to look forward to. Keep reading for some of the the most heartwarming reactions to the Parts Unknown premiere.