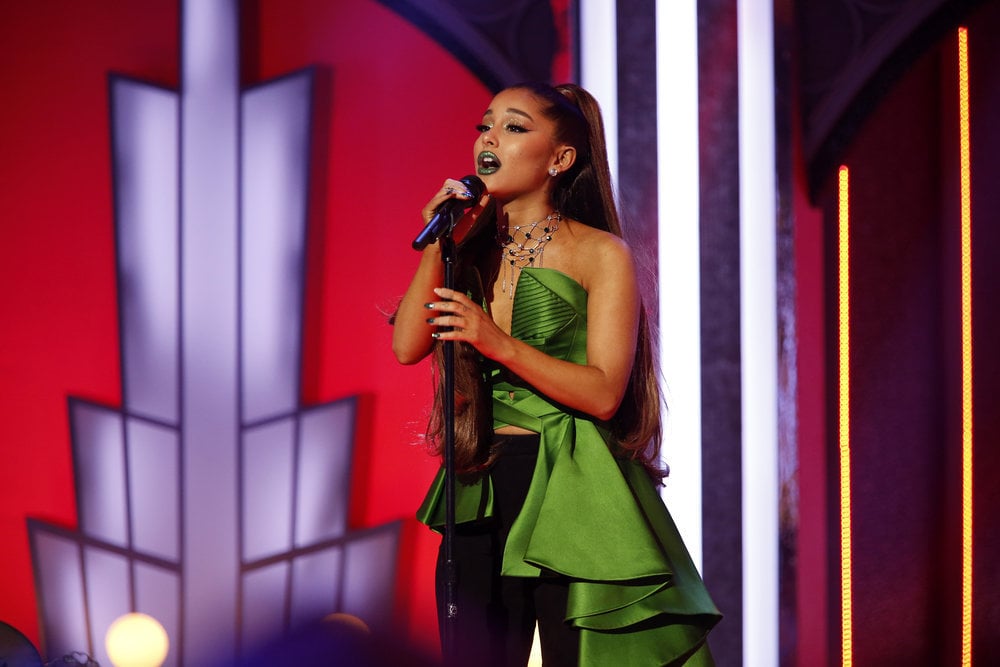 Hold on to your witch hats, because Ariana Grande's performance on NBC's Wicked special is about to blow you away. While Kristin Chenoweth and Idina Menzel gave fabulous performances of their hit songs, Grande really brought the house down (pun intended) with her rendition of "The Wizard and I." Dressed from head to toe in black and green, the singer showed off her incredible voice as she hit all the right notes.

The performance was a very special moment for the singer, who has been a dedicated fan of the musical since she was a young girl. When Grande was nine, she actually met Chenoweth backstage and the two have been close friends ever since. Talk about a full circle moment! See her gorgeous performance ahead.

Related:
Wicked's Past Glindas and Elphabas Reunited For an Emotional Rendition of "For Good"
Previous Next Start Slideshow
Ariana GrandeHalloweenMusicTVWickedMusical