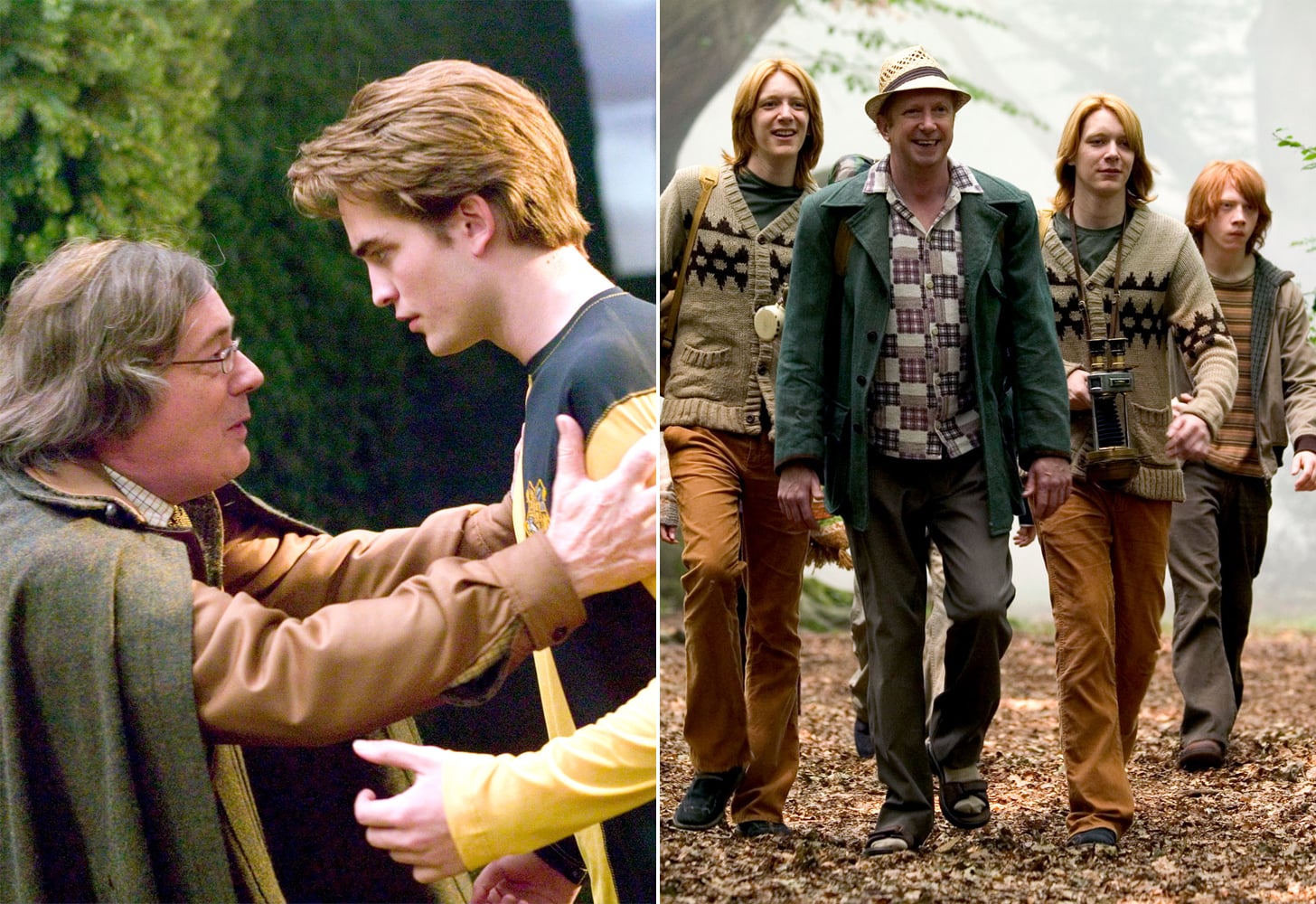 Rewatching the Harry Potter films over and over and over again is one of my favorite pastimes, and I never fail to notice something new each time. Sometimes it's silly — like that dirty joke in Order of the Phoenix — but sometimes it's just really, really sad. Fair warning: this is the latter.

In Harry Potter and the Goblet of Fire, after the Death Eaters attack the Quidditch World Cup campsite, Harry Potter, Hermione Granger, and Ron Weasley find themselves targeted by Ministry of Magic wizards who think they are involved due to being at the "scene of the crime" below the Dark Mark. As spells are cast in their direction, Arthur Weasley yells, "Stop! That's my son!"

Now, flash forward to a pivotal and gut-wrenching scene toward the end of the film. When Harry returns to Hogwarts using the Triwizard Cup portkey, he brings with him the body of fellow student and Triwizard champion Cedric Diggory, who has been killed by Wormtail. The crowd's cheers and the celebratory music quickly die down as everyone comes to the quiet, terrible realization that Cedric has died. His grief-stricken father, Amos Diggory, rushes through the stands to Cedric, yelling, "That's my son! That's my boy!"

Related:
Here's a Breakdown of the ENTIRE Lestrange Family, Because It's Very Confusing

It's a moment that still gets me every damn time I watch the movie, and now it has another layer of sadness. Because while this important quote sandwiches a film plot that's heavy on the father-son themes — with Barty Crouch, who is killed by his son (Barty Crouch Jr.), and Voldemort, who is literally reborn on the grave of his father (Tom Riddle Sr.) — it has one more heartbreaking connection. Arthur's son Ron is spared in this film, but in the final film, Harry Potter and the Deathly Hallows: Part 2, one of his other sons, the fun-loving Fred, dies in the Battle of Hogwarts.