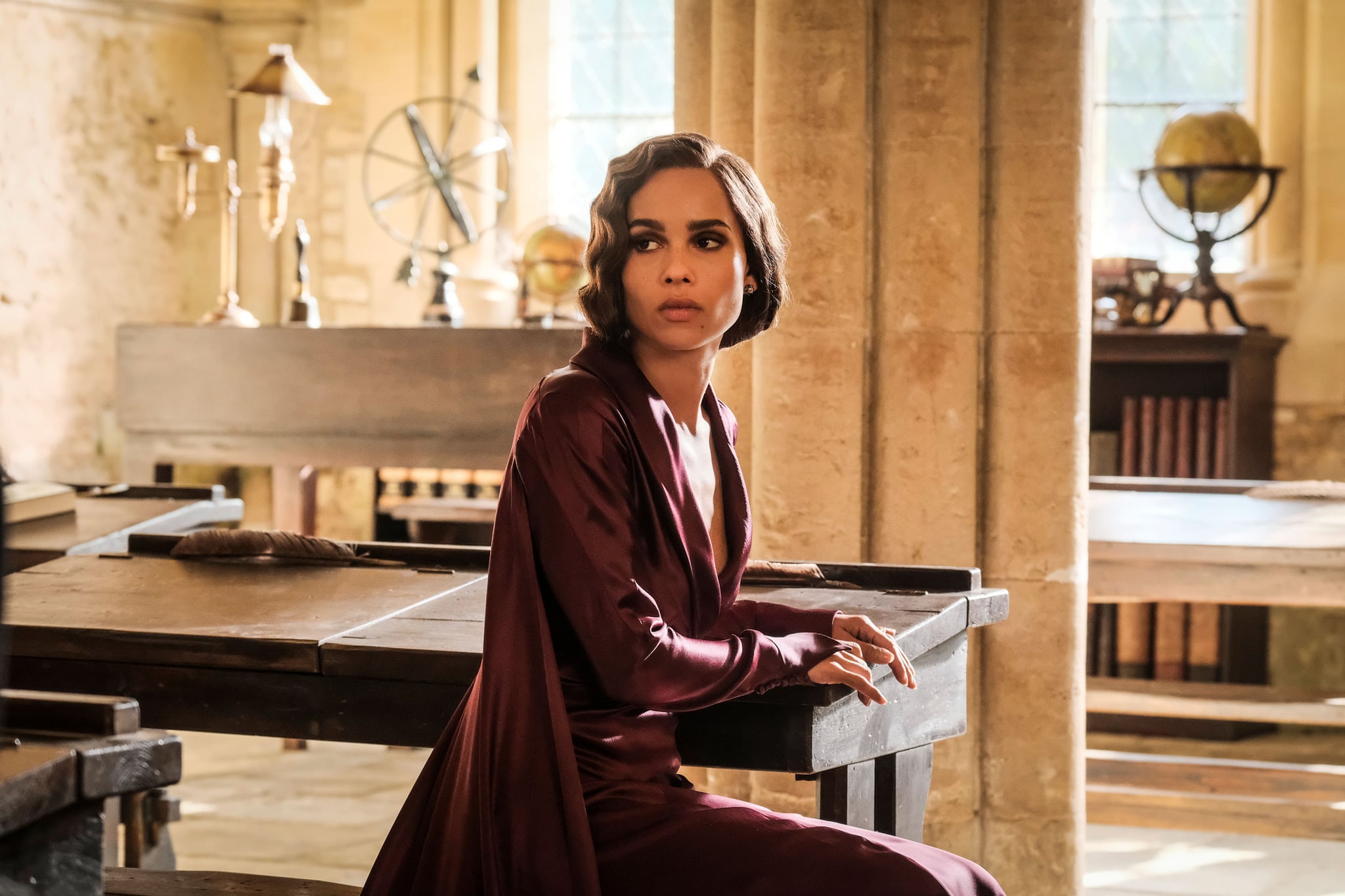 In the original Harry Potter series, the name Lestrange is synonymous with unwavering loyalty to Voldemort. The poster child of the family is, unanimously, Bellatrix Lestrange, who Helena Bonham Carter brings to life in a delightfully evil performance. (Though, as we'll point out, she herself isn't a Lestrange by blood.) The family becomes important once more in Fantastic Beasts: The Crimes of Grindelwald after we learn about Newt's dear friend Leta Lestrange and her connection with Credence Barebone.

Between five Corvuses and varying levels of involvement in the two Wizarding Wars, the Lestrange family definitely gets knotty. Even Yusuf Kama had to draw it all out while investigating Credence's relationship to the pure-blood family. If you're confused about who's who, keep reading as we break down the twisty Lestrange family tree!

The Lestrange family, as we know it, goes back to Radolphus Lestrange, who, according to Pottermore, served as the Minister For Magic from 1835 to 1841. He tried to shut down the Department of Mysteries during his brief run as Minister. Radolphus eventually stepped down because of bad health, though it was speculated that he couldn't handle the stress of the office.

Related:
Dumbledore and Grindelwald Face Off in the Final "Fantastic Beasts 3" Trailer

He married his first cousin Eglantine Lestrange. You can guess what he named his son.

Here's where the twisted exposition in The Crimes of Grindelwald kicks off. Corvus IV is a seedy guy through and through, using the Imperius Curse to get Laurena Kama to leave Yusuf's father and marry him. Laurena dies after giving birth to her daughter Leta Lestrange, or Yusuf's half-sister. Corvus IV later marries Clarisse Tremblay. Their union leads to the birth of Corvus Lestrange V.

Sorted into Slytherin, Leta attends Hogwarts with Newt, quickly becoming close friends with him. Before Grindelwald kills her, she had been engaged to marry Newt's brother Theseus. More on Leta below and her connection to her younger half-brother.

Related:
Fantastic Beasts: This Is How Leta Lestrange Is Actually Connected to Bellatrix

While boarding a ship to America with her baby brother, Leta switches his crib with another infant since Corvus had been fussing. The lifeboat that her real brother is on ends up turning over, leaving Corvus to drown to his death. The other baby gets adopted by Mary Lou Barebone in America. Leta later reveals this to Yusuf, saying Credence Barebone couldn't possibly be her brother because she had killed Corvus. (Credence is, for now, a secret Dumbledore.)

In Harry Potter and the Half Blood Prince, Tom Riddle has a close Hogwarts friend named Lestrange (no first name that we know of), who's most likely a direct descendent of Radolphus and related to Leta as a distant relative. He later becomes one of the first Death Eaters. He's possibly Rabastan and Rodolphus Lestrange's father.

Rabastan and his brother Rodolphus are two of Voldemort's most trusted followers. After Voldemort's fall, he, his brother, Bellatrix, and Barty Crouch Jr. torture the Longbottoms. The Lestranges end up in Azkaban, but eventually escape to serve the Dark Lord once more.

Zoë Kravitz once told The Independent that she plays Bellatrix Lestrange's great-great aunt. Bellatrix isn't a Lestrange by blood (that we know of), but when you think of the name Lestrange, you're probably thinking of her. She marries Rodolphus Lestrange, and they both loyally devote themselves to Voldemort. In Harry Potter and the Cursed Child, we learn that Bellatrix has a secret baby with the Dark Lord named Delphini, who was conceived towards the end of the Second Wizarding War. In 2020, Rodolphus escapes from Azkaban and lets Delphini know about her lineage.