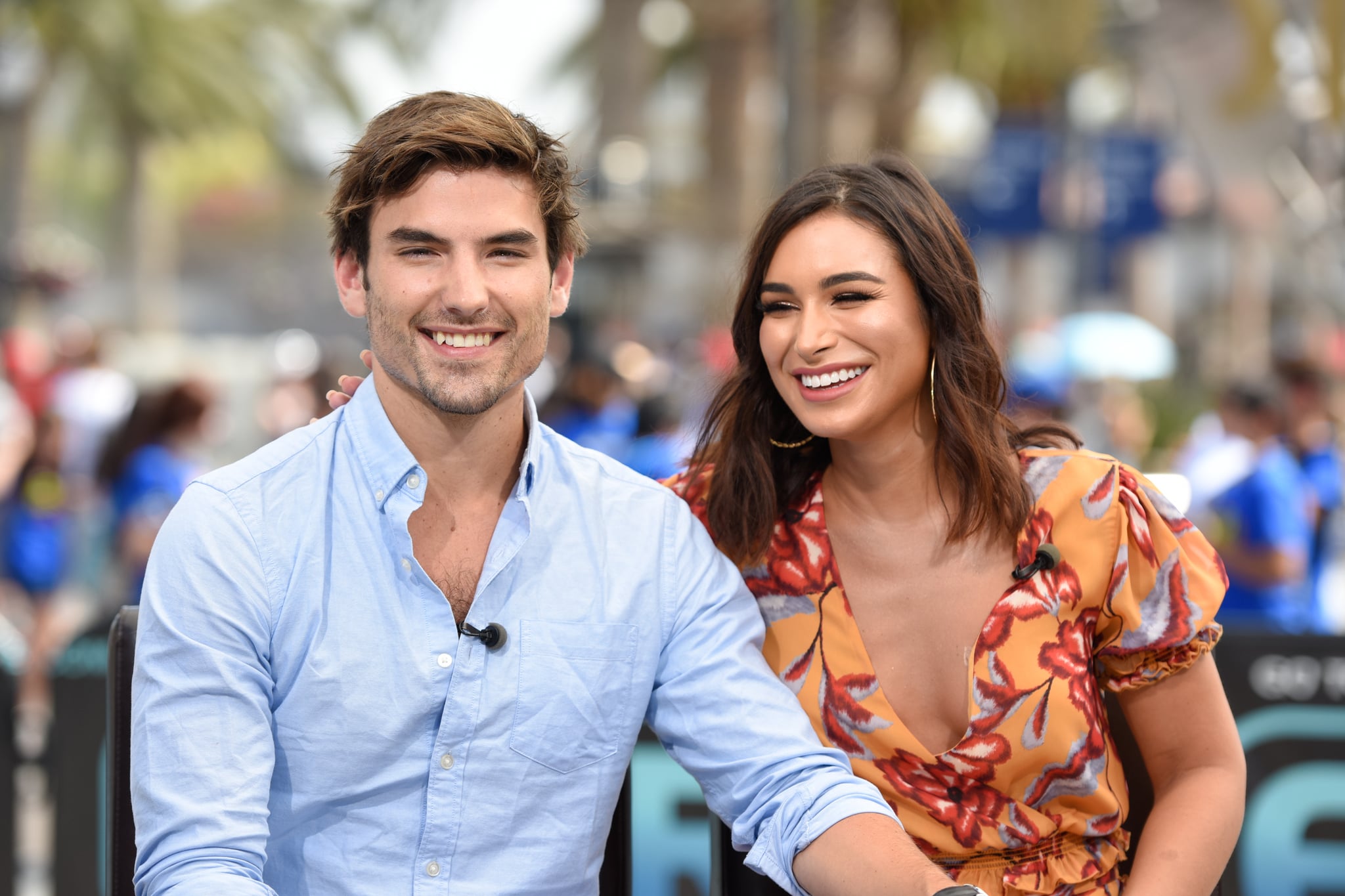 Since they met way back in 2015, we've been low-key rooting for Ashley Iaconetti and Jared Haibon. Both of them came off of the Bachelor and Bachelorette broken-hearted but ready to give love another shot. Their relationship initially seemed to be going well but quickly went south, and Jared left Ashley a crying mess time and time again. It seemed hopeless! But years later, the couple are relevant again — here's the scoop.

Since their first meeting on Bachelor in Paradise, Ashley and Jared have had a complicated on-and-off relationship. They developed a strong and solid friendship, but it was evident from Ashley's over-the-top emotions and admitted jealousy during Bachelor in Paradise seasons that she still wanted Jared romantically. Ashley ended up on the Bachelor Winter Games in early 2018, where she met Kevin Wendt, who she dated for three months after the show ended. Shortly after Ashley's relationship ended with Kevin, she and Jared finally got together. In May, Ashley shared the news with an Instagram post of the couple:

They shared the full story of how they finally made their relationship work after years of ups and downs in a 44-minute-long video for Ashley's web series, The Story of Us. In June, it was confirmed that Ashley and Jared were officially engaged during filming for the newest season of Bachelor in Paradise. Ashley recently posted a photo of her picking out dresses at the ultimate bridal shop, Kleinfeld Bridal, getting everyone's hopes up for a Bachelor and Say Yes to the Dress crossover episode.