There's a lot to love about the new, Bill Condon-directed Beauty and the Beast remake: the catchy new musical numbers, Josh Gad's lively (and gay) LeFou, and the gorgeous scenery that seems to stretch on for miles. The latter example is due in a large part to the film's reliance on CGI, which, for the most part, is executed beautifully. The Beast's castle and surrounding gardens loom much more ominously than in the 1991 animated movie, and the "Be Our Guest" musical number is almost overwhelming in its effervescent splendor. But still, something is . . . off.

In one of the film's early scenes, Belle's traveling artist father, Maurice (Kevin Kline), stumbles inside the Beast's castle and is the first to come upon the cursed prince's enchanted servants. He marvels at the exquisite craftsmanship of Lumiere (Ewan McGregor), Cogsworth (Ian McKellen), and Chip (Nathan Mack), and our jaws drop in tandem with his; the objects look so lifelike it's hard to resist reaching toward the screen so you can touch them for yourself. That's where the wonder ends, however — as soon as these characters open their mouths, they transform a quirky, enchanted castle into what would be a decrepit house of horrors if this story were taking place anywhere other than a Disney universe.

Lumiere's limited facial expressions never quite sync with the bouncy, sly energy McGregor's French-accented voice provides, and Cogsworth's countenance is all but hidden behind his intricate, gilded design. Stunning as they might be sitting on a mantel, their bland, frozen faces shroud exceptional voicework, making it that much easier to forget their performances by the time the film's lengthy two hours are up. 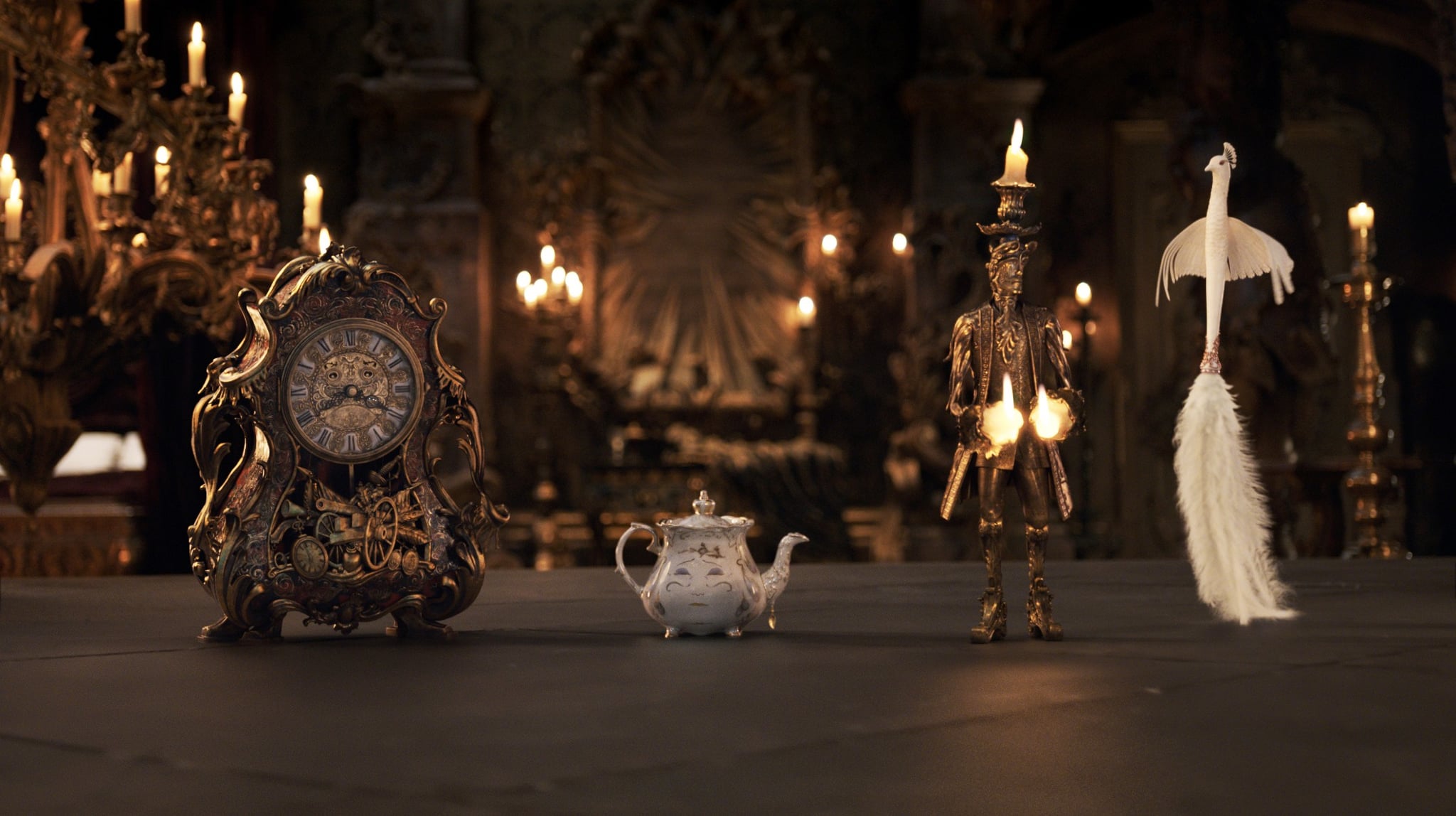 Candlesticks and teacups aside, it seems the biggest problem with trading in 2D animation for the real thing falls on the broad, uncomfortably muscular shoulders of the Beast (Dan Stevens). Moments between Belle (Emma Watson) and the Beast that might feel light and innocent in the first film are suddenly cranked into sharper focus, and overall it's a detriment to the love story Disney is trying to tell. How am I supposed to focus on Belle and the Beast's beautiful literary connection if I'm perseverating on the studio's choice to give the Beast a set of sculpted pecs (which CGI whiz had the lucky task of sexualizing a buffalo is something I'd really like to know)? Do I just ignore the hard-to-miss undercurrents of light bestiality? Can I appreciate his evolution as a character if I'm busy wondering if he uses that magic mirror to watch Belle as she changes (yes, that storyline happens in the old movie, but it never seemed nearly as creepy in cartoon form)?

Making these characters appear more "realistic" doesn't just make them more interesting to look at. The artistic choice raises the stakes for all the characters involved, moral or otherwise. When Belle decides to tend to the Beast's wounds instead of seizing her chance to escape, it's tough to continue viewing the movie as a heartwarming romance, rather than a sad tale about kidnapping with a hearty dash of Stockholm syndrome (criticisms in this vein have been around for years, to the point Watson herself felt the need to defend Belle against them). Is it harder to swallow their relationship because I see more of myself in Belle now that she's a flesh and blood human being? Or does the bizarre realism of the Beast's CGI makeover just have me on edge?

The problematic nature of Beauty and the Beast has long been shrugged off by saying, "it's just a fairy tale." It still is just a fairy tale, unless villagers being held captive by giant, man-beast hybrids is a common occurrence in France. But magical and farcical as this movie is (and do not misunderstand me — this movie has no shortage of breathtaking moments), it might be the first (and possibly only) of Disney's list of planned reboots that doesn't benefit from the live-action treatment.

Image Source: Everett Collection
Emma WatsonDan StevensMoviesBeauty And The Beast
Around The Web