This season of The Bachelorette has been polarizing in many ways, but among the issues dividing Bachelor Nation has been the complicated (and seemingly endless) love triangle between Becca Kufrin, Colton Underwood, and Tia Booth. Things came to a head (again) on this week's episode, when Tia confessed that she still had feelings for ex-boyfriend Colton. Becca listened and took it in stride but later cut Colton from the competition. End of the story, right? Wrong, because some fans have been harassing Tia via social media since the episode aired. Despite how she may have felt about Tia's timing, Becca took to her Instagram Stories on Tuesday to defend her friend. 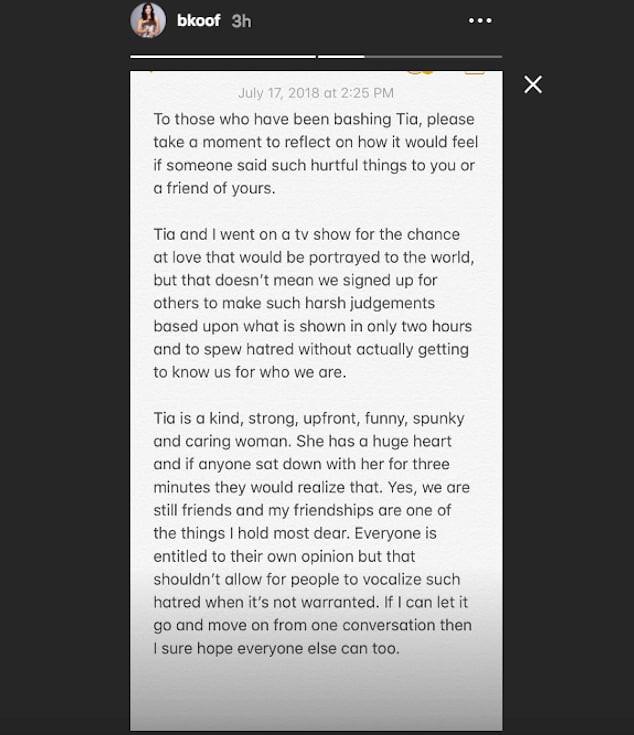 For the love of Chris Harrison, leave Tia alone, y'all.

Netflix
Who Was Tony Hughes, Jeffrey Dahmer's 12th Victim, and Where Are His Family Today?
by Pallavi Bhadu 21 hours ago

Julia Roberts
From "Pretty Woman" to "Wonder," Check Out Some of Julia Roberts's Best Movie and TV Show Roles
by Jessica Vacco-Bolanos 22 hours ago