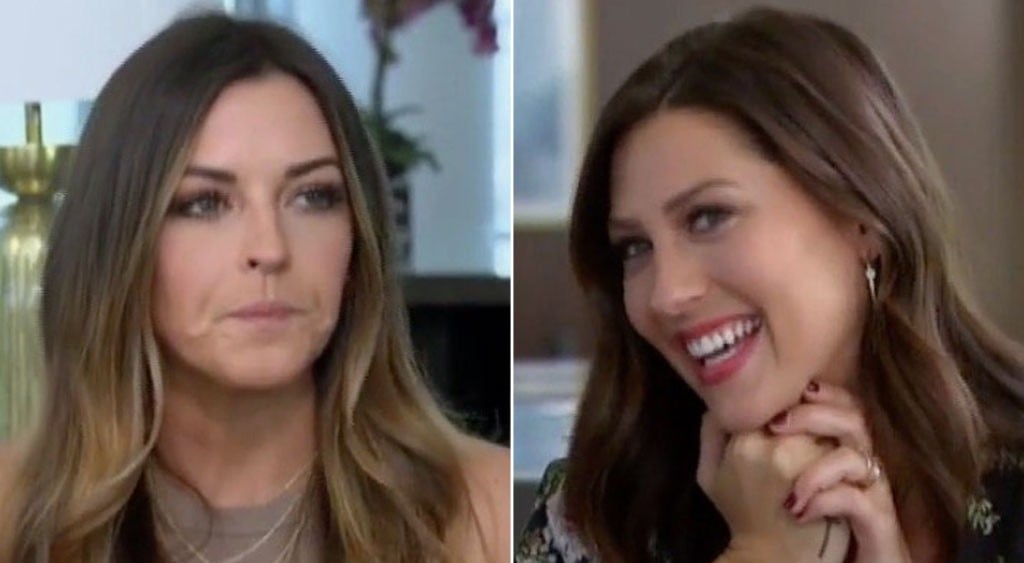 Tia Confessed Her True Feelings About Colton on The Bachelorette, and Things Got AWKWARD

In addition to doing the damn thing, Becca has made it clear that the biggest theme in her season of The Bachelorette is . . . drum roll, please . . . honesty. If we'd all been given a dollar for every time Becca has uttered her desire for an honest partner over the last eight weeks, we could crowdfund building a time machine to go back and stop Arie Luyendyk Jr. from breaking Becca's heart and giving her trust issues to begin with. Alas, that is not the case, and the most recent episode of the reality series served up a surprising truth from one of Becca's closest friends.

After going on sweet hometown dates with Garret, Jason, Blake, and Colton, Becca attended a boozy brunch with some of her gal pals — Tia Booth included — to discuss her recent escapades with her remaining suitors. Although there were stories about meeting the guys' families, descriptions of just how phenomenal of a kisser Jason is, and who Becca can see herself ending up with, a rather unexpected moment came courtesy of fellow bruncher Tia, whom Becca appeared with on Arie's season of The Bachelor earlier this year.

When Becca began discussing Colton, Tia's ex, Tia pulled her aside so they could speak privately out on the terrace. It was then that she told Becca that she's been harboring feelings for Colton all this time and that hearing about Becca's happiness with him makes her "sick" to her stomach. She stressed how she wants Becca to find love, but that, well, um, mayyyybe with someone other than the former NFL player and current virgin?

Becca thanked Tia for her honesty, but later said in a confessional interview that she "felt off" because of Tia's revelation and that she just had to trust her gut. In the rose ceremony not long afterward, Becca decided to send Colton home, leaving Garret, Blake, and Jason still in the running. For members of Bachelor Nation, Tia's confession didn't necessarily come as a surprise, but that doesn't mean people aren't feeling some type of way about how she chose to tell Becca about her true feelings.

From fans who think Tia made the right choice to those who are adamantly advising Becca to uninvite her from brunch from now on, see some choice tweets about the episode ahead.