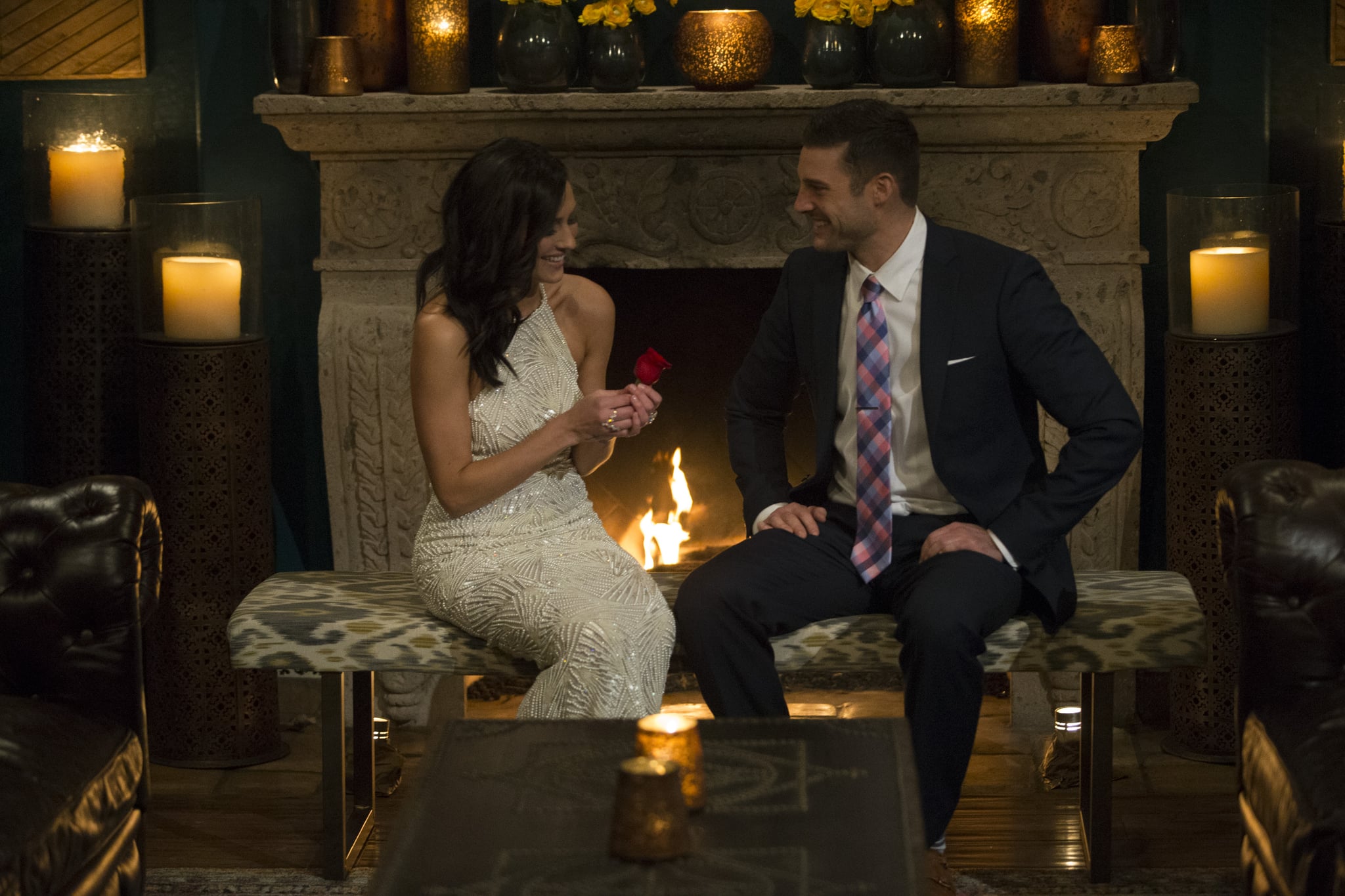 It may have just begun, but controversy is already coming to Becca Kufrin's season of The Bachelorette. During the eventful season premiere, contestant Garrett Yrigoyen emerged as a front-runner after receiving the coveted first-impression rose. Garrett's history of "liking" offensive photos on Instagram, however, has since come to light, which includes memes mocking immigrant children, transgender people, feminists, and survivors of the Parkland school shooting.

Now, Becca has addressed the controversy. "I want viewers to be open to everyone, and I want them to go through this season with me and watch my love story unfold with all of these men," Becca told Entertainment Tonight. "I did things in the past that I'm sure [weren't] the best [things], but I just want people to stay open-minded to everyone."

Becca also said she's unsure about Garrett's social media history being a reflection of his beliefs. "I can't fault on anyone for what they believe and who's to say that anyone is truly what they believe in if they just double tap," Becca said. "I can't speak to that because that's just not me. I am a strong woman and I do believe in certain things, but again, that's what's so great about our country — everyone is entitled to their own opinions."

It's already been predicted that Garrett will make it very far in the competition. In fact, Jimmy Kimmel made his annual prediction following the premiere and chose Garrett as Becca's final suitor. The talk show host has correctly predicted the last four out of six winning contestants on The Bachelorette, and the last five out six on The Bachelor.