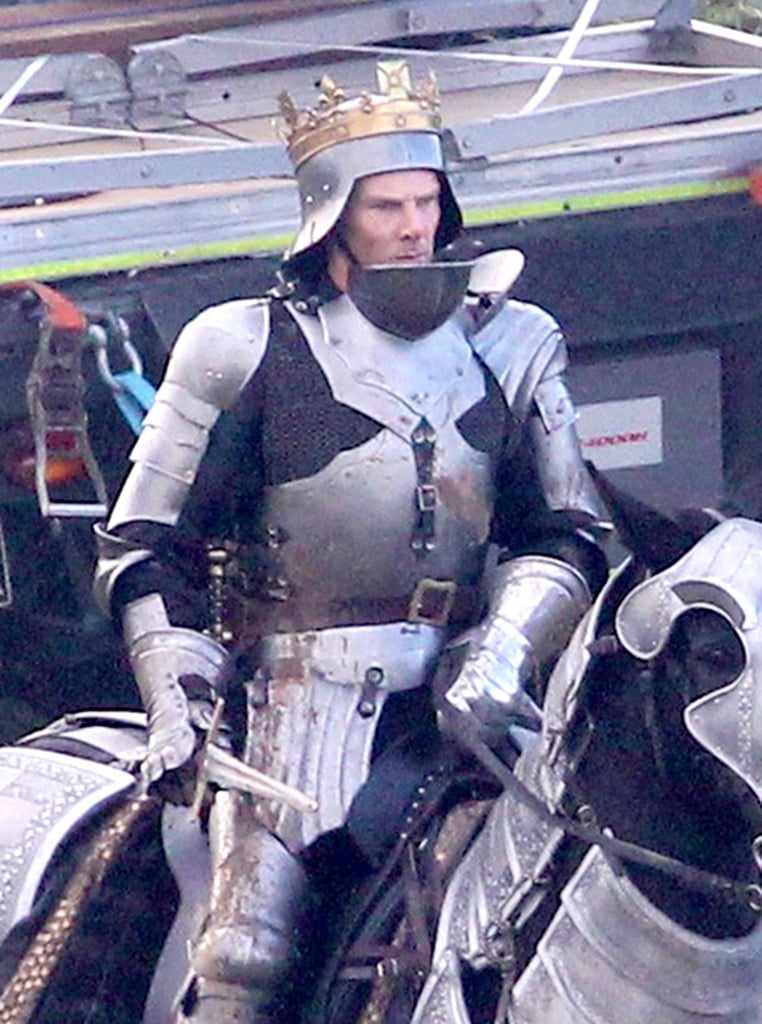 Earlier this month, Benedict Cumberbatch began filming on his latest project, The Hollow Crown: The Wars of the Roses, and now we are getting a chance to see him in action. Cumberbatch is portraying controversial monarch King Richard III in the three-part BBC series, and between these epic fight scenes and the brooding picture that the network released two weeks ago, it appears he is really taking to his new role. Keep reading to see the armor-clad actor taking part in a brutal battle scene, and then be sure to check out Cumberbatch's hottest pictures in order to remind yourself that he can be pretty sexy when he isn't playing one of England's most complicated monarchs.

Previous Next Start Slideshow
Benedict CumberbatchStars On The SetTV