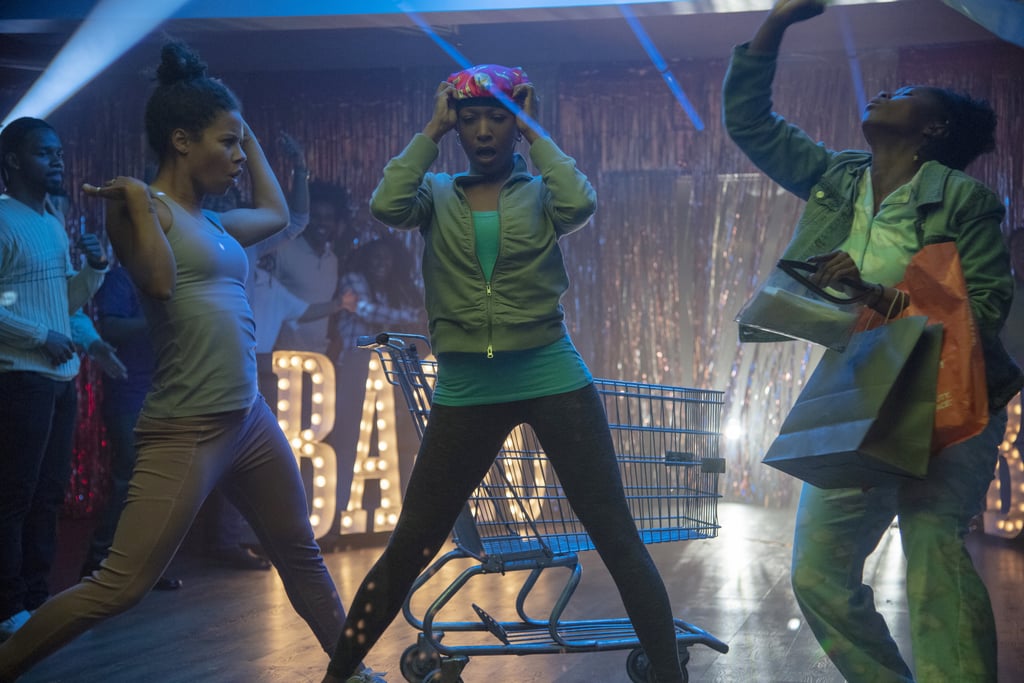 There's only been one season of HBO's A Black Lady Sketch Show so far, but it's definitely been memorable. The Emmy-nominated comedy sketch series debuted on Aug. 2 with a core cast made up of comedic geniuses Robin Thede, Ashley Nicole Black, Gabrielle Dennis, and Quinta Brunson, and boasts the first black woman director and black woman head writer of a sketch comedy show ever.

Skits like "Bad B*tch Support Group" and "Rome and Julissa" not only include an impressive array of guest stars like Angela Bassett, Patti LaBelle, Laverne Cox, Nicole Byer, and executive producer Issa Rae, but they also provide viewers with a brand-new experience: a black woman's take on sketch comedy. Some of ABLSS's skits explicitly address race and gender (like the recurring "Hertep," who is not invited to any weddings in the future), while others are just pure fun and showcase the wide range of talent that the core cast of actresses possess. I mean, how many actresses can pull off a mix of Shakespearean iambic pentameter and internet chat-speak to illustrate the Nicki Minaj/Cardi B stan culture?

If you haven't caught A Black Lady Sketch Show on HBO yet, you're in luck — the series has been renewed for a second season, and I'm here to help you catch up on what you've missed. Check out some of the highlights from the series's freshman season and catch ABLSS for yourself, on HBO.

ABC
Will the Queens Make Another Comeback For Season 2?
by Njera Perkins 4 minutes ago