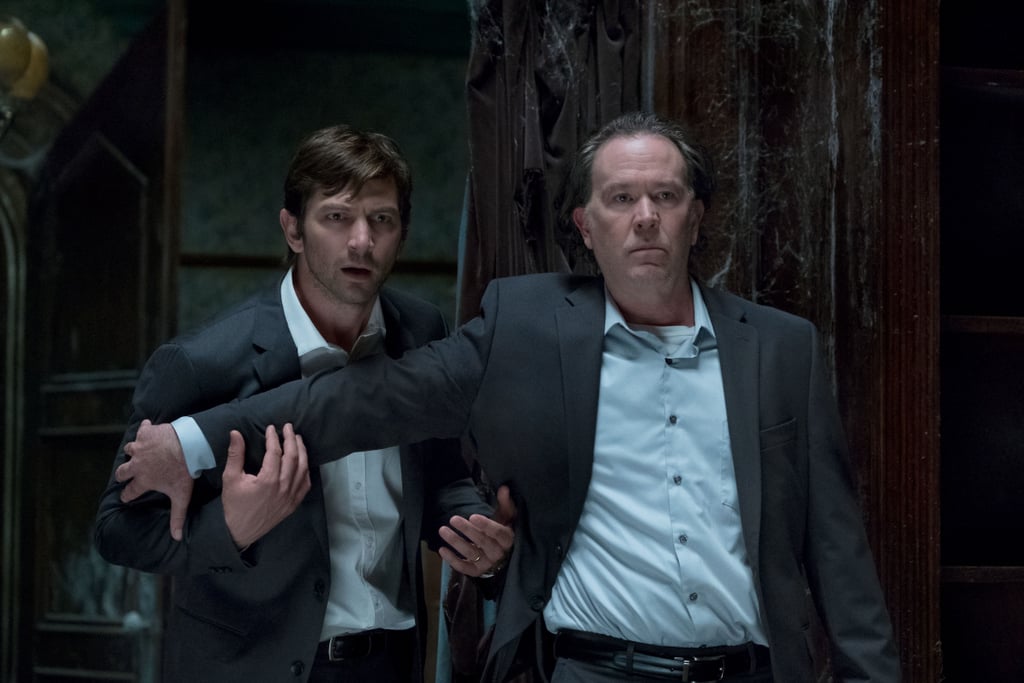 The new year is almost here, which means it's time to catch up on your favorite Christmas movies like White Christmas and Home Alone and maybe start a new tradition or two as you decorate your Christmas tree.

Our plan is to Netflix and chill — but we mean really, really Netflix. If you're not sure what we're talking about, don't worry, we'll explain. As 2018 comes to a close, we've decided it's time to catch up on the best Netflix original series the streaming service released this year. Yes, we're talking season one and season two of Queer Eye, 13 Reasons Why refreshers, and of course all of the Fall and Winter premieres we might've missed.

Whether you are a horror fan and want to watch Chilling Adventures of Sabrina and The Haunting of Hill House or are into feel-good shows like Fuller House, which has new episodes premiering in December, Netflix has something for everyone. Why not challenge yourself and reward yourself in the final month of 2018 by watching as many Netflix original series as possible?

Sure, we know holiday films like The Christmas Chronicles starring Kurt Russell and The Princess Switch starring Vanessa Hudgens are also on your must-watch list from Netflix, but that doesn't mean you can't fit in a little binge-watching too this month. It'll be hard to watch all of these top original series before the new year, but we think you can rise to the challenge!

Take a look at the best new and returning shows from Netflix in our gallery now, and get ready to binge like it's 2018!

Emmy Rossum
Turns Out, Fiona Gallagher's Shameless Series Finale Absence Was a Result of COVID-19
by Grayson Gilcrease 6 hours ago

Nostalgia
The Serpent: How to Steal Monique's Sultry and Bohemian '70s Style
by Kara Kia 6 hours ago

Netflix
Dearest Reader, Bridgerton Has Been Renewed For Seasons 3 and 4
by Kelsie Gibson 14 hours ago