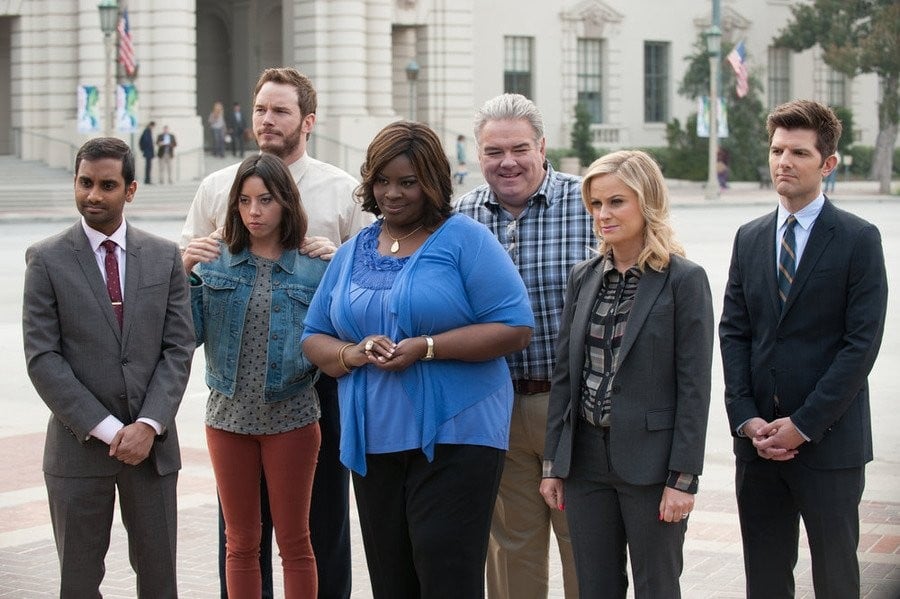 During its seven-season run, Parks and Recreation did something very few shows manage to: it kept getting better. It helped that the NBC comedy had everything going for it: an enormously talented cast with insane chemistry, hilariously dry humor that everyone enjoyed, and the ability to combine the mundane day-to-day of small-town bureaucracy with wacky personalities that resonated with viewers. Even if those qualities didn't get rightfully recognized during its run . . . ahem.

Though the show ended in 2015, fans of the series know you never let go of a good thing, especially when it's a gang as fantastic as the folks of the Parks and Recreation Department of Pawnee. And that's why we're extra thrilled about the upcoming Parks and Recreation reunion episode, which will air on April 30 to raise money for Feeding America's COVID-19 Response Fund.

Ahead of the special episode, and in tribute to an amazing show that we're all better for having watched, check out some of the classic moments that made Parks and Recreation so outstanding.

And pro-tip: for a prime viewing experience, play this number on repeat. You're welcome.

Netflix
Here's How Each Character's Story Ends on You Season 3, Because It's a Wild Ride
by Hedy Phillips 8 hours ago

Netflix
Who's the Snarky Voice Behind Netflix's Sexy Beasts? You Might Recognize This Comedian
by Emma Vallelunga 10 hours ago

Netflix
Whew! You's Season 3 Finale Is Full of Twists and Turns — Let's Break It Down
by Monica Sisavat 11 hours ago

Netflix
Meet Joo Won Shin, the Korean Singer Behind Squid Game’s Haunting "Fly Me to the Moon" Cover
by Victoria Messina 11 hours ago

Jenna Ortega
Wondering Where Ellie Is on Netflix's You? We May Have an Idea
by Monica Sisavat 16 hours ago