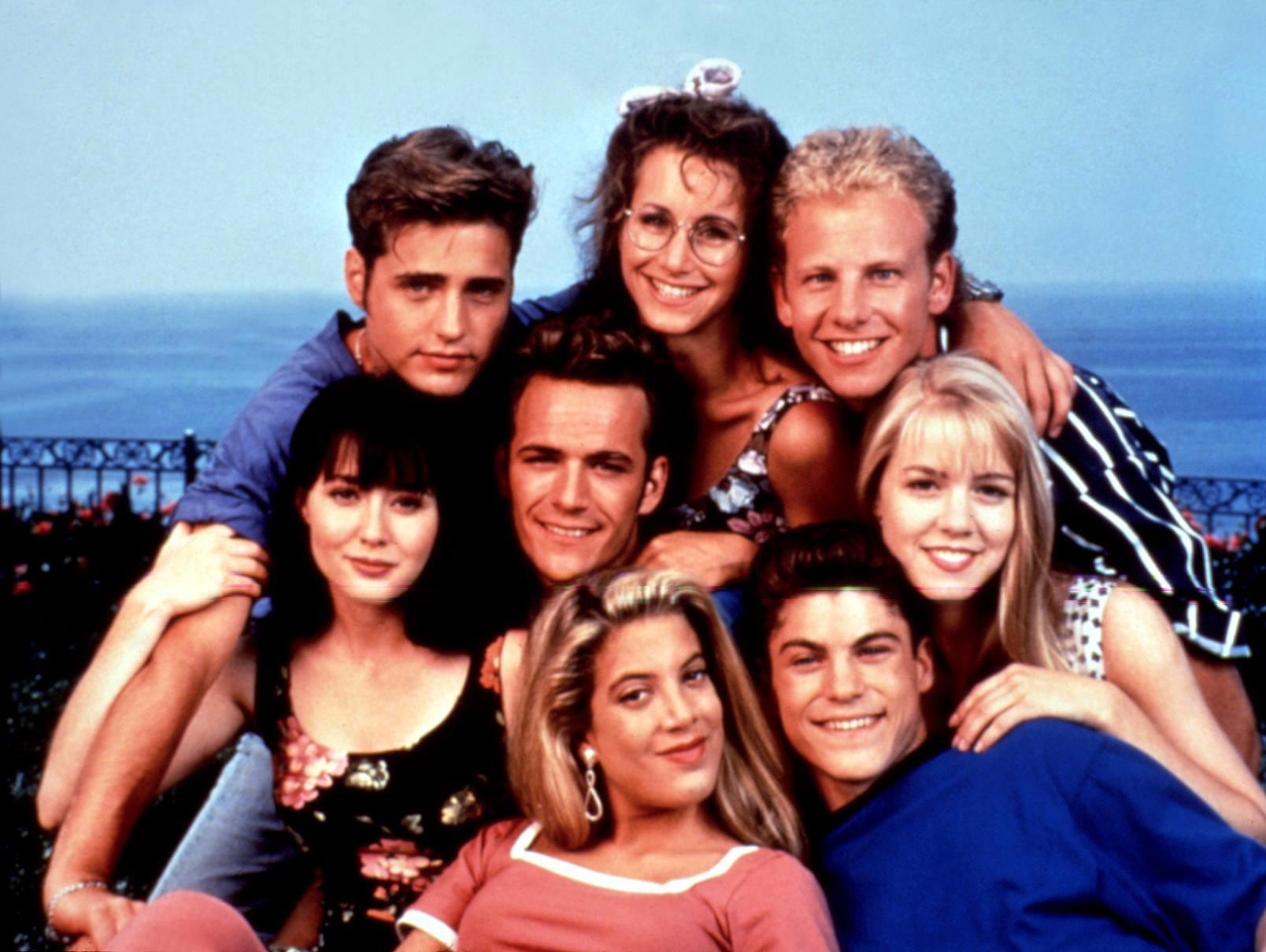 It looks like our early Christmas present might not be exactly what we were expecting. On Dec. 20, news dropped that a "reboot" of the iconic Beverly Hills, 90210 was being pitched around to various networks. The project, which is reportedly in early development, was described as an "untraditional reboot," in the sense that the actors "are not reprising their original characters." Initially we wondered how the reboot would work with characters not being played by their original actors — but now we have an answer to all of that! According to TVLine, while the new series does feature some of the original cast, it isn't a reboot or a revival at all.

Before you decide you're not interested in anything but the return of the Peach Pit Posse, hear us out. TVLine reports that the scripted series is actually an "hour-long mockumentary-style dramedy" that's inspired by the '90s teen drama. The original 90210 cast members involved — Jennie Garth, Jason Priestley, Tori Spelling, Ian Ziering, Brian Austin Green, and Gabrielle Carteris — would be playing exaggerated versions of themselves rather than their iconic characters. Other notable alums, like Shannen Doherty and Luke Perry, are not currently attached (though who knows what the future may bring). The potential series will follow the trials and tribulations of the group's efforts to get (another) 90210 revival on TV.

Let's be real, that's definitely a more original approach considering the plethora of reboots and revivals that cropped up in 2018. As previously reported, CBS TV Studios is handling the project with writer-executive producers Mike Chessler and Chris Alberghini, the same duo that worked on The CW's rebooted 90210 series. While we're a little disappointed we won't be revisiting Donna and the crew, color us intrigued in seeing where this series goes!