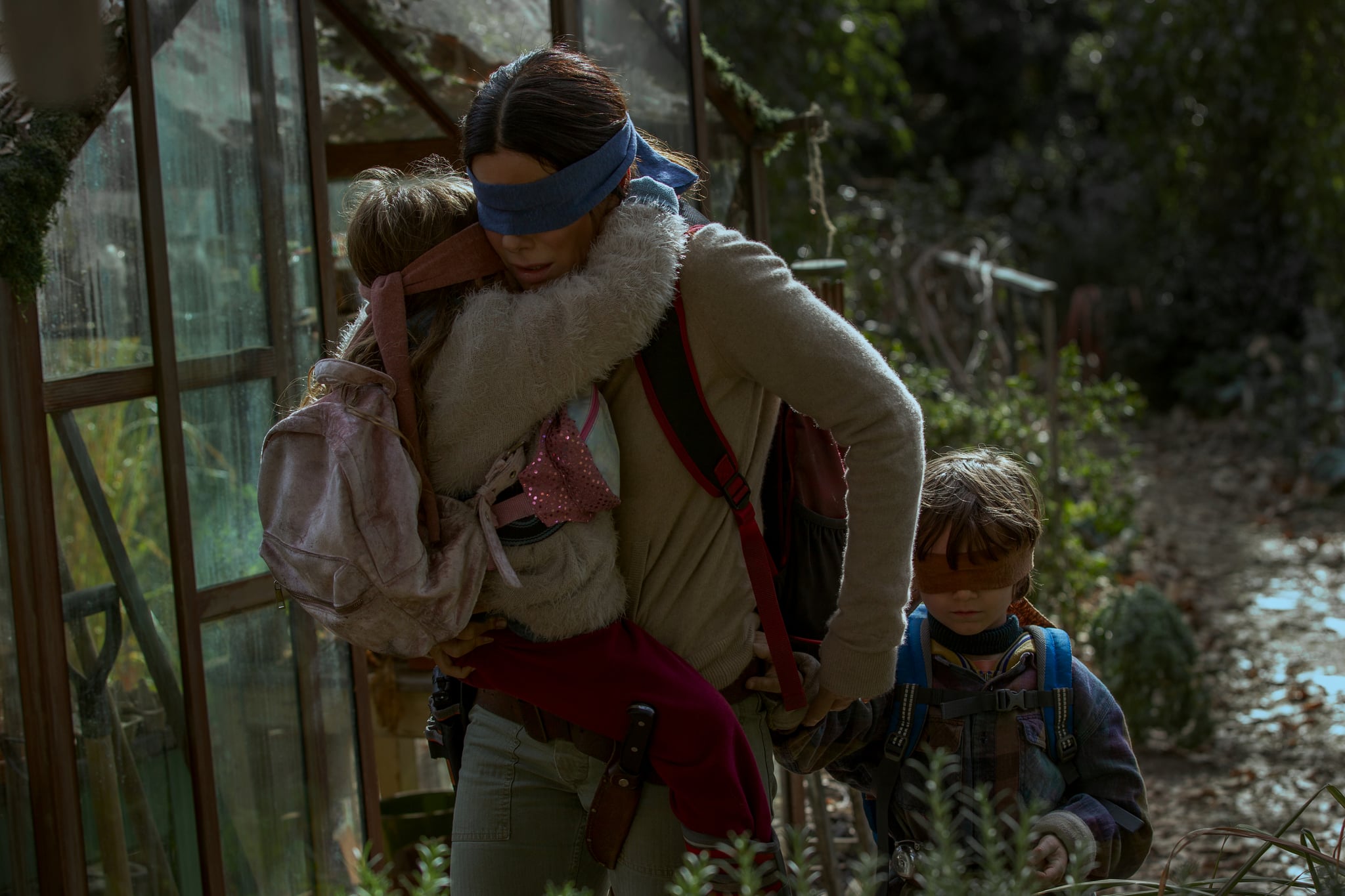 If the summer of scamming will continue, so will the year of horror. Almost a year after Netflix released the film inspired by his novel (an instant classic, if only for the memes alone), the author of Bird Box has confirmed that he's written a sequel. That's right, we're not done with those blindfolds just yet, folks!

In an interview with Esquire on March 18, author Josh Malerman revealed that the written sequel to Bird Box is titled Malorie, and will be released on Oct. 1. The story will take place eight years after the events of the first book and center on our heroine, played by Sandra Bullock in the Netflix film.

"In the time between Bird Box coming out and the time since I've been writing Malorie, I've been asked a ton of times: people want to know what happened with Boy and Girl. But as much as I care about Boy and Girl, this isn't their story," Malerman said. "The Bird Box world is Malorie's story, and I wanted to know more about her. I wanted to get to know her even better. At the end of the movie, I turned to my girl Allison and said, 'I want to know what happens next!' and she's like, 'Well, you know, you could make that happen,' so it really was this warm feeling."

Sorry, Girl and Boy — I mean, Olympia and Tom. While Malerman did divulge that we'll be getting to know the monsters better in Malorie, he wouldn't say whether there's any resolution on where the monsters came actually from. We hope Netflix is keeping its eye on the prize here. Though we definitely don't need another "Bird Box Challenge," we wouldn't say no to a sequel also making its way to the streaming site.