Spike Lee has a knack for delivering when it comes to dramas. The 61-year-old director earned acclaim for his work on films such as 1989's Do the Right Thing, 1992's Malcolm X, and 2006's Inside Man. Now, the proud Brooklyn filmmaker is back with a new drama set in the 1970s, and it's one that's based on true events.

BlacKkKlansman recounts the real-life story of Ron Stallworth, an African-American detective who successfully infiltrated a local chapter of the Ku Klux Klan in Colorado Springs, CO, to become one of its leaders. John David Washington (Ballers) stars as Stallworth and Adam Driver (Star Wars: The Last Jedi) plays Flip Zimmerman, a fellow officer who stood in as Stallworth's "white self" when it came time to meet Klan leader David Duke — portrayed by Topher Grace (That '70s Show) — and other KKK members face to face.

As you can imagine, the synopsis alone has already generated buzz ahead of its release. Washington, the eldest son of Oscar award-winning actor Denzel Washington, sat down with Entertainment Weekly and shared why he believes the project, which hits theaters in August on the one-year anniversary of the fatal white nationalist rally in Charlottesville, VA, will be "mind-blowing" for viewers.

"The most outrageous part [about the film] is that it's factual," Washington said. "[E]verything in it, you'll see, how extreme and eye-opening and surprising the events that happened are, but what tops it off [for] me, what makes it all come together, is that this really happened. This is American history." 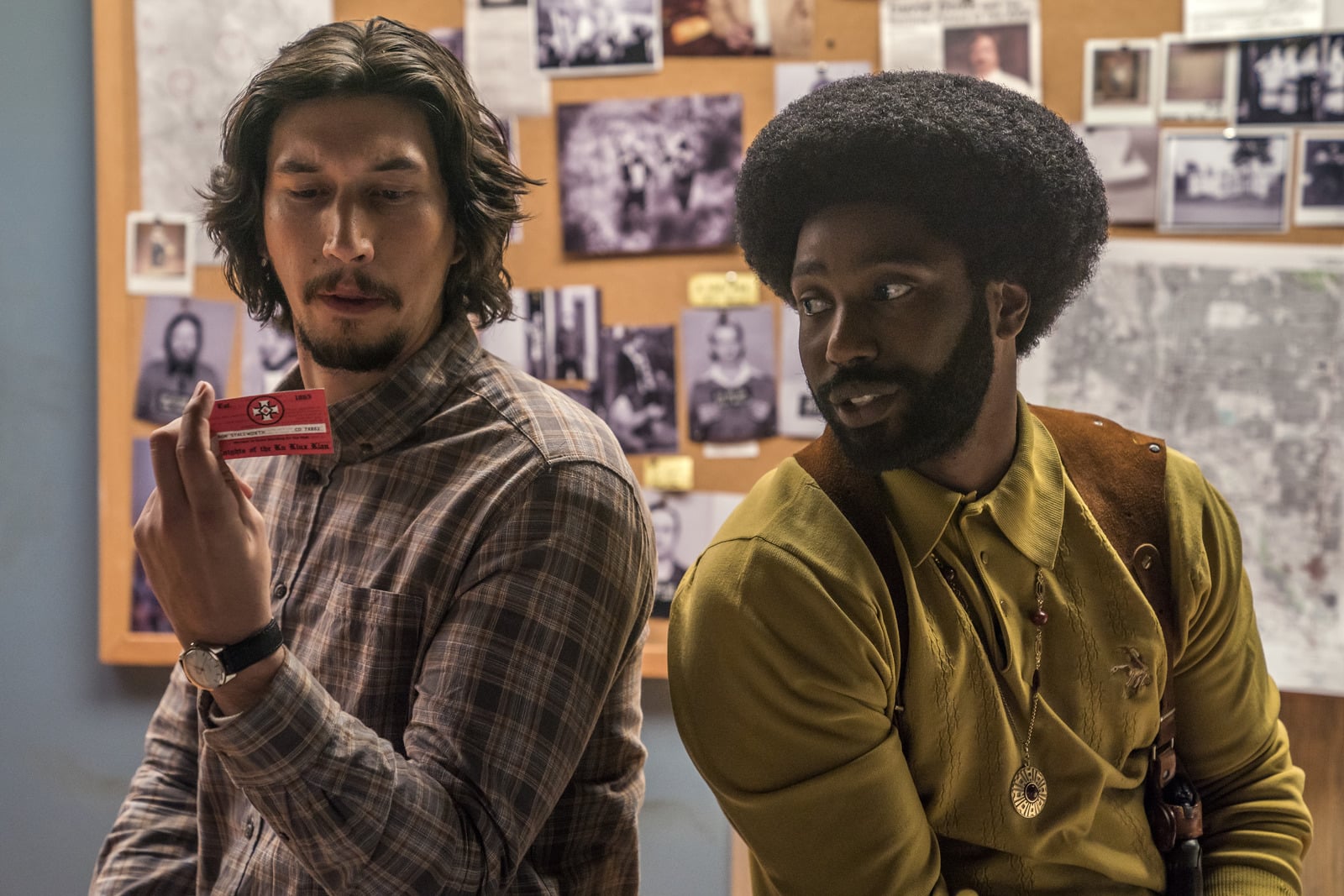 Washington, who met Stallworth himself, said his story is one you couldn't make up. "It's unbelievable that this story is true, and whether you connect with the film or not, to come into this information is still mind-blowing." The burgeoning actor, who reunited with Lee after landing his first role in Malcolm X at nine years old, also revealed the man he portrays in BlacKkKlansman "still has his Ku Klux Klan membership card" to this day. "He passed the card around for us to see and feel and it kind of just brought truth to everything he said, a validation."

Lee, who is set to debut the film at the Cannes Film festival on May 15, told The Hollywood Reporter he was unaware of Stallworth's story until Get Out's Jordan Peele brought the project to his attention. "I never heard of [it]. I never heard of Ron [Stallworth], never heard of the book," he confessed. "Is this real?" was one of the first thoughts he had before directing the movie.

"Everybody remembers David Chappelle's skit," Lee said, referring to Chappelle's Clayton Bigsby sketch in which he plays a black, blind member of the KKK. Only this time, the story isn't a comedy sketch — it's very real and explores a piece of the ugly history of racism in America that couldn't arrive a more poignant time.

Taylor Swift
Taylor Swift Almost Appeared in "Twilight: New Moon," but She Was Rejected Due to Her Star Status
by Njera Perkins 2 hours ago