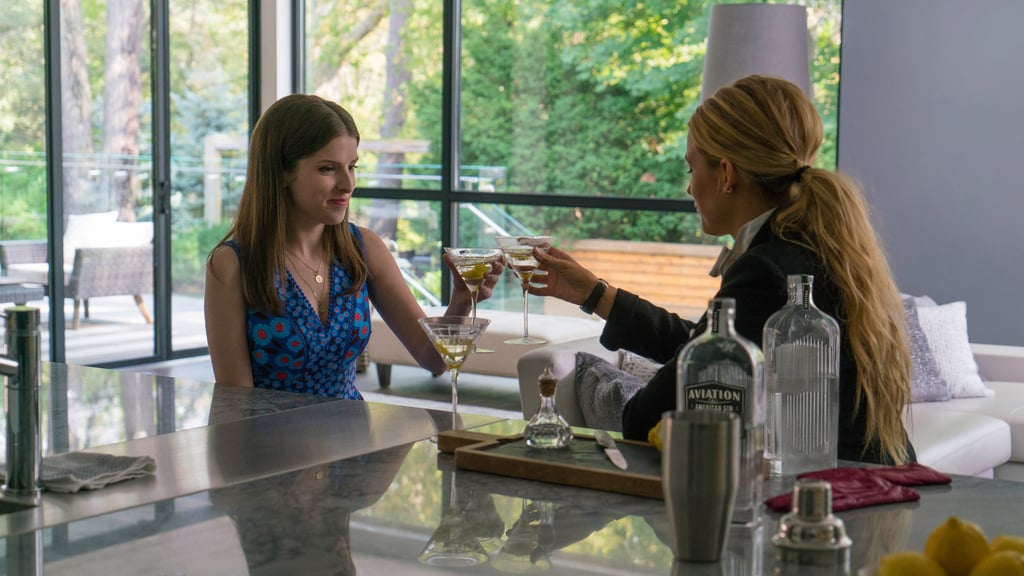 Blake Lively's character in A Simple Favor, Emily, is known to have a gin martini in her hand, and guess who her supplier is by default? Lively's real-life husband, Ryan Reynolds.

According to Cosmopolitan, Lively pitched the idea of using Ryan's company Aviation Gin for the film to director Paul Feig. "At the time, I was trying to clear another gin, and Blake's like, 'Hey! Ryan's got this gin that he really likes!' She really liked the company and everybody involved," Feig said. "And I wouldn't have done it if I didn't like the look of it on the screen, but I really thought the bottle looked fantastic. So I, honestly, didn't even realize the level of involvement that [Ryan] had in it, but I think it's great, because it's a really good gin!

Moviegoers quickly caught on to Lively's shout-out and approve of her romantic product placement. Despite having a relationship full of online trolling and disses, this is just further proof of Lively and Reynolds's sweet behind-the-scenes love. Now, can we have a film starring these two side by side for a change?