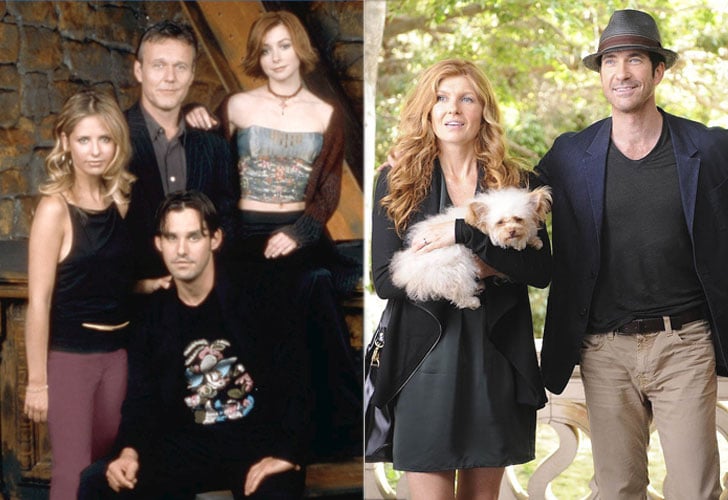 From a seemingly endless supply of creepy-crawlies to a masterful hand on terrifying the sh*t out of us, Buffy the Vampire Slayer and American Horror Story have a lot in common. However, there is one tangible connection between the supernatural shows that you might've missed. Thanks to an eagle-eyed Redditor, it appears that the humble abode from AHS's first season, Murder House, popped up 12 years before. It first gained infamy in Buffy's fourth season — the Halloween-themed fourth episode, titled "Fear Itself," has Buffy and co. trapped inside of a haunted frat house along with a demon (no sign of the creepy-but-cute Tate, unfortunately). Crazy, huh? Check out the two versions of the house here, and see all the wild connections between American Horror Story's five seasons.