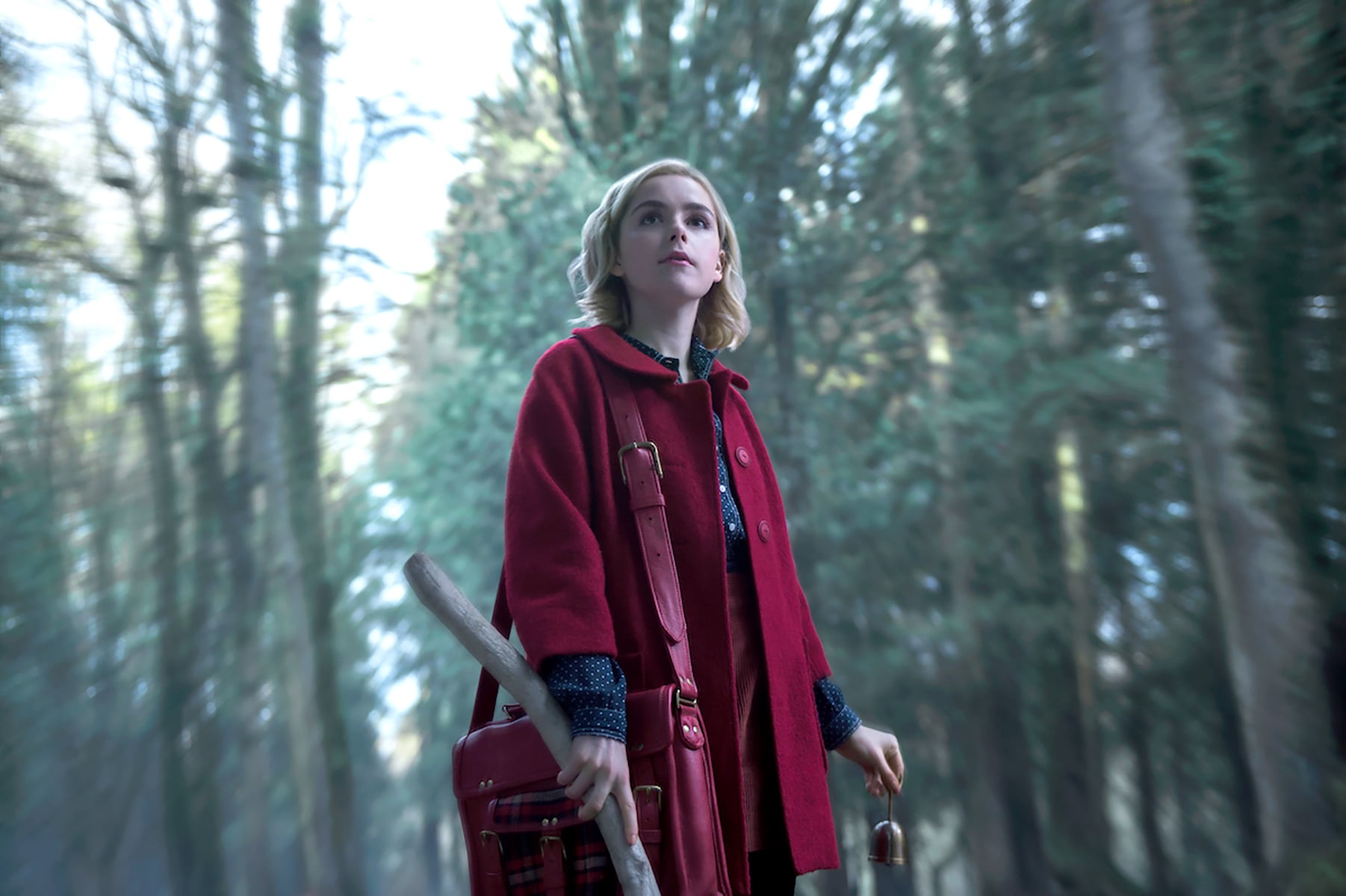 After several months' hiatus, Chilling Adventures of Sabrina is just about to drop its second set of episodes. On April 5, we'll finally get to rejoin young witch Sabrina Spellman and her family and friends as she navigates the witchy world while trying to uncover mysterious forces at play. As the new season approaches, the cast has spilled a few details. Here's what they say to expect from the latest episodes.

"Her signing the book was definitely strategic," Kiernan Shipka told The Mary Sue during a set visit. While the young witch may have fully joined the Church of Night, she's still pretty frustrated with its structure and beliefs, not to mention a virulent misogyny that's only strengthening under the rule of Father Blackwood. In the next batch of episodes, though, Shipka says that Sabrina "fights strongly to change that."

Sabrina is still a heroine, make no mistake, but she's evolving in her new environment and circumstances, too.

"Sabrina definitely changes and shifts a lot. Her growth is very evident and the second season definitely has a different spin on it than the first season. They're very different from each other," Shipka explained to Digital Spy.

While Sabrina works to rebel against the Church of Night from within, she'll have an unexpected (or maybe not so unexpected) ally: Nick Scratch, the warlock who has been fascinated with Sabrina since she first arrived at the Academy. Despite enjoying the hedonistic side of warlock life, Nick is waking up to frustrations with the way their community works, and his loyalty to Sabrina is growing, both personally and ideologically.

"He sees how misogynistic and regressive the whole witch community is," actor Gavin Leatherwood told The Mary Sue. "When Sabrina comes into that, he starts to see that things need to be shaken up a bit . . . [they] share a similar perspective as far as helping this world progress in a more positive light."

But if the first photos released by Netflix are any indication, Sabrina's heart is still torn in two directions, with Nick on one side and her mortal ex-boyfriend Harvey Kinkle on the other.

Ambrose's Past Comes Into Play

"Ambrose's past definitely comes to haunt him," portrayer Chance Pedromo teased to The Mary Sue. "If Ambrose's past is a cauldron it's starting to bubble." In the first season, we got Ambrose's backstory, as he was confined to house arrest with the Spellmans for previous crimes against the Church of Night. By the end of the season, his sentence is commuted (and he's in a seemingly happy relationship with Luke), but there's still a lot we don't know about the Spellmans' cousin, and season two is set to reveal more.

With the help of her ghostly ancestor Dorothea, Susie will be going on a journey of self-discovery. The first batch of episodes strongly hinted that Susie does not wholly identify with being assigned female at birth, and the second season will cover more of that territory. Actor Lachlan Watson — who is non-binary in real life — shared how Susie's journey (now identifying by the name "Theo") parallels Sabrina's in season two:

The wait is almost over to see where the next batch of episodes takes Sabrina and her friends! Part two of Chilling Adventure of Sabrina is set to debut on Netflix on April 5 — praise the Dark Lord!