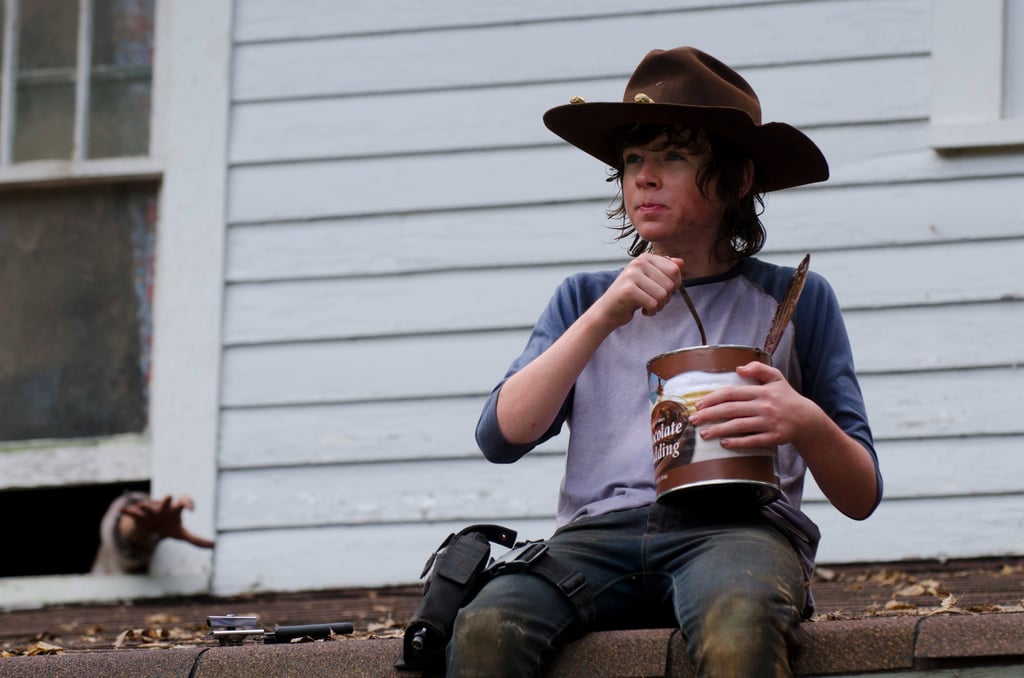 It's hard to believe there was ever a time Carl wasn't a fan favorite on The Walking Dead. Chandler Riggs, 17, has risen to become one of the most beloved characters on the show, simply because he is such a badass. But in real life, Riggs is proving to be just as awesome as he is on screen. His funny tweets have revealed more of his offscreen personality to his fans. Keep reading to see why you'd want to hang with Carl during a zombie apocalypse.