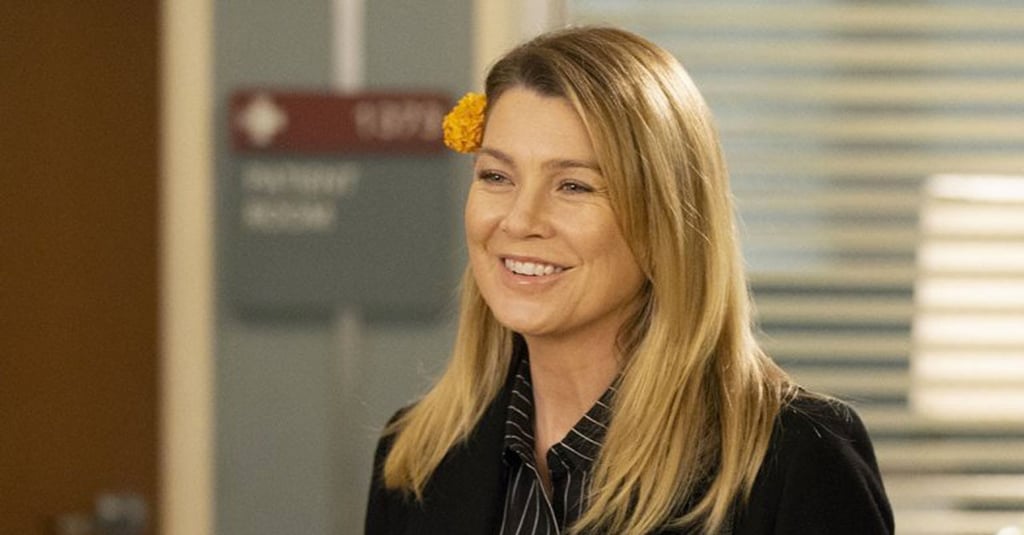 Grey's Anatomy's most recent season might be all about love, but the most recent episode, which aired on Nov. 1, took a dip into more emotional territory.

The literal ghosts of Meredith Grey's past — like George, Derek, Mark, Lexie, her mother Ellis, and even her dog Doc — came back in a shocking-but-sweet montage at the end of "Flowers Grow Out of My Grave." As Meredith happily strolls through the hospital and reminisces about the loved ones she's lost over the years, they pop up in the halls in the perfect ode to the Day of the Dead (Dia de los Muertos).

On top of seeing familiar faces like Patrick Dempsey, T.R. Knight, and Chyler Leigh, the ABC series also brought back a familiar tune: "Chasing Cars." The song was originally performed by Snow Patrol and made iconic by the show in a gut-wrenching season two episode, but this time around, Grey's opted to give it an update in honor of the holiday by featuring a Spanish-language cover by the band Moon and Sun.

"We were trying to figure out what song would play over that sequence and Kiley suggested playing an iconic Grey's song and having it be covered in Spanish," showrunner Krista Vernoff explained to The Hollywood Reporter. "That was her idea. As soon as she said it, I said, 'Oh my God it has to be 'Chasing Cars!'' I mean how many times has that song played? It's always our go-to. It felt like the most beautiful way to pay tribute to the history of the show while keeping alive the culture that we were celebrating with this episode. We commissioned that song. It's by Moon and Sun, featuring Israel De Corcho."

TV
Behold, 26 Incredibly Talented (and Handsome) Asian Actors Who Deserve to Be Leading Men
by Monica Sisavat 17 hours ago

TV
Cruel Summer: A Clear Breakdown of the Timeline Between 1993 and 1995
by Kamrun Nesa 19 hours ago

Netflix
The Sons of Sam: Who Was Roy Radin? How He Was Potentially Linked to David Berkowitz
by Stacey Nguyen 20 hours ago

Netflix
The Sons of Sam: Who Was John Wheat Carr, and What Happened to Him?
by Stacey Nguyen 21 hours ago