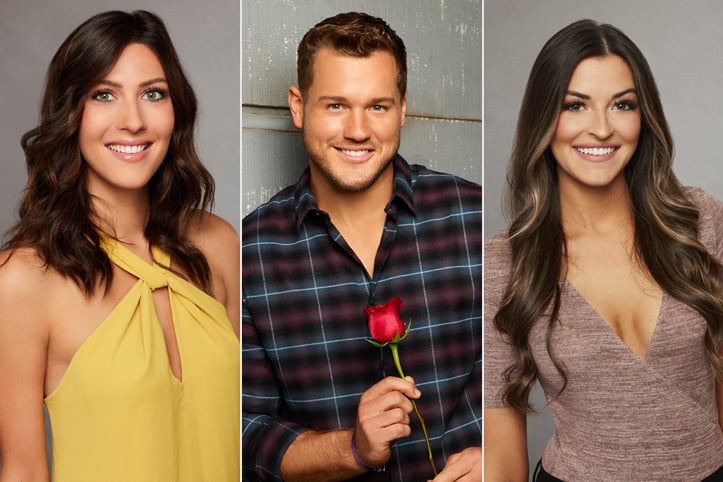 No hard feelings here! Ahead of The Bachelor premiere, Colton Underwood received support from his exes, Tia Booth and Becca Kufrin, on social media. "Hey @coltonunderwoodremember that time you wore a sleeveless sweatshirt at the beach and we realized we were 0% compatible and solely meant to be supportive friends? . . . Well here's my support," Tia wrote alongside a photo of them at the gym. "Now keep your damn shirt on and go find you a gal 🌹"

Becca, who was the Bachelorette last season, also chimed in by sharing a photo of them popping confetti in front of the Bachelor mansion. "Colton, as you once told me 'let's get tonight poppin," she wrote. "So go get em tiger! Excited to meet your women and have you take us on your lurve journey (drink). It's going to be one helluva ride, but hopefully worth every second. All my love and support to you because you deserve it 💖 #thebachelor."

Related:
8 Important — and Hilarious — Things That Happen in Colton's First Episode of The Bachelor

The three made headlines for their infamous love triangle on Becca's season of The Bachelorette. Tia previously dated Colton before filming, and since Tia and Becca are close friends, things became a bit complicated when they all appeared on the show together. Things all came to a head when Tia confessed to Becca that she still had feelings for Colton. As a result, Becca sent him home and Tia and Colton reunited on Bachelor in Paradise. Though, as you can tell, they eventually decided they were better off as friends. These days, Tia is happily taken, Becca is engaged to Bachelorette winner Garrett Yrigoyen, and Colton is, well, looking for love again on The Bachelor.