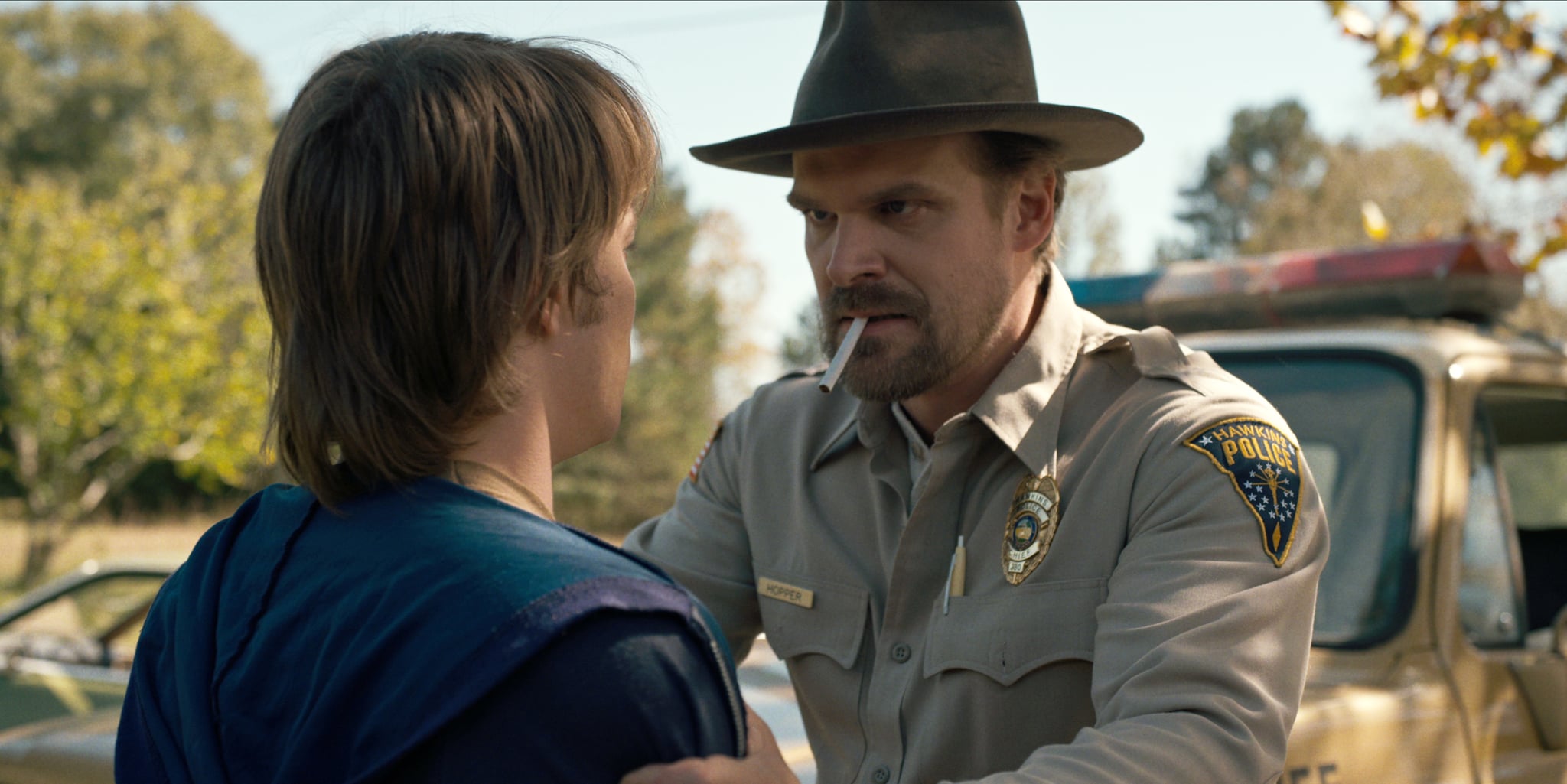 We're all impatiently waiting for season two of Stranger Things to hit Netflix, but the teasers can only hold us over for so long! There's good news for fans: the hit series received a whopping 18 Emmy nominations. In the outstanding supporting actor in a drama series category, David Harbour is nominated for his role as Jim Hopper. But where else have you seen the actor before?

While the chief of Hawkins PD is probably his most well-known role, Harbour has been acting since 1999. On the TV front, he started out with guest appearances. If you're an obsessive Law & Order watcher, you might've caught one of his several episodes across the franchise. He's also had supporting roles on shows like Pan Am, The Newsroom, Rake, Manhattan, and State of Affairs.

Harbour has also appeared in quite a few films, including acclaimed and star-studded flicks like Brokeback Mountain, Revolutionary Road, Quantum of Solace, End of Watch, and Black Mass. He's also appeared in comic book films The Green Hornet and Suicide Squad, both of which surely prepared him for his (rumored) next big role as the titular character in 2018's Hellboy: Rise of the Blood Queen.

The Emmys won't be Harbour's first foray into award shows. Stranger Things has previously been nominated for awards, including the SAG Award which the cast won. When accepting it, Harbour gave an unforgettable speech in which he criticized Donald Trump's immigration ban and spoke about acceptance with an unmatched fervor. His cast members wildly cheered him on, and Winona Ryder gave us so many GIF-able expressions. If Harbour gets to make another speech at the Emmys, we have no doubt that it'll be just as amazing.

Hulu
This May Be Shrill’s Final Season, But We'll Jam to This Soundtrack For Life
by Amanda Davis 1 hour ago

Nostalgia
The One Where They Get Back Together: Watch the First Teaser For the Friends Reunion
by Monica Sisavat 7 hours ago

Dua Lipa
Perhaps You Noticed Dua Lipa's Pearl Orb Choker Necklace? Everyone on TikTok Did Too
by Sarah Wasilak 9 hours ago